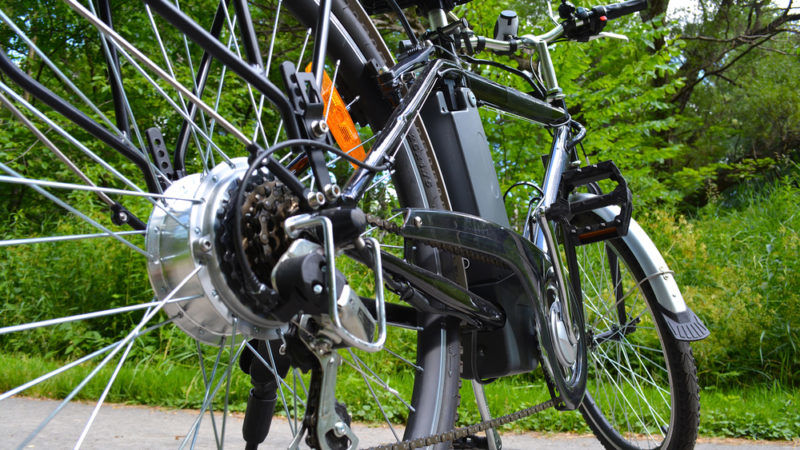 A market worth fighting for: 10% of EU bike sales are currently electric, with that figure predicted to rise to a quarter soon. [Shutterstock]

The European Bicycle Manufacturers Association (EBMA) lodged the complaint alleging dumping of e-bikes by Chinese companies which they say are flooding the market at prices sometimes below the cost of production.

The Commission has until late October to determine whether to start an investigation.

The EBMA is also preparing a related complaint alleging illegal subsidies and asking for registration of Chinese e-bike imports, which could allow eventual duties to be backdated.

Such an investigation would be the latest in a string of probes into Chinese exports ranging from solar panels to steel and could raise trade tensions with Beijing, particularly with a subsidy inquiry into the support provided by the Chinese state.

Bicycles have already been a flashpoint. The EU blamed China last December for scuppering a global environmental trade deal by insisting that bicycles be included as a tariff-free green product. Chinese conventional bicycles have been subject to EU anti-dumping duties since 1993.

EBMA secretary-general Moreno Fioravanti said Europeans buy some 20 million bicycles per year, of which about 10% are now e-bikes, with the potential to rise to a quarter within five years.

European companies had pioneered the pedal-assist technology that e-bikes use and had invested about €1 billion last year, he said, but was risking losing its industry to China.

“Today the European bikes are the best in the world and we have to invest every year to renew the range. The Chinese are getting the money from the government and the subsidies have an impact of 30, 40, even 50 percent of the price of the product,” Fioravanti said.