A contingency of trade unions came out in solidarity with Hong Kong pro-democracy campaigners on Monday (2 September), with a group in Brussels calling for Europe to lead the way in ensuring that human rights are eroded no further in the region, amid greater political pressure from Beijing.

Protests in Hong Kong are now in their twelfth week, following demonstrations against a planned extradition bill that would have given Hong Kong authorities the right to deport criminals from the city to mainland China.

Hong Kong was returned to China in 1997 following 156 years of British rule and has since been considered a semi-autonomous region of the Chinese state, under the principle of “one country, two systems”, allowing Hong Kongers the right to certain civil liberties not permitted in China.

However, many in the city feel that these rights are being gradually withdrawn, by way of attempts of political reform emanating from the Chinese central government in Beijing – including bids for education reform in 2012 and electoral reform in 2014.

The grouping of trade unions on Monday, led by the International Trade Union Confederation (ITUC), assembled at the Hong Kong Economic and Trade Office in Brussels and met representatives from the mission, in order to convey their concerns about the ongoing situation in Hong Kong.

Also in attendance were Trade Union representatives from Belgian groups ACV-CSC, ABVV-FGTB, ACLVB-CGSLB, in addition to Education International and the International Federation of Journalists.

Director of the ITUC Human and Trade Union Rights department, Jeroen Beirnaert, told EURACTIV on Monday that the EU could demonstrate its commitment to its core liberal values by taking into account the erosion of human rights in Hong Kong as part of any future trade negotiations.

“When the EU takes part in any future commercial negotiations with Hong Kong, they should take up these issues as a precondition for further economic engagement rather than the other way around.”

Beirnaert added tat the EU should be consistent in its core values, and ensure that when such principles are seen to be flouted on the world stage, the bloc should not be apprehensive in declaring its position.

Meanwhile, David Edwards, General Secretary of Education International, a union representing 32 million teachers in 174 countries worldwide, thinks that the situation in Hong Kong is a test for European leadership.

The group became involved in the Hong Kong debate following reports of alleged police brutality against teachers and education professionals taking part in peaceful protests in the city.

“For the incoming European Commission, this is a real test of their leadership,” Edwards told EURACTIV. “Europe is needed more than ever before and in a planet where world leaders are stepping away from the responsibilities to democracy and fundamental human rights.” 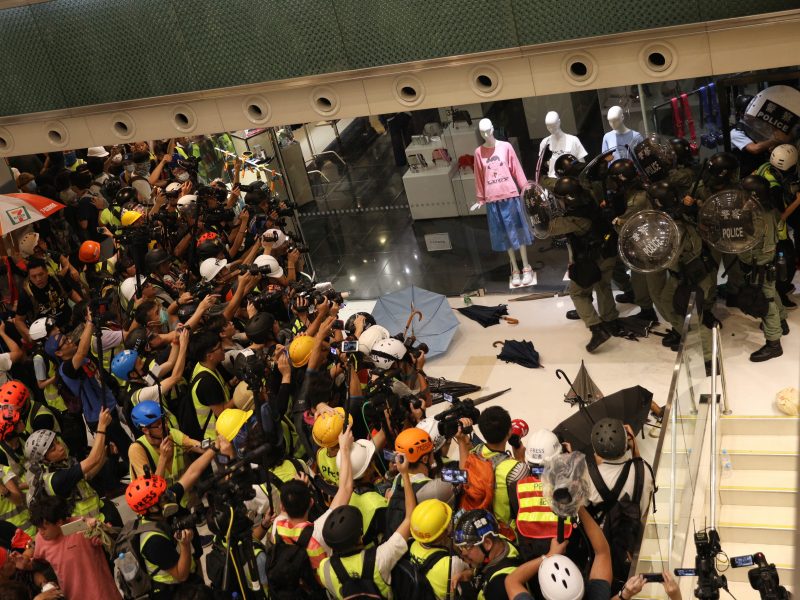 The European Parliament took a stance against the Hong Kong government’s recent attempt to adopt a controversial extradition bill on Thursday (18 July), a matter of hours after the Chinese state accused EU lawmakers of “ignorance, prejudice and hypocrisy” for presenting the resolution.

In addition to the alleged erosion of human rights in Hong Kong, the ITUC on Monday came out in support of the five demands put forward by the Hong Kong protesters, which include a complete withdrawal of the extradition bill, the resignation of Hong Kong Chief Executive Carrie Lam, the release and exoneration of arrested protestors, extraction of the term ‘riot’ from government reporting of the demonstrations, and an independent enquiry into reports of police brutality during the protests.

In addition, a letter penned by the ITUC to the Hong Kong Economic and Trade Office in Brussels called for the people of Hong Kong to be allowed to “exercise their fundamental and inalienable human rights to freedom of association, assembly, speech and the right to strike.”

This call was echoed by ITUC Deputy General Secretary, Owen Tudor, who told EURACTIV that if Hong Kong “wouldn’t be as effective as a financial centre” should the liberal freedoms that it has enjoyed for years were to be gradually taken away.

Tudor also welcomed the recent comments from Mogherini, who came out on Friday with her strongest gesture of support so far for pro-democracy campaigners in Hong Kong.

“We expect the authorities in Hong Kong to respect the freedom of assembly, expression and association as well as the right of people to demonstrate peacefully”, she said, speaking after a meeting of EU foreign ministers in Helsinki.

“We will continue to pass messages publicly and privately and continue to work for the situation not to continue to go into the wrong direction but rather the opposite, to reverse to a more positive trend,” she added.

Her comments came after prominent activists and members of the pro-democracy group Demosisto, Joshua Wong and Agnes Chow, were arrested on 30 August (Friday). Both have since been released on bail and the case has been adjourned until November.

Wong had previously told EURACTIV that Hong Kong’s pro-democracy movement was in need of international support, particularly from Europe and the West.

In July, MEPs in Strasbourg backed a motion to support pro-democracy demonstrators, demanding the Hong Kong government “immediately release and drop all charges against peaceful protesters” and calling for an “investigation into the use of force by Hong Kong police against protesters.”

However, the European Commission as well as EU member states have so far refrained from interfering too directly in the ongoing situation. 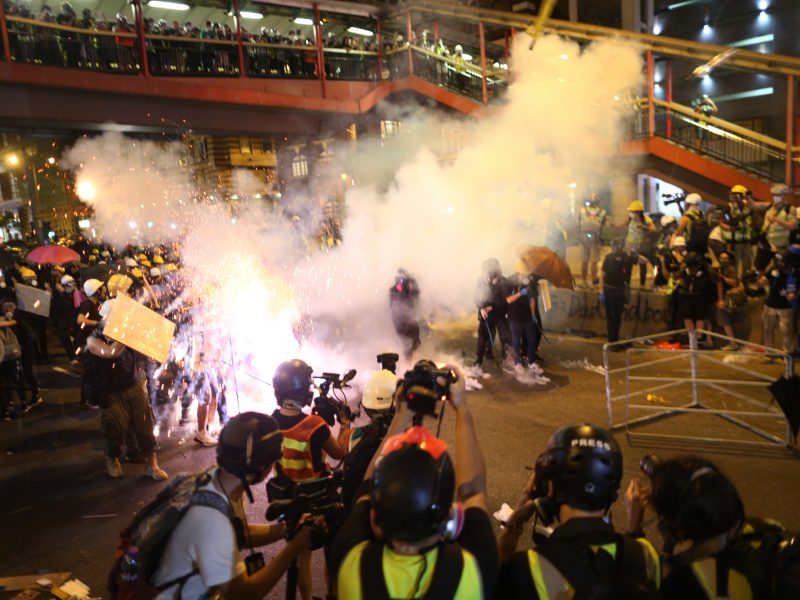