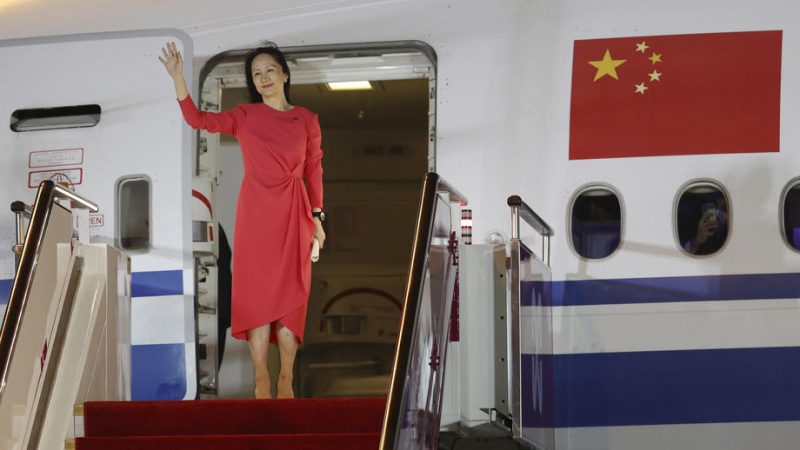 A picture released by Xinhua News Agency shows Huawei's CFO Meng Wanzhou waving at a cheering crowd as she steps out of a charter plane at Shenzhen Bao'an International Airport in Shenzhen, China, 25 September 2021. [Handout photo/EPA/EFE]

The release of Huawei Chief Financial Officer Meng Wanzhou is an opportunity for a reboot of bilateral relations with the United States and Canada but “toxic political rhetoric” could still “poison” the atmosphere”, Chinese state media said on Monday (27 September).

The Global Times tabloid, which backed by the ruling Communist Party, said in an editorial that Meng’s return to China was a sign of easing bilateral economic and trade tensions but accused “anti-China forces” of creating noise, citing US Senator Marco Rubio criticism of her release as an example.

“Whether China-US and China-Canada relations can now take advantage of what is a clear opportunity for a reboot depends on the extent to which Washington and Ottawa are willing to heed the lessons of their rash ploy,” said the state-backed China Daily newspaper in a separate editorial.

Meng arrived in China on Saturday, ending her near three-year US extradition fight, the same day two Canadians detained by Beijing for more than 1,000 days returned home. She was allowed to go home after reaching an agreement with US prosecutors on Friday to end a bank fraud case against her. 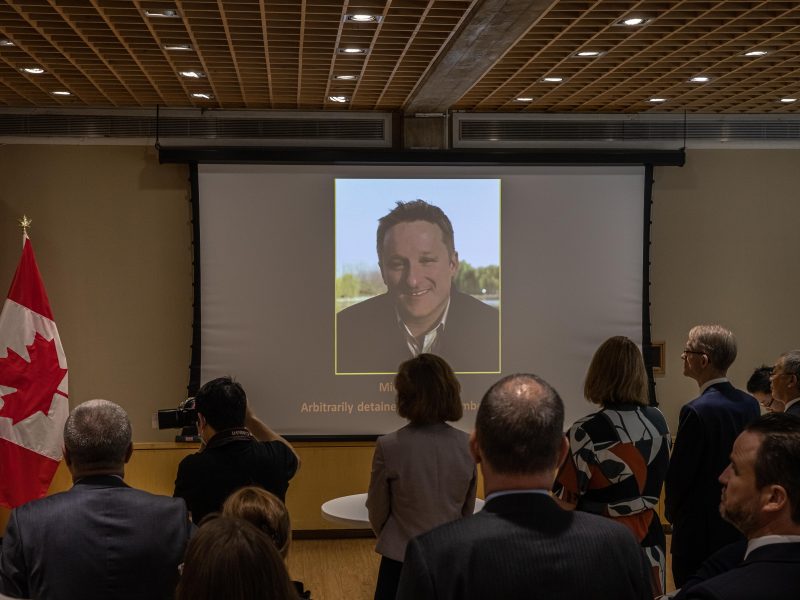 EU condemns sentencing of Canadian for spying in China

The European Union on Wednesday decried the jailing of Canadian businessman Michael Spavor for 11 years in China for spying, saying he had been denied a “fair trial”.

Chinese state media welcomed Meng back over the weekend but were silent about Michael Kovrig and Michael Spavor, who were released hours after Meng on Friday. They had been detained by Chinese authorities just days after Meng’s arrest.

The Global Times, in a separate piece published late on Sunday, said Kovrig and Spavor “confessed their guilt for the crimes they committed in China and were released on bail for medical reasons before they departed China”, citing a source close to the matter.

China’s foreign ministry has not commented publicly on their release.

Spavor was accused of supplying photographs of military equipment to Kovrig and sentenced to 11 years in jail in August. Kovrig had still been awaiting sentencing.

China has previously denied engaging in “hostage diplomacy”, insisting that the arrest and detention of the Canadians was not tied in any way to the proceedings against Meng.