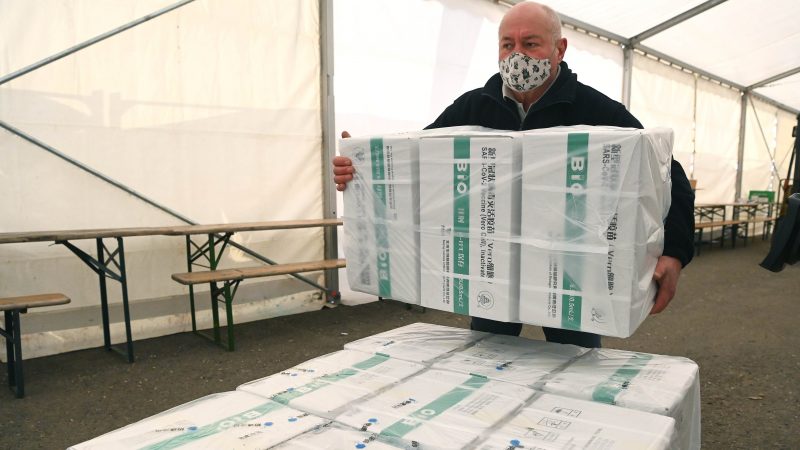 File photo. An employee unloads the newly arrived coronavirus vaccines from Chinese pharmaceutical company Sinopharm at the logistics base set up to in the parking lot of the government office in the 13th district of Budapest, Hungary, 29 March 2021. [Noemi Bruzak/EPA/EFE]

Countries around the world are looking at ways to show that people have COVID-19 immunity and can travel, although airports, border agencies and airlines are worried there will be no clear global standard that will be accepted at all borders.

Hungary, a country of 10 million, has been at the forefront of the European Union’s (EU) inoculation drive thanks to the large-scale import of Russian and Chinese vaccines, while its per capita COVID-19 death rate is currently the highest in the world, according to Worldometers.info.

Budapest will coordinate over the mutual acceptance of vaccination cards with any country open to the idea, Prime Minister Viktor Orbán’s chief of staff Gergely Gulyas said without naming any countries.

Hungary is the only EU country to authorise and deploy Russian and Chinese shots before approval by the bloc’s drugs regulator.

Szijjártó said Chinese shipments to Hungary exceeded 2 million vaccine doses on Thursday as part of a contract of 5 million doses the country will import from China. Its largest supplier is Pfizer-BioNTech, which will sell more than 10 million doses to Hungary.

As of Tuesday, Hungary had received 3.5 million Sputnik V and Sinopharm vaccines and 3.6 million shots under the EU’s procurement process, including from Pfizer, Moderna and AstraZeneca.

As of Thursday, Hungary had inoculated 3.87 million people, representing nearly 40% of its population, while the number of total cases rose to 776,983 with 27,358 deaths.

Gulyas added that Hungary expected to reach 4 million COVID-19 inoculations on Friday, meaning a further round of easing measures announced earlier could be implemented.

The measures include pushing back an 11 p.m. curfew to midnight, allowing indoor dining in restaurants and the reopening of zoos, museums, cinemas and libraries for those who have obtained vaccine certificates.