Hungary’s government said on Thursday (14 January) it has reached a deal with China’s Sinopharm to buy its coronavirus vaccine, the country’s latest move to break away from Brussels as it tries to speed up inoculations to lift curbs on the economy.

Hungary would be the first EU country to accept a Chinese vaccine if approved by Hungarian authorities. Under European Union rules it would have to give an ultra-fast emergency use approval, rather than waiting for the European drug regulator EMA to give the go-ahead for the Chinese vaccine.

Britain took a similar approach in December before it exited the bloc. It approved Pfizer Inc’s COVID-19 vaccine on 2 December, jumping ahead of the rest of the world in the race to begin a mass inoculation programme.

Hungary’s nationalist government has sharply criticised the EU for what it said were way too slow vaccine purchases and deliveries that now threatened an economic rebound.

Foreign Minister Péter Szijjártó said in a Facebook post on Thursday that due to the “scandalously” slow vaccine procurements of the European Commission, a fast rollout of vaccines could not happen early this year.

“If we look beyond the EU’s borders, we can see that in the US, in Britain and in Israel, people are vaccinated at warp speed,” Szijjártó said.

The government also passed a decree on Thursday allowing it to start procurements outside the EU’s centralised scheme.

Beyond the supply bottlenecks, Hungarians are fairly sceptical about the new vaccines, with just about one in five people definitely planning to get a shot based on a late-December survey by the Central Statistics Office.

Prime Minister Viktor Orbán’s chief of staff Gergely Gulyas told a briefing on Thursday that vaccine shipments under the EU’s programme were arriving too slowly, with weekly shipments of less than 100,000 doses, and Hungary would continue talks with Russia and China about additional vaccine purchases. 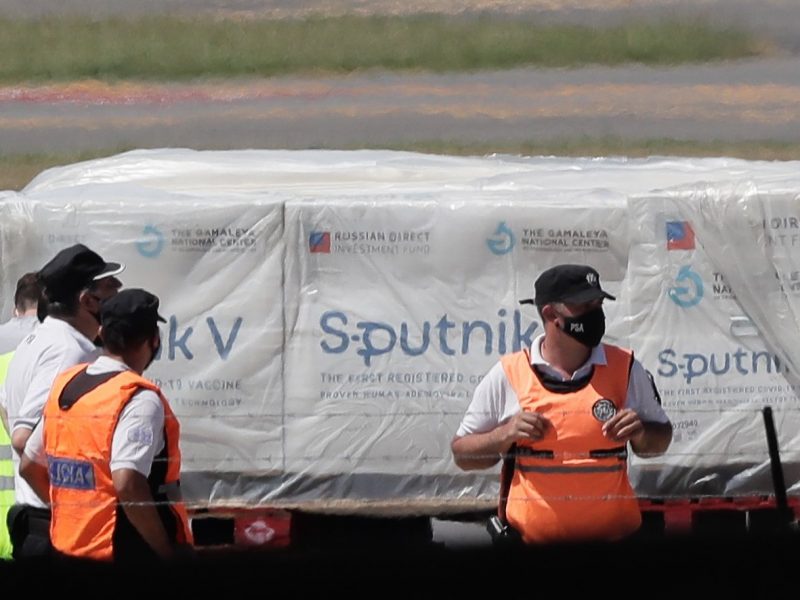 “We have practically made an agreement with Sinopharm,” Gulyas said. “The first shipment could include up to one million doses.”

The timing of the Chinese shipment depends on how fast Hungarian health authorities authorize use of Sinopharm’s vaccine, which has been used to immunise some 20 million people, he added.

Gulyas said the second wave of the pandemic has peaked in Hungary and new infections have dropped but restrictions cannot be eased yet.

China approved the shot developed by Sinopharm’s BIBP in late December, its first COVID-19 vaccine for general public use.

No detailed efficacy data of the vaccine has been publicly released but BIBP has said the vaccine is 79.34% effective in preventing the disease based on interim data. Pakistan has already negotiated a supply deal for the vaccine.

The vaccine, along with another candidate developed by a Wuhan-based subsidiary of Sinopharm, is included in China’s emergency use programme launched in July, which targets limited groups of people facing high risk of virus exposure.

Since 11 November, all secondary schools have been closed in Hungary, as have hotels and restaurants except for takeaway meals, a 1900 GMT curfew has been in place, and gatherings have been banned.