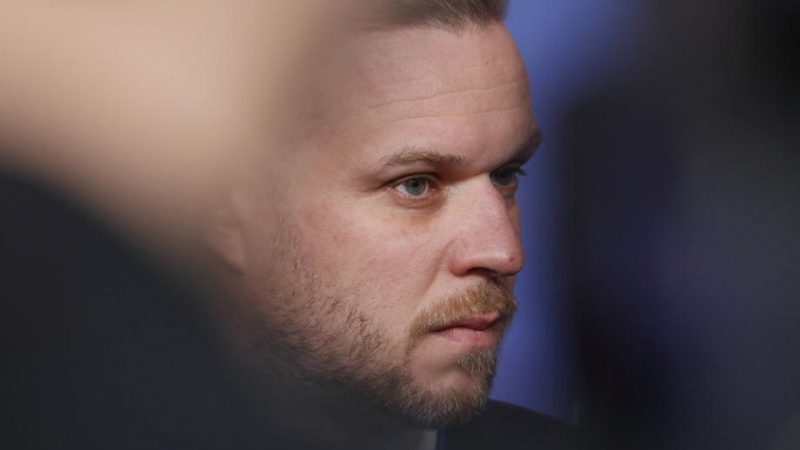 Lithuanian Foreign Minister Gabrielius Landsbergis addresses a doorstep press conference prior to a NATO Foreign Ministers meeting in Riga, Latvia, 30 November 2021. Modifying the Chinese version of the representation name to refer to "Taiwanese people" rather than to Taiwan, was reportedly proposed by Landsbergis to President Gitanas Nauseda as a way to reduce the tensions with China. [EPA-EFE/TOMS KALNINS]

The self-ruled island that China views as part of its territory has other offices in Europe and the United States but they use the name of the city Taipei, avoiding reference to the island itself.

The row erupted after the Baltic state allowed the opening of the Taiwanese Representation office in Vilnius.

China has downgraded its diplomatic relationship with Lithuania and pressed multinationals to sever ties with the country or face exclusion from its market. 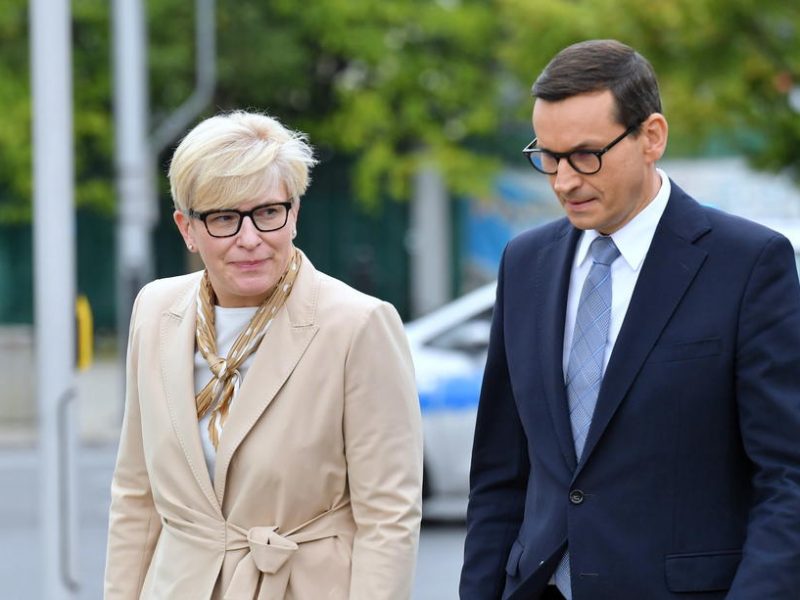 That is an unusually harsh move that has dragged companies into a political dispute and placed Beijing on a collision course with the European Union.

Modifying the Chinese version of the representation name to refer to “Taiwanese people” rather than to Taiwan, was last week proposed by Lithuanian Foreign Minister Gabrielius Landsbergis to President Gitanas Nauseda as a way to reduce the tensions with China, sources said.

The change, which would bring the name in line with those used in Lithuanian and English, would need Taiwan’s agreement.

The President’s office refused to comment. The Ministry of Foreign Affairs did not reply to a request for comment.

Taiwan has not received a request to change the name of its de facto embassy in Lithuania, its foreign ministry said on Wednesday (26 January).

A EU diplomat told EURACTIV that EU members had maintained relations with Taiwan while avoiding a conflict with China, and that Lithuania had “broken the rules” on its own.

It is not possible for any single gesture by Lithuania to change China’s attitude, said Linas Kojala, who heads the Vilnius Eastern European Studies Centre think-tank.

“The government probably wants to emphasise that the office represents not Taiwan as a political entity, but the Taiwanese people with whom Lithuania wants to establish cultural, economic and other relationships,” he said.

Chinese tabloid newspaper the Global Times published an article on Saturday (22 January) saying that “it will take much more than just renaming the office” for Lithuania to mend its relationship with China.

“Lithuania needs to make substantial adjustments to its overall China policy, rather than completely follow the US’ agenda,” said the article in The Global Times, which is published by the People’s Daily, the official newspaper of China’s ruling Communist Party.