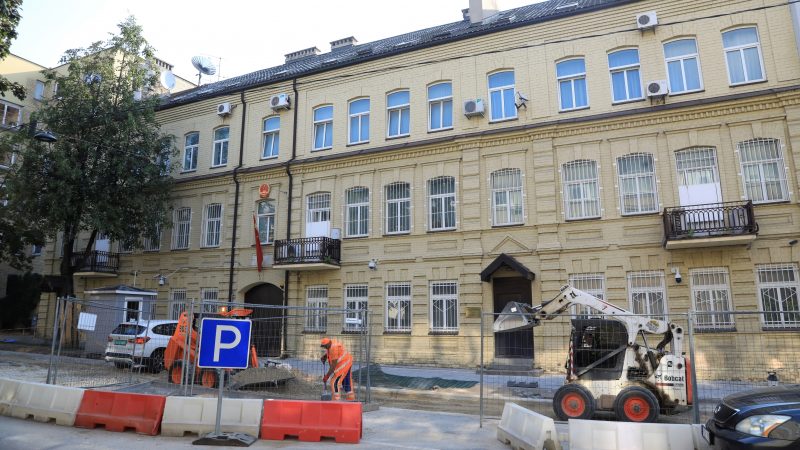 A view of reconstruction works outside the Chinese Embassy building in Vilnius, Lithuania, 23 July 2021. This week, Taiwan announced the opening of a de facto embassy in Lithuania, calling it the 'Taiwanese Representation in Lithuania'. China opposes any form of official exchanges between the island of Taiwan and countries that have diplomatic ties with China and urge Lithuania to adhere to the one-China principle and abide by the commitment of bilateral diplomatic relations. [EPA-EFE/VALDA KALNINA]

The spat erupted last month when Taiwan, which China considers to be part of its territory, said it was setting up a representative office in Vilnius under the name “Taiwan” instead of “Taipei” — an act Beijing interprets as a diplomatic insult.

In protest, the Chinese foreign ministry on Tuesday (10 August) demanded that Lithuanian Ambassador Diana Mickeviciene be recalled, and said it would withdraw the Chinese envoy to Lithuania.

Mickeviciene had just travelled back to the Chinese capital when she was told she would have to return to Vilnius as soon as possible.

“I have just arrived in Beijing… to be informed that I am being asked to leave,” she told AFP in an email late Wednesday.

Mickeviciene added she has to undergo a mandatory 21-day quarantine “but will be leaving once it is over and I am able to move”.

“While respecting the principle of one China, (Lithuania) is determined to develop mutually beneficial relations with Taiwan,” the ministry said in a statement.

The European Union echoed the “regret” at Beijing’s response, which marked the first time China has recalled an envoy from a member of the bloc over a Taiwanese office.

China’s foreign ministry reiterated Wednesday that the establishment of an office under the name Taiwan “severely harms Chinese sovereignty and territorial integrity, and severely violates the One China Principle”.

“China has the right and should make a legitimate and reasonable response,” spokeswoman Hua Chunying said in a statement.

China tries to keep Taipei isolated on the world stage and rejects any official use of the word “Taiwan” in case it lends the island a sense of international legitimacy.

It cut official contact with Taiwan and ramped up diplomatic pressure after the 2016 election of President Tsai Ing-wen, who rejects Beijing’s stance that the self-ruled island is part of “one China” and instead views Taiwan as a de facto sovereign state. 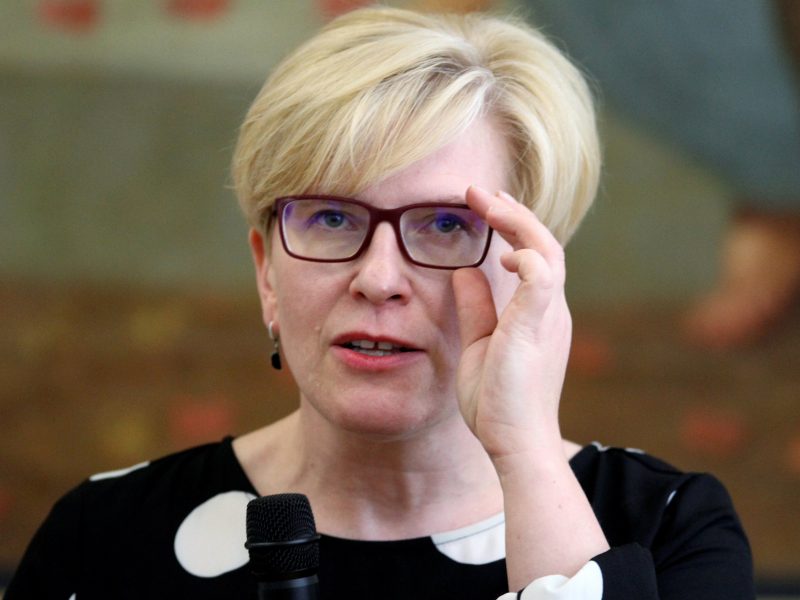 Lithuania to support 'those fighting for freedom' in Taiwan

Lithuania’s new ruling coalition agreed on Monday (9 November) to commit their incoming government to support “those fighting for freedom” in Taiwan, threatening to hurt the small EU member’s relations with China, a potential investor in its main port.