Britain on Tuesday (12 January) accused China of human rights violations amounting to “barbarism” against its Uighur minority, as it announced new rules to ban imports of goods suspected of using forced labour.

The abuses were “on an industrial scale”, said Foreign Secretary Dominic Raab, in strongly worded comments that will do little to improve ties with Beijing strained by its crackdown in Hong Kong. 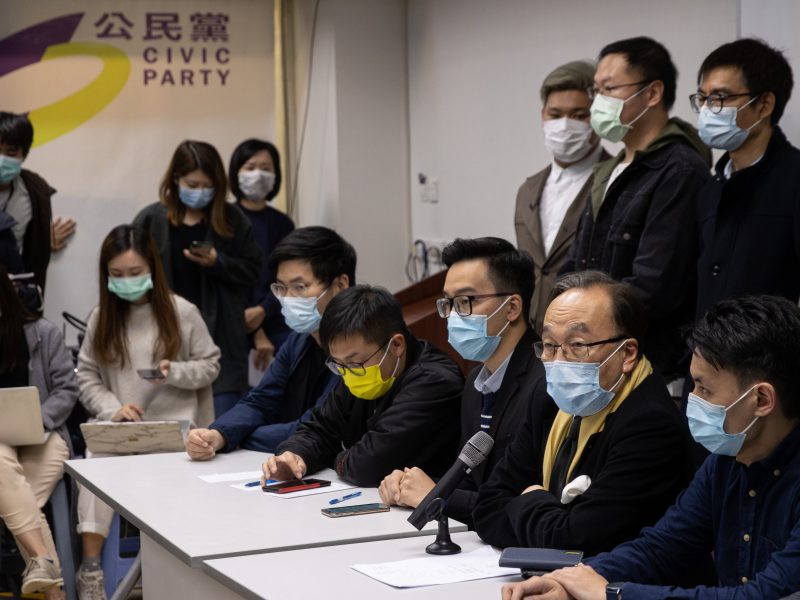 “It is truly horrific barbarism we had hoped lost to another era, in practice today as we speak, in one of the leading members of the international community,” he told parliament.

“We have a moral duty to respond.”

Raab outlined plans to bar British companies which inadvertently or deliberately profit from, or contribute to, human rights violations against the Uighurs in Xinjiang province, northwest China.

The measures included a strengthening of the UK’s Modern Slavery Act to introduce fines for businesses not complying with transparency rules, extending the act to the public sector, and an “urgent review” of export controls around Xinjiang.

The move stands in contrast to a December deal between the European Union and Bijing that would give European companies greater access to Chinese markets and help redress what Europe sees as unbalanced economic ties.

The deal was criticised because of widespread claims of forced labour in Chinese supply chains, and put the EU out of step with like-minded partners including the US, Australia and Britain, which have all sought to check China’s ambitions.

Britain left the EU in January last year, and as of 1 January this year is no longer bound by its rules.

It is hoping to use Brexit as a way to promote a more globally focused Britain beyond Europe.

Its “Global Britain” strategy includes targeted sanctions against human rights violators, which so far has slapped restrictions on individuals and groups from Russia and Saudi Arabia to North Korea.

Britain and China’s relationship has grown increasingly frosty over the last two years, particularly over London’s criticism of the crackdown on democracy campaigners in Hong Kong and its offer of citizenship for its residents.

London has also expressed concerns that the textile industry is not checking carefully enough whether goods from Xinjiang, which supplies nearly a quarter of the world’s cotton, are made using forced labour.

Raab told MPs that action had to be taken to “make sure that UK businesses are not part of the supply chains that lead to the gates of the internment camps in Xinjiang”.

The government needed to ensure that “the products of the human rights violations that take place in those camps don’t end up on the shelves of supermarkets that we shop in here at home week in, week out”, he added.

British retailer Marks and Spencer vowed last week not to use cotton from Xinjiang, as concern grows in the fashion industry about their supply chains.

According to experts, at least one million Uighurs have been detained in recent years in political re-education camps in the huge region of China that borders Afghanistan and Pakistan.

Beijing has dismissed these charges, saying it is operating vocational training centres to counter Islamist radicalism following a series of attacks it attributed to the Muslim group.