The logo and building of the World Health Organization (WHO) headquarters in Geneva, Switzerland, 15 April 2020. [Martial Trezzini/EPA/EFE]

The World Health Organization will on Monday (18 May) kick off its first ever virtual assembly, but fears abound that US-China tensions could derail the strong action needed to address the COVID-19 crisis.

The World Health Assembly (WHA), which has been trimmed from the usual three weeks to just two days, Monday and Tuesday, is expected to focus almost solely on COVID-19, which in a matter of months has killed more than 310,000 globally, and infected nearly 4.7 million.

A number of heads of state, government chiefs, health ministers and other dignitaries are expected to attend the meeting, which is due to kick off around noon on Monday.

WHO chief Tedros Adhanom Ghebreyesus said on Friday the event would be “one of the most important since we were founded in 1948”.

But the chance of reaching agreement on global measures to address the crisis could be threatened by steadily deteriorating relations between the world’s two largest economies over the pandemic.

US President Donald Trump last week threatened to cut ties with China, where the outbreak began late last year, over its role in the spread of COVID-19, and has repeatedly made unproven allegations that the virus originated in a Chinese lab.

He has also suspended funding to the WHO over allegations it initially downplayed the seriousness of the outbreak, and was kowtowing to Beijing.

Despite the tensions, countries hope to adopt by consensus a resolution urging a joint response to the pandemic.

The resolution, tabled by the European Union, calls for an “impartial, independent and comprehensive evaluation” of the international response to the COVID crisis. 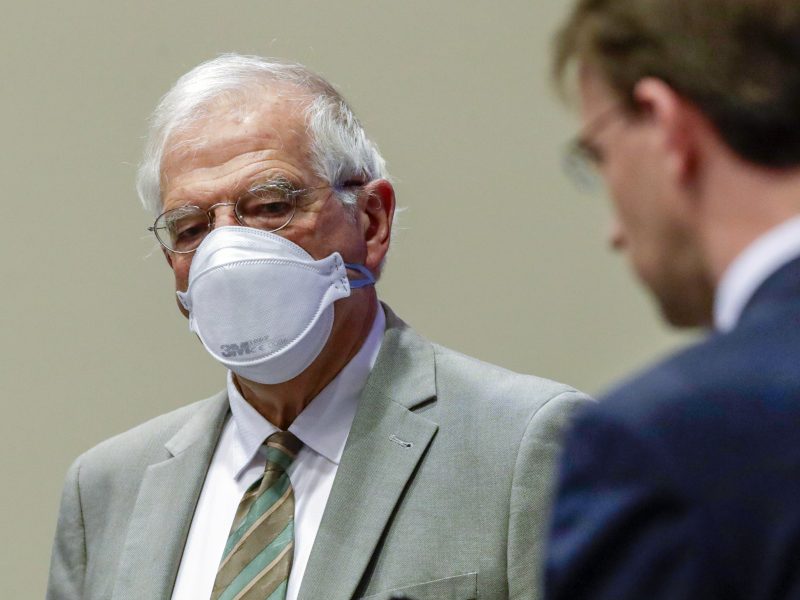 Consultations around the text concluded last week after “tough” negotiations, according to Nora Kronig, who heads the international affairs division of Switzerland’s public health office.

After several days, a tentative agreement was reached to approve the resolution, which also calls for more equitable access for tests, medical equipment, potential treatments and a possible future vaccine.

An EU source hailed the draft as “ambitious”, and pointed out that if it does indeed pass by consensus as expected, it would mark the first time a global forum has achieved unanimous support for a text on the COVID-19 response.

The source said countries had not shied away from thorny topics, including a call for more WHO reform after determining that its capacities “have proven insufficient to prevent a crisis of this magnitude”.

The resolution also calls for the WHO to work closely with other international agencies and countries to identify the animal source of the virus and figure out how it first jumped to humans.

While diplomats have agreed in principle on the draft resolution, observers voiced concerns that in the current politicised atmosphere, some countries might still choose to break the consensus next week.

“My hope is that we will be able to join consensus,” US Ambassador to the United Nations in Geneva Andrew Bremberg said Friday.

The United States and Europe are at loggerheads over future vaccine access, while Washington has also accused China of trying to steal US immunisation research.

And Washington is also leading a number of countries in demanding that the WHO end its exclusion of Taiwan — considered by Beijing to be part of its territory — and allow it to access next week’s assembly as an observer.

‘Some Taiwan participation a ‘minimum’

“While this has been an ongoing concern for several years, this has taken on a heightened attention this year in response to the global pandemic,” Bremberg said.

“Allowing for some sort of meaningful participation would seem to be the minimum that the WHO could do.”

The UN health agency has, however, insisted that such a move would require a resolution by member states, who in 1972 decided Beijing was China’s sole legitimate representative.

It has also suggested it can only issue an invite with Beijing’s blessing.

Taiwan was invited to attend the WHA for a number of years as an observer, but that stopped in 2016, with the entrance of a new Taiwanese president, Tsai Ing-wen, who refuses to recognise the concept that Taiwan is part of “one China”.

Nearly 15 countries, including Belize, Guatemala, the Marshall Islands and Honduras, have written to Tedros asking that the question of Taiwan’s participation be added to the agenda.

The United States, which will be represented during the assembly by Health Secretary Alex Azar, is meanwhile not among the countries who are asking the WHA to make a call on the issue of Taiwan’s participation.

Several diplomatic sources cautioned that putting this issue to a vote even under normal conditions would be a drawn-out process, and that doing so during a short, virtual meeting would be an unsurmountable logistical challenge.

It would “torpedo” the entire assembly, one diplomatic source warned.