China, the new Atlantis between the United States and Europe? 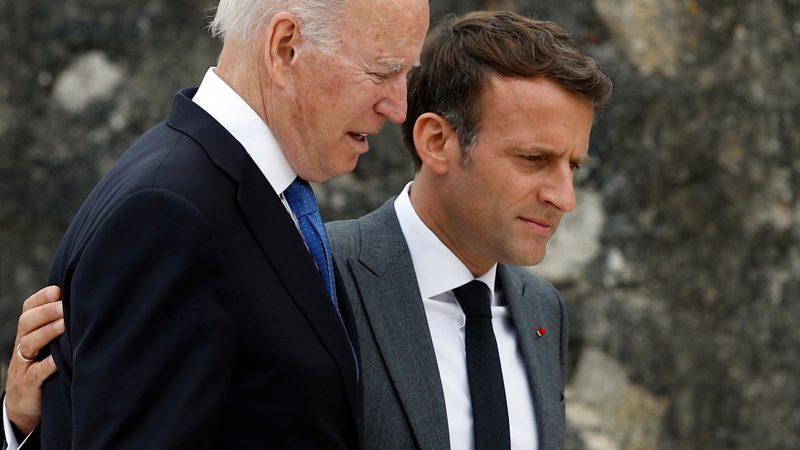 During the recent tour of US President Joe Biden to Europe, EU nations continued to resist taking sides, its leaders instead repeating the term “strategic autonomy”, writes Joël Ruet.

Dr Joël Ruet is an economist at CNRS (National Centre for Scientific Research in France) and president of The Bridge Tank, a G20 affiliated think tank.

Biden’s recent tour to Europe, during the recent series of world summits, from the G7 to EU-US through NATO, was way more China-centric than the geography of these summits would have usually allowed in the past.

Under Biden’s new administration, the United States has steadily developed a more aggressive stance towards China in continuation with the Trump era. In contrast to the Trump era, however, during which the former American president referred to a “rival” EU, this year’s G7 was widely advertised and commented on in the press as one to “reunite” in order to “confront China”, amid growing fears of cybersecurity and the preservation of democratic values.

And they are not alone. By inviting “Indo-Pacific” countries (India, Australia, South Korea, South Africa) to attend this G7 meeting, its British presidency wanted not only to foreshadow a political shift prefiguring the “D10” of democracies, a congregation project dear to Boris Johnson, but also to make room for America to discuss its position on China with like-minded countries.

However, rather than aligning itself explicitly with the United States, European leaders have emphasised “strategic autonomy”. The summit’s final statement is cautious; across 27 pages, China is mentioned only 3 times and limited to subjects already known – Hong Kong, Xinjiang, the South China Sea, Taiwan – without bringing in new sanctions or reminders of sanctions already in progress.

In contrast, Africa is mentioned 15 times. A notable change concerns the mention of human “rights violations” whereas the European Union (a participant to the G7) had previously referred to ‘forced labour’ in the agreement in principle on an EU-China investment treaty. But its leaders remain vigilant. French president Emmanuel Macron expressed his wishes for the EU to adopt a more neutral posture “neither subservient to China, nor aligned with the United States on its position on this subject”. Following, Armin Laschet, frontrunner to become Germany’s next chancellor, warned of the dangers of a new cold war against China, agreeing with Angela Merkel that Beijing was as much a partner as a systemic rival.

Italy, through the voice of its Foreign Affairs Minister, just announced Rome’s wish to deepen the collaboration on energy, industry and ‘third party countries’ cooperation with the Belt and Road Initiative, though Rome endorsed the G7 project to build an alternative.

Similar is the analysis by the head of the Soros Foundation in Europe: “Europe does not want to be a ball between the two powers (…). The EU must take on the role of a moderator open to discussion, since it has strong ties with China and its relations bear no resemblance to the logic of rivalry with the United States.”

Macron evoked the construction of a new partnership with the United States based on a “community of values”, but which ultimately allowed Europe to act independently with regards to its Chinese strategy, stating that Europe “needs to build the framework of its strategic autonomy, in economic, industrial, technological and military terms”.

This last aspect was notably discussed at the NATO Summit, where China has taken the place of Russia in the debate, particularly since Biden’s election. While the American president called for the inclusion of “the security challenge posed by China” in the declaration concerning global cybersecurity, Macron argued against this inclusion, calling for a non-confusion of objectives: “NATO is a military organization, the subject of our relationship with China is not only military. NATO is an organization (…) that concerns the North Atlantic, China has little to do with the North Atlantic.” In addition, Jens Stoltenberg, Secretary General of NATO, argued that “China is not our adversary, our enemy”.

But it was during the EU-US Summit, grounded on the themes of technology and sovereignty, that the crux of the problem got reached. Despite the withdrawal of Trump’s excessive demands on aeronautic taxes, Europe’s confidence in America has not yet fully recovered. Europe’s willingness to work with caution with the United States was demonstrated in the establishment of a high-level Trade and Technology Council (TTC), a forum that aims to coordinate key global trade approaches, economic and technology issues based on more profound dialogue and common democratic values.

This  post-liberal approach, at state level, leaves however two questions unanswered: apart from the fact that some European states might be justified in considering that, for example in the field of environmental technologies, the fight against climate change can be achieved through state cooperation with China, does the American approach concern the technological companies themselves, who seek partnerships? Currently, the European industry does not intend to do without, and it is not clear to them that their American counterparts will follow the injunction; on the other hand, all stakeholders attest to the formidable American pressure on European companies.

First, that the North Atlantic has not fully recovered from Trump-sown distrust, and that an aligned alliance policy, if it ever fully existed, may not return. Part of Europe wants to move forward on strategic autonomy. Industrial and economic actors have become accustomed to liberalization, even if they are all aware of the need for a growing carefulness in technological exchanges… whether they look east and/or west. Europe does not want any Trojan horse, neither Chinese nor American, and this is perhaps the lesson to be learned from the failure of both the agreement on investment with China and from the half-hearted success of the American proposals. Room needs to be given to Europe’s reflections on technology sovereignty, even more so as, from one sector to another, the continent is sometimes ahead of the game and wants to be a power of technical standards.