This article is part of our special report A circular economy retrospective.

Circular economy wrangling has kept the EU busy for the last few years, from withdrawn policies to far-reaching recycling strategies. The EU’s outgoing environment boss, Karmenu Vella, insists that industry is still critical to waste-reducing efforts and that “there is nothing to gain from waiting”.

Karmenu Vella is the European Commissioner for Environment, Maritime Affairs and Fisheries. He answered questions by EURACTIV’s Sam Morgan.

The EU plastics strategy was hailed as a significant step in trying to curb the amount of waste we produce. Are you convinced that the industry-led approach is still the most effective one?

Absolutely, the role of industry is critical here, because it’s up to them to make it happen. When you look at manufacturing today, only about 6% of European demand from plastics is made up of recycled plastics. The Plastics Strategy sets the objective of achieving at least 10 million tons of recycled plastics into new products on the EU market by 2025. The Single Use Plastic legislation will give the market a push with a mandatory recycled content target for bottles but businesses are the ones who will make that happen.

And we need action at all stages of the plastics cycle, from design and production to recycling and boosting the market for recycled plastic. We need a change in all these fields, from renewable energy and feedstock to product design, new business models and reverse logistics, and improved technologies for recycling. The plastics industry will have to play a significant role in all of that.

That said, we are addressing citizens as well, with better information campaigns and clearer product labelling, focusing on the impact of items like cotton buds, carrier bags and coffee cups, highlighting more sustainable alternatives.

While people are generally well aware of the environmental impact of single-use plastics, often they still need to act on the problem. That’s why we have launched the #ReadyToChange campaign, which helps people resist the lure of single-use plastics, pointing out the downsides and helping them find more sustainable alternatives. 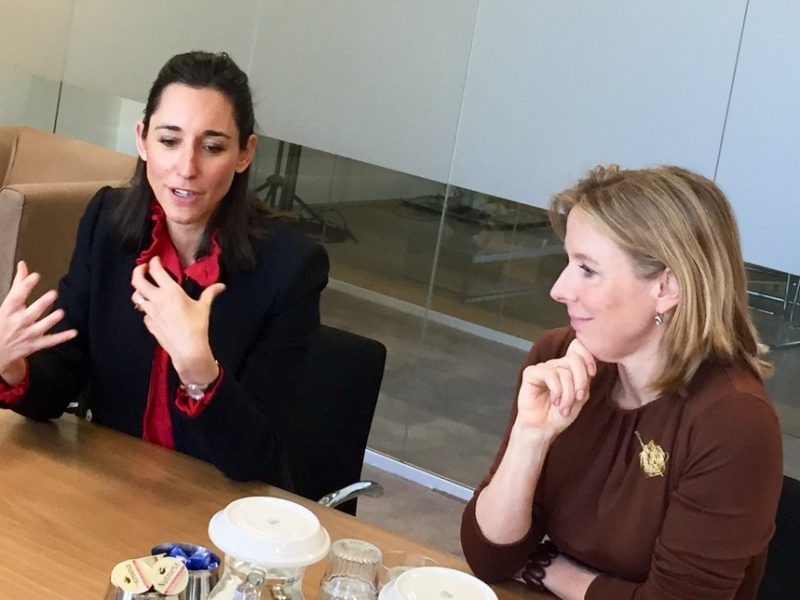 The French and Dutch governments have both penned national pacts that go beyond what EU rules on plastic waste stipulate. On Friday (5 April), they kicked off a process they hope will culminate in a European Plastics Summit in 2020.

The strategy was released in the wake of China’s ban on waste imports and there was a lot of doom-mongering about what we would do with our waste. Were those concerns all for nothing or have we adapted well to the change?

Our plans for a plastics strategy predate the China ban – the main impetus was actually tackling marine litter and developing a circular plastics economy. But the ban made the strategy more important, and indeed those concerns were very real, because a large proportion of our waste was going to China, and there was a significant shortfall in EU processing and recycling capacity.

We don’t have much data yet, but we haven’t seen any major increase in incineration in Europe, for example, although there have been some increased reports of illegal dumping. Worldwide we also see a shift of exports to other third countries but ongoing negotiations on waste management at international level under the Basel Convention include proposals to limit such exports of plastic in the future.

There is nothing to gain by waiting – we need to seize this opportunity. There has never been a better time to invest in greater sorting and recycling capacities, and in innovative recycling technologies. It’s a window during which Europe can take the lead in providing circular solutions for these waste flows. Europe is making a lot of funding available to help speed the transition, but it needs to taken up by the member states.

It was remarkable how quickly the single-use plastics directive went from proposal to fully-fledged law. How do you respond to criticism that it was too rushed? Certain industry players, for example, have criticised the lack of impact assessment for tethered bottle-caps.

EU lawmaking is a very robust process – we do our homework very carefully before we propose any legislation. We did a full impact assessment for the entire proposal, with all the usual stages, including public consultations and stakeholder workshops. And in any case, the controls are built in for all to see. If the European Parliament would have reservations, it can stall the process, and if it isn’t palatable to the member states, then it would be very difficult to pass the legislation through Council.

It is true that some reservations were expressed in certain quarters, but they weren’t sufficient to stall the process. All credit to the other institutions for that – they clearly understood the scale of the problem, the opportunities to industry represented by a new approach, and public demand for change. Plastic bottles and caps are, after all, the most-littered single-use plastic items. People want to see that change.

Also, I think it’s quite good for our reputation as a Commission to show that things can happen quickly. It shows those who see us as a slow lumbering beast that we can be remarkably agile when the circumstances demand it.

Some countries are already there, others are moving more slowly. We have had waste recycling targets for many years, including a plastic packaging target now increased to 55% by 2030, so it’s an evolving situation that we have been monitoring for a long time, and that’s why we published the early warning reports last year. But as we said in those reports, there are many tools available to help member states advance towards recycling targets, and that’s why we developed the country-specific Priority Actions for countries at risk of not achieving them.

We have seen some progress since those reports were adopted – we are in regular contact with these member states, I have already held several high-level seminars on the ground (Virtuous Circle events) to discuss these issues with the authorities and the stakeholders, we’ve worked together to identify the changes that are needed, and there is a good deal of action on the ground.

So yes, there has been progress. Is it enough? Time will tell!

How important has the Circular Plastics Alliance proved to be so far?

The take-up there has been very good. The alliance is looking at many things to facilitate uptake of recycled content, including the collecting and sorting of plastic waste, design for recyclability, recycled contents in products, R&D and investments, and ways to monitor progress. The final meeting of the high-level group is scheduled for September, when we hope to see further commitments made by the industry.

So things are proceeding, and I look forward to results after the summer.

EU climate policy is supposed to act as a model for other regions of the world, so our efforts are not in vain. How confident are you that our sustainability and circular economy policies will be met in the same way?

The strongest argument for a greener, more circular economy has always been the business case. I think it will happen because it’s the logical choice – the only possible choice really, when you want to be low-carbon and resource efficient. So it’s not a question of whether we move to a more circular model or not, it’s a question of how fast it happens.

More and more governments understand this, and that’s why we have such success with the circular economy missions that we take around the globe. The message is getting through, as the circular economy concept moves to the heart of the business world. We saw that very clearly in Davos this year, when the European Commission received a circular economy award at the World Economic Forum. And it’s being picked by governments as well, as we saw at the United Nations Environment summit in March, which saw the adoption of a ministerial declaration that includes a strong recognition of the circular economy as a tool to arrive at sustainable consumption and production patterns.

Change takes time, but these changes are now well underway. I am confident of that.

Do you have a sense of satisfaction looking back of the four years of your mandate? Are you considering another tilt at representing Malta in the next Commission?

When I took up this position, things were delicately poised. I was asked to undertake a major review of our nature protection legislation, and the first circular economy package had been withdrawn, which created a lot of tension and, it must be said, an atmosphere of distrust. But we asked people to judge us by our actions.

Four years on, the results are clear. I oversaw a major strengthening of biodiversity policy through the new EU Action Plan for Nature, for People and the Economy, the circular economy has moved right to the top of the Commission agenda, and as part of that we have a comprehensive strategy on plastics and new waste legislation that is the  most ambitious and modern legislation in the world and a model that is looked at globally.

That’s gratifying, but I wouldn’t describe myself as satisfied. The trends are going in the right direction, but we need to step up the pace in many areas because the long-term targets are demanding, and the real changes are still ahead of us.

I’ll be following those developments very closely, wherever I find myself in years to come.