China’s ban on waste imports has thrown Europe’s paper recycling sector “in a crisis situation,” leading to a chronic oversupply of recovered paper that sent prices plummeting by 300% over the past two years, according to trade group EuRIC.

In July 2017, China notified the WTO that it will ban imports of 24 categories of waste as of January 2018, including plastics and mixed papers, and plans a total phase-out of waste imports by 2019, citing environmental concerns.

While some European recyclers tried putting on a brave face, calling China’s ban “a wake-up call” and “a huge opportunity,” the reality for paper recyclers turns out to be harsher.

In 2018, Europe collected on average 56.5 million tons of recovered paper, using around 48.5 million tons for its own production, according to the European Recycling Industries’ Confederation (EuRIC).

That leaves a gap between supply and demand of more than 8 million tons for recovered paper in Europe, it said in a statement released on Monday (26 August).

“The paper recycling sector is currently in a crisis situation,” EuRIC warned, saying a growing number of companies active in paper collection and recovery had to shut down as a result – a situation it says “is at odds with the objective of moving towards a more circular economy”.

“Europe’s recycling industry can no longer bear such market conditions for a third year in a row,” EuRIC said, calling on policymakers to take action “urgently”. 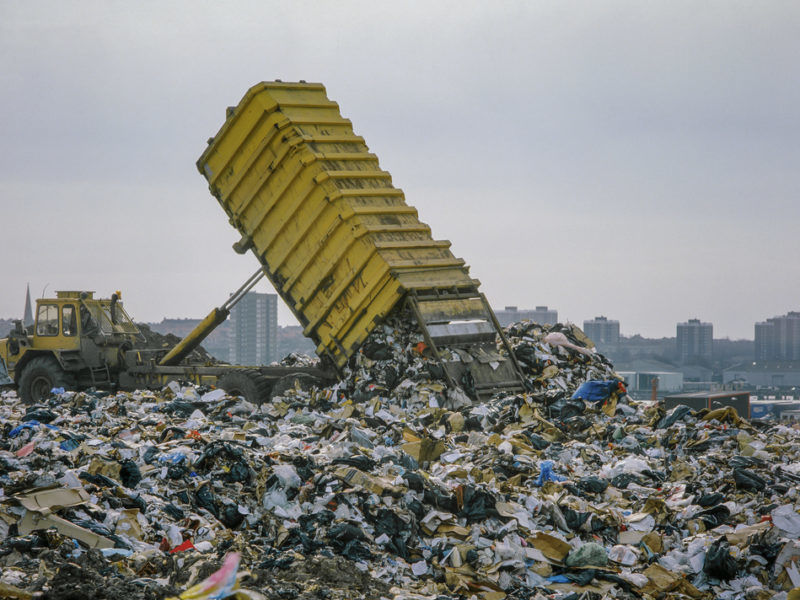 The European Commission was unable to immediately respond to EURACTIV’s request for comment. Contacted on Monday (26 August), it said it had to consult internally before making a statement.

But industry sources say the oversupply situation on European paper markets hardly comes as a surprise and is unlikely to be reversed in the short term.

About half of the paper produced in Europe comes from recycled material, according to the Confederation of European Paper Industries (CEPI), a trade group. And even though new recycling facilities in Europe are currently being built, they will only become available in two to five years.

China’s move to restrict imports “was announced years ago and cannot have come as a surprise to anyone,” CEPI said, laying the blame on “short-sighted speculation” from traders and waste management companies who “have been obsessed in the past by the attractive Asian markets”.

“It shows the need to put the emphasis on quality and work with a supply-chain approach in mind,” CEPI said.

The EU’s paper market used to be balanced before China started importing massive amounts of recovered paper from Europe. This led to over-demand on the European paper market during the 2000s, CEPI said, expressing confidence that the situation will return to normal in a few years.

“The reason why we are a bit less alarmed is that we know the paper industry is investing a lot into new recycling capacity. There may be turbulence on the market in the short term, but in the long term (2 to 5 years), we’re confident,” said Ulrich Leberle, raw materials director at CEPI.

Before China’s waste import ban, “companies couldn’t invest in recycling capacity anymore because competing demand for recyclates coming from China was so strong,” Leberle explained, saying this is now no longer the case.

According to CEPI, several recycling facilities representing investments worth at least half a billion euros each are currently in the pipeline, totalling more than five million tonnes of capacity. However, the market is likely to remain oversupplied until then.

“This paper will eventually be absorbed in Europe,” Leberle told EURACTIV. “And concerning the quality requirements, it’s a positive signal to provide European industry with well-collected paper rather than exporting mixed waste to China, which in any case ends being landfilled because it cannot be used by the Chinese industry either.”