The Commission roadmap, unveiled today, doesn’t contain hard legislation at this stage. Rather, it outlines future measures aimed at cutting waste in areas like textiles, buildings and electronic equipment, which have so far been unaddressed at the EU level.

Some of the Commission’s ideas are sure to generate controversy. Apple Inc., for example, is likely to resist plans to mandate a universal charger for mobile phones. And a new “right to repair”, although likely to prove popular with consumers, will not go down easily with manufacturers of electronic devices.

But the Commission is adamant that going fully circular is the only way forward – not just for the planet but also for business. Applying circular economy principles can increase the EU’s GDP by an additional 0.5% by 2030 and create around 700,000 new jobs, the Commission said in a statement.

“To achieve climate-neutrality by 2050, to preserve our natural environment, and to strengthen our economic competitiveness, requires a fully circular economy,” said Frans Timmermans, the Commission’s vice-president in charge of overseeing the European Green Deal.

Europe’s economy is still mostly linear, Timmermans pointed out, with only 12% of materials recycled and brought back into the economy.

“Many products break down too easily, cannot be reused, repaired or recycled, or are made for single use only,” the Dutchman pointed out, saying the Commission’s new circular economy plan aims to “transform the way products are made and empower consumers to make sustainable choices”.

Half of total greenhouse gas emissions come from resource extraction and processing, the Commission said in the statement, warning that achieving Europe’s climate-neutrality target by 2050 “is not possible” without transitioning to a fully circular economy.

“We only have one Planet Earth and yet, by 2050 we will be consuming as if we had three,” added Virginijus Sinkevičius, the EU’s environment Commissioner. “The new plan will make circularity the mainstream in our lives and speed up the green transition of our economy,” he promised.

Tighter waste and recycling laws are central to the Commission’s plan, with new targets due to be presented as part of a broader revision of EU waste rules. But new targets will only be tabled after a full cost-benefit analysis, explained Sinkevičius.

Highlights of the plan include:

No target on cutting resource use

The action plan builds on a 2015 circular economy roadmap launched under the previous Commission led by Jean-Claude Juncker. Highlights there included new targets on recycling and an EU-wide ban on single-use plastics, which became one of the hallmarks of the Juncker Commission.

But while environmentalists praised the Commission’s efforts, they also pointed out that previous circular EU economy plans have failed to reduce Europe’s overall consumption of natural resources and raw materials.

The new plan will leave them disappointed in this regard: while an overall resource consumption target was considered in earlier drafts, the objective does not appear in the final version of the circular economy action plan.

Another area of disappointment is the lack of measures for energy-intensive industries like steel, cement and chemicals, which environmentalist say would benefit the most from adopting circular approaches.

“Circularity should be one of the main pillars of the industrial transformation, but there is a disconnect on how the Commission approaches this. This gap must be closed in order to reap the full benefits of reusing products and recycling materials,” said Agnese Ruggiero from Carbon Market Watch.

Some NGOs enthusiastic, others not

Green activists were surprisingly divided in their assessment of the Commission’s circular economy plan.

While the European Environmental Bureau (EEB) hailed the plan as “the most ambitious and comprehensive proposal ever put forward to reduce the environmental and climate impact of our products and economic activities,” others called it “a beautiful patchwork” with no real sense of direction.

“The CEAP is a nice patchwork of initiatives pointing in the right direction. Now the EU has to glue the pieces together to ensure that circular zero waste activities are more convenient and economic than the current, failing, linear ones,” said Joan Marc Simon from Zero Waste Europe, a green NGO.

The EEB underlined the Commission’s emphasis on “a truly responsible value chain, from product design and manufacturing to reducing toxicity and cutting waste”. The EEB also welcomed plans to address specific product groups like textiles, electronics, batteries, construction and packaging.

“The Circular Economy Action Plan can be a turning point for sustainability and climate action in Europe, which will hopefully inspire the rest of the world. It shows that the systemic change the people and the planet need is within reach,” said the EEB’s Stéphane Arditi.

“Now the EU institutions and the governments must turn these promises into laws and measures to maximise carbon emissions and resource savings,” Arditi said.

While praising the strategy, the EEB nevertheless regretted that no target was set to reduce the EU’s overall resource use. Waste prevention targets for businesses and industries were also missing, it added. 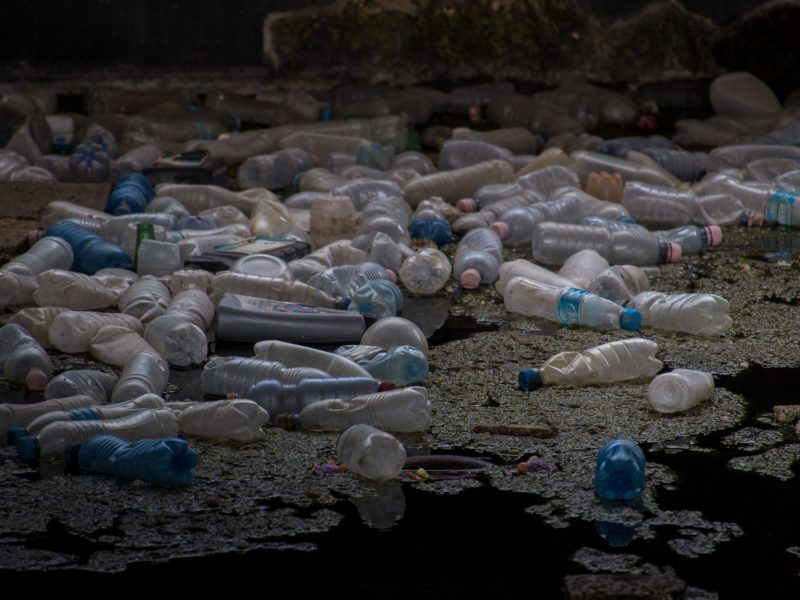 Last year the EU passed ambitious new laws to reduce the consumption of single-use plastics. That same thinking now needs to be applied to the economy as a whole, argues Meadhbh Bolger, saying Europe can get started by setting targets in its upcoming Circular Economy Action Plan.