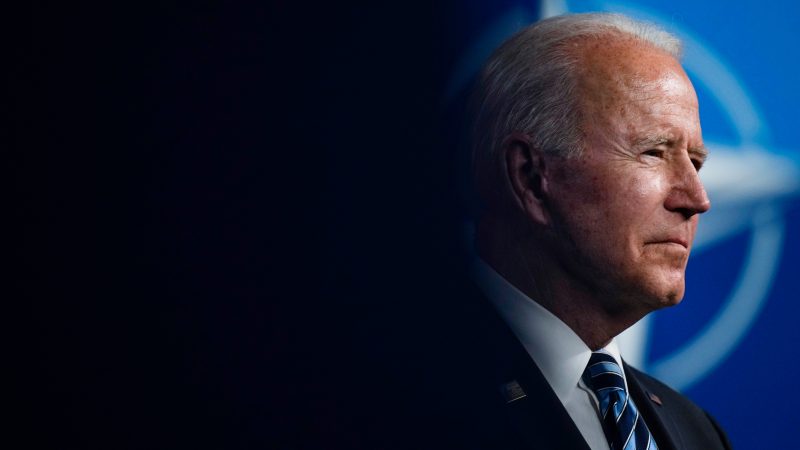 US President Joe Biden speaks during a media conference at a NATO summit in Brussels, Belgium, 14 June 2021. [EPA-EFE/Francisco Seco]

US President Joe Biden met the chief of the European Union’s executive, Ursula von der Leyen, and European Council President Charles Michel on Tuesday (15 June) for a summit tackling issues from trade to the COVID-19 pandemic.

The meeting marked the return of EU-US collaboration on fighting climate change, after former President Donald Trump pulled the United States out of the Paris Agreement and rolled back environmental regulations.

The United States and EU are the world’s second- and third- biggest emitters of CO2, respectively, after China. A joint EU-US summit statement, adopted on Tuesday, outlines plans for a transatlantic alliance to develop green technologies, and points to sustainable finance as an area for closer transatlantic collaboration.

To ensure the Paris Agreement is implemented, both sides “commit to establish an EU-US High-level Climate Action Group” aimed at closer cooperation on climate policy.

“We intend to lead by example through becoming net zero greenhouse gases (GHG) economies no later than 2050 and implementing our respective enhanced 2030 targets,” the joint statement says.

One key aspect of bilateral cooperation includes “scaling up technologies and policies that further accelerate the transition away from unabated coal capacity and to an overwhelmingly decarbonised power system in the 2030s”.

“We intend to work towards a Transatlantic Green Technology Alliance that would foster cooperation” on green technologies, including their market deployment. A “high-level EU-US Trade and Technology Council (TTC)” will oversee cooperation on trade, with special working groups focusing on artificial intelligence, climate and green tech as well as other digital technologies. 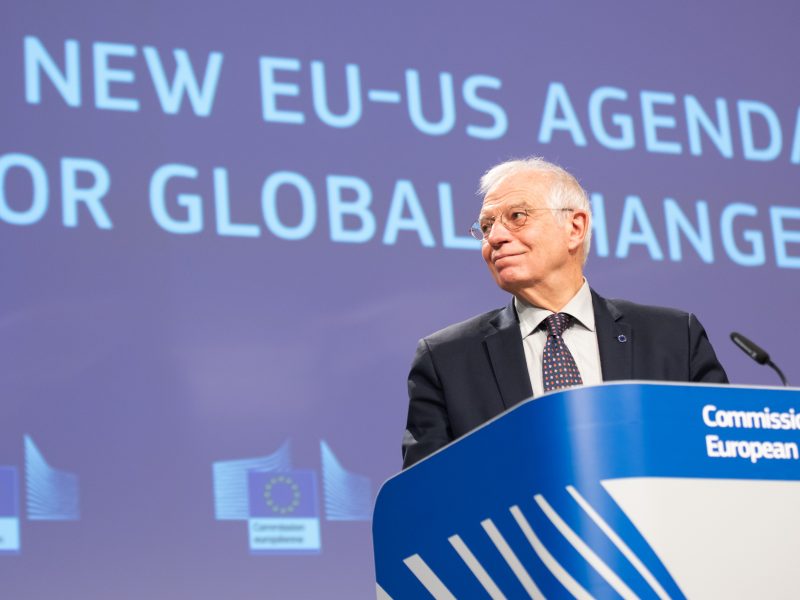 The European Commission has proposed establishing “a comprehensive transatlantic green agenda” to coordinate EU-US positions on climate change in the wake of Joe Biden’s election at the White House.

Both sides also stress their “resolve” to engage with other nations at this year’s COP26 UN climate summit in Glasgow and “making every effort to keep a 1.5 degree Celsius limit on global temperature within reach”.

The EU and United States will also “scale up efforts” to meet an overdue spending pledge of $100 billion a year by rich countries to help poorer countries cut carbon emissions and cope with global warming, the draft said.

The final summit communiqué did not include firm promises of cash, though. Canada and Germany both pledged billions in new climate finance on Sunday, and campaigners had called on Brussels and Washington to do the same.

The United States pledged in April to double its climate funding by 2024 from high average levels hit during the Obama administration of roughly $2.8 billion.

The EU and its member countries are, taken together, the biggest provider of climate finance to developing countries, contributing €21.9 billion in 2019.

No end date for coal

The EU-US summit communiqué echoed a statement made by G7 leaders last weekend, which pledged to stop government financing for international coal plants without carbon capture technology by 2022 and also stopped short of setting a date to quit coal, the most polluting fossil fuel and the single biggest cause of greenhouse gas emissions.

Brussels and Washington said they “commit to rapidly scaling up technologies and policies that further accelerate the transition away from unabated coal capacity and to an overwhelmingly decarbonised power system in the 2030s”.

While Biden set an executive order setting a goal for net zero emissions in the US electric sector, US Democrats and Republicans are at odds over whether to include a measure to enact that goal in an infrastructure package that is being debated in Congress, worrying environmental groups.

“It’s a minimal expectation that the Biden administration does everything it can and use all the tools at its disposal,” said Nat Keohane, international climate director at the Environmental Defense Fund. “That will take some political capital and creativity.” 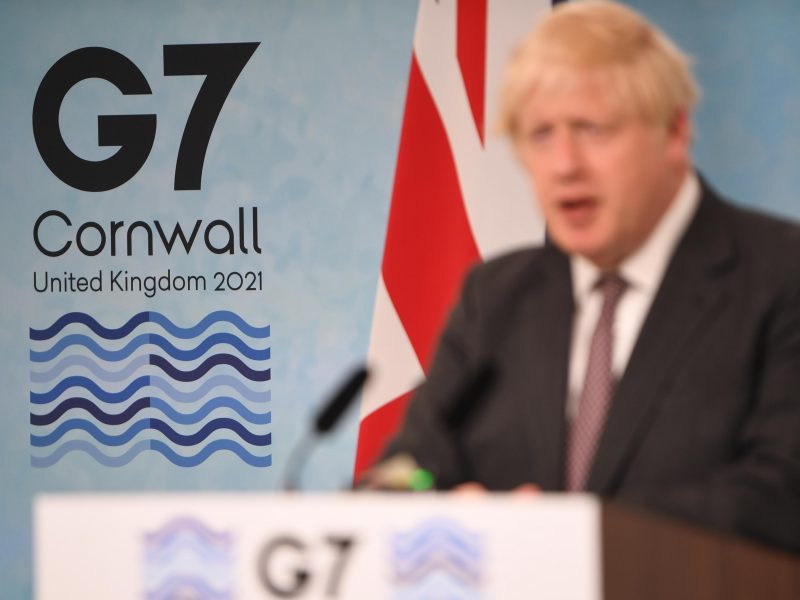 G7: What was (and wasn't) agreed by world leaders to combat the climate crisis