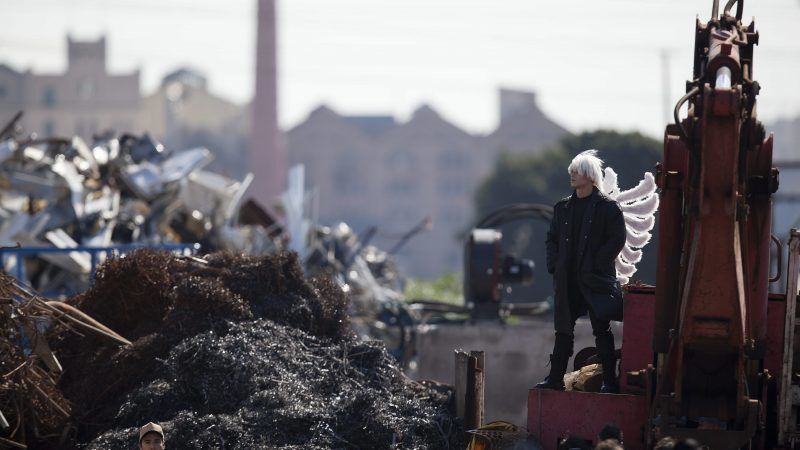 A model wears a creation by the label Cavalera, during the presentation as part of the Sao Paulo Fashion Week edition Summer 2012, at a metal recycling site in Sao Paulo, Brazil, 16 June 2012. [EPA/Sebastiao Moreira]

With reports continuing to reveal the extent of the environmental and social damage caused by fast-fashion, not-for-profit organisation H&M Foundation believes the industry is now on the cusp of a radical sustainability shift towards the circular economy. EURACTIV’s media partner edie.net reports.

The Foundation – which is funded by high street retailer H&M but is kept as a seperate entity – is working to accelerate progress towards achieving the UN Sustainable Development Goals (SDGs).

But, with MPs last week lambasting fashion brands for their lack of environmental disclosure, and H&M itself being accused of failing to pay its workers fairly, the Foundation’s innovation lead Erik Bang says the industry is finally waking up to the seriousness of the issue.

Speaking to edie, Bang said: “The industry is realising that it needs to change rapidly and to adopt new technologies and solutions both to be able to operate within the planetary boundaries and to avoid business risks.

“[The fashion industry] is starting to come back from behind now… Although it is playing catch-up at the moment, I think it has scope to become one of the fastest-moving sectors in terms of circularity and in having meaningful social and environmental impact.

“Finding a sustainable solution is no longer a compromise between the environment and between business benefits – but as a non-profit, we can create incentives and absorb risk at much earlier stages than the commercial industry can.”

The H&M Foundation, which has its own independent team, strategy and board, is primarily focused on driving social equality, access to education, water stewardship and environmental sustainability throughout the sector. The latter of these challenges has continually been highlighted by green groups, consumers and governments, with the Ellen MacArthur Foundation notably predicting that a quarter of the world’s carbon budget would be accounted for by garment production by 2050.

One of the sustainability solutions Bang is particularly excited about was seen through H&M Foundation’s recent opening of the world’s first ‘Garment to Garment’ hydrothermal textile recycling plant in Hong Kong. Developed as part of a partnership with the Hong Kong Research Institute of Textiles and Apparel (HKRITA), the pre-industrial sized facility aims to create a solution for the hard-to-recycle textile blends that account for the majority of products sold by the fashion and home furnishings industries.

“We see recycling as one of the biggest issues for the industry, and before we started work with HKRITA a couple of years ago, there were no promising solutions for textile blends,” Bang explained. “While saying that we would create a scalable solution for the industry to recycle blends by 2020 was a bold goal, we knew it was one that had to be fast-tracked.”

While the likes of VF Corporation and Ikea have plumped for servitisation-based models in the search for sustainability, Bang believes recycling will remain a key component of the circular economy in fashion. As closed-loop fashion solutions come to the market, the mountain of old cradle-to-grave products already in existence will remain – and, as Bang admits, retailers will likely continue to produce them.

“While you should make the most use possible of a garment during its lifetime and seek to create solutions to lengthen the lifespan of clothing, all textiles will reach the ‘end-of-life’ stage at some point.

“No-one will really begin to change their value chain or begin to take back garments, unless it’s commercially viable to do so – it needs to become cheaper and to make more sense than relying on virgin materials.”

Every year, we throw away millions of euros worth of goods that could be repaired or reused. Europe must seize the opportunity offered by the new Circular Economy Package to turn this situation around, argues Michal Len.

While the Garment to Garment recycling plant overcomes one of the key challenges Bang cited for a circular fashion industry – the technological aspect of recycling textile blends – the H&M Foundation innovation lead also noted that it could go some way towards solving another crucial fast-fashion challenge: consumer behaviour change.

The average household currently generates waste clothing at a rate of 35kg annually, according to the World Wear Project, with 85% being sent to landfill. Similarly, the Ellen MacArthur foundation estimates that the global fashion industry loses $100bn each year from clothing that is landfilled or incinerated.

“The waste – or what we would call resource – ultimately sits with consumers,” Bang said. “We can evolve recycling technology all we like but it won’t make a difference unless consumers actually start returning garments to the system instead of sending them to landfill.”

The key to changing this mindset, BAng says, is to ensure that consumers see recycling as the onlyoption for end-of-life clothing, and to make the benefits of circular fashion truly “tangible” to them.

The H&M Foundation has taken this approach itself by recently installing a miniaturised version of the recycling technology from the new plant at one of H&M’s stores, allowing customers to see their used clothing being recycled first-hand.

“In the fashion industry, which is so visual and tactile, seeing is believing,” Bang concluded. “You have to show people something really inspirational to get through to them and to make the abstract concept of recycling tangible… it’s a very efficient way of showing customers that their role in this really matters.” 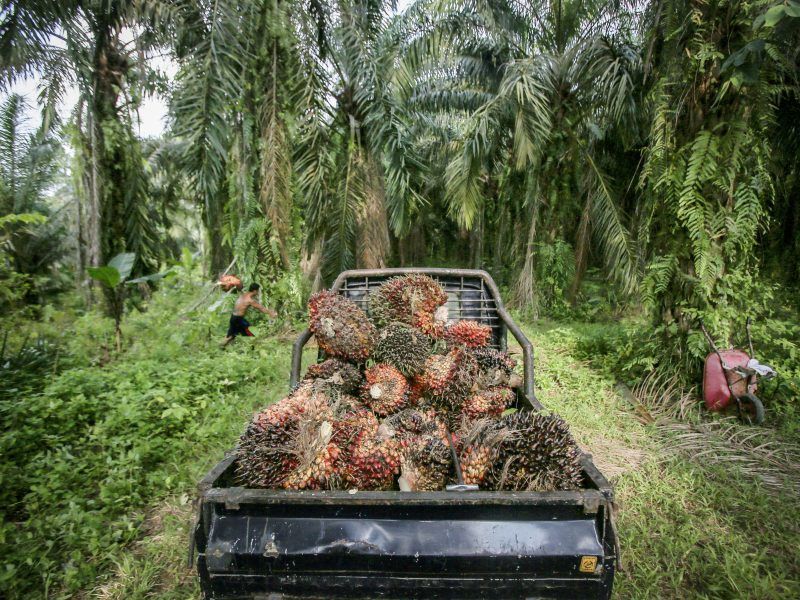