“If we continue to use all these natural resources at this speed by 2050, we won’t need one planet, we’ll need three,” said Jan Huitema MEP, rapporteur for the report on the circular economy action plan [Alexis HAULOT / EP]

The motion, which passed with 574 votes in favour, 22 against and 95 abstentions, urges the European Commission to set binding 2030 targets for materials use and consumption footprint of all products placed on the EU market.

It also calls on the EU executive to introduce product-specific standards for recycled materials to be incorporated into new products placed on the EU market.

“If we continue to use all these natural resources at this speed by 2050, we won’t need one planet, we’ll need three,” said Jan Huitema, a Dutch liberal MEP who authored the Parliament’s report.

“It’s much better to make sure that the waste we would otherwise burn or dump, that we use it as a valuable raw material to make new products,” he said.

🇪🇺🌍@huitema : "If we don't scale up our #circulareconomy, we will not achieve the #GreenDeal targets and become climate neutral by 2050."https://t.co/KJ8JG98eEV

Although it doesn’t contain hard legislative proposals at this stage, the Commission plan outlines future measures the EU executive will take to cut waste and resource use in areas like textiles, buildings and electronic equipment, which have so far been unaddressed at the EU level.

Environmentalists were broadly happy with the measures outlined in the Parliament’s report, said Jean-Pierre Schweitzer from the European Environmental Bureau (EEB), a green pressure group. But he added that Parliament could have gone further by matching the 50% material footprint target adopted in the Netherlands.

“We asked for quantitative targets from the Parliament. That isn’t what was included,” he told EURACTIV. “But I think the pressure is now on the Commission to investigate what European consumption within planetary boundaries really means and to set the targets.”

In their report, MEPs called on the Commission to introduce legislation this year to broaden the scope of the ecodesign directive to include non-energy products, ensuring those are designed to be more durable, easily repaired, upgraded and recycled. This should include a so-called “right to repair” for products like smartphones and computers, MEPs said.

Lawmakers also backed measures to establish a strong market for secondary materials to compete with current cheap virgin materials, as well as clearer product information and consumer rights, like on warranties.

“These are very clear demands by the Parliament to make the circular economy a reality and to implement the Green Deal. I expect the Commission to deliver this year with ambitious legislative proposals,” said Anna Cavazzini, a Green MEP on the internal market committee.

In order to achieve the goals of the #EUGreenDeal🟢, we need to put circular economy🔄 at its heart.

This means: circularity by design, the Right2Repair & the empowerment of consumers! Watch out for this important @Europarl_EN vote today! @GreensEFA @EP_SingleMarket pic.twitter.com/B46Kv6Scwz

In the plenary debate, MEPs emphasised that Europe can only meet its climate targets by shifting to a circular economy – saying the transition needs to happen by 2050 at the latest.

“It is fatal how little we value the resources our planet has to offer,” said Delara Burkhardt, a German lawmaker from Socialist and Democrats (S&D) group. “If everyone consumed as much and as fast as the EU, the earth’s annual resources would be exhausted by May each year,” she added.

Global consumption of materials is expected to double in the next forty years, with the amount of waste generated every year projected to increase 70% by 2050.

Moreover, the extraction and processing of resources is believed to be responsible for half of total greenhouse gas emissions and more than 90% of biodiversity loss and water stress, the Parliament report said.

The Commission’s circular economy plan suggested 35 initiatives to address this and move towards more sustainable production and consumption patterns. These include empowering consumers, reducing waste and focusing on resource-heavy sectors, like plastics and textiles.

The Parliament’s report significantly improves the strategy, said Stephane Arditi, director at the European Environmental Bureau in charge of the circular economy.

“Legally binding targets for material use and consumption patterns are badly needed. They were the main missing piece of the puzzle in the European Commission’s proposal,” he said.

“If approved by the Commission and member states without delays, the targets can play a central role in Europe’s green recovery, helping citizens, businesses and governments save valuable and limited resources,” he added. 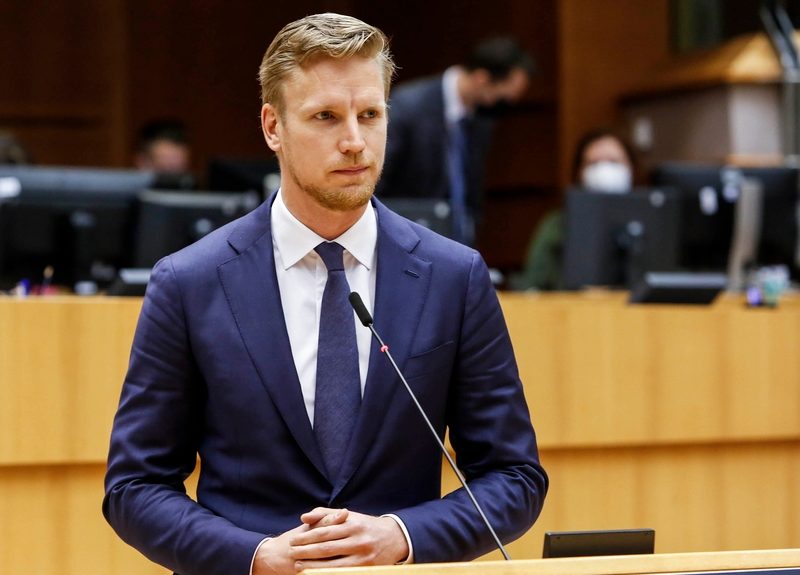