By 2050, the world’s wind turbines will require 300% more metals than today, according to the World Bank. [Vattenfall / Flickr]

These metals have been with us for many years, produced in giant smelters through processes that consume large amounts of energy. At first glance, they might not seem like they would have a part to play in the sustainable transition. But in fact, without many of them, the building blocks of the green economy wouldn’t exist.

“Non-ferrous metals are absolutely essential to Europe’s low-carbon transition, because of their central use in breakthrough technologies including clean mobility, renewable energy and batteries,” said Guy Thiran, director-general of the Brussels-based metals industry association Eurometeaux. They have an essential role to play in the circular economy strategy, launched by the European Commission in 2015, he said.

But not everyone is so convinced. “The circular economy should really be about reducing the use of materials and the consumption of waste,” said Jean-Pierre Schweitzer, a product policy and circular economy officer at the European Environment Bureau (EEB), a network of green NGOs. “If that’s the case, is that really where we’re going in Europe?”

A report released last year by the World Bank found that aluminium, cobalt, copper, iron ore, lead, lithium, nickel and zinc are all going to be needed in significantly higher quantities to deliver on global renewable energy goals. By 2050, the world’s wind turbines will require 300% more metals than today, according to the report. Solar panels will require 200% more, and energy storage 1000% more.

The study concluded that the technologies needed for the clean energy shift—wind, solar, hydrogen, and electricity systems—are in fact significantly more material intensive in their composition than current traditional fossil-fuel-based energy supply systems.

As a result of the green transition, global demand for non-ferrous metals is now expected to increase more quickly than for any other raw material – from 7 to 19 gigatonnes per year by 2060 according to the OECD’s Global Materials Outlook to 2060.

Electric vehicles, crucial to meeting the EU’s transport emission reduction goals, will also need many new materials not needed by conventional cars. According to research commissioned by the International Copper Association, more than 100,000 tonnes of copper will be needed to build the 40 million charging points needed to service electric vehicles coming on the market by 2027. The copper is used in port charging cables, charging units and wiring to electrical panels.

Katia Lacasse, director for health, environment and sustainability at the European Copper Institute, said electrification of transport is going to be a huge driver for increased copper use. “A typical medium-sized electric vehicle, for example, contains around 60 kilograms of copper, compared to around 20 kg of copper in a comparable car powered by an internal combustion engine,” she said.

Aluminium has also been recognised for its potential in renewable transport because it is such a lightweight material. A car made of aluminium will use less fuel than one made of other materials.

“One of the most interesting dimensions of aluminium is that it actually offsets its initial energy use by providing significant energy savings during the use and recycling phases,” says Coline Lavorel from industry association European Aluminium. “On top, it is a ‘permanent material’ which can be endlessly recycled without losing its properties.”

So many raw materials are needed to support the green economy that there have been worries that their increased use is going to create bottlenecks in the supply chain. A recent study by the consultancy Ecofys identified which materials are most vulnerable to such bottlenecks. 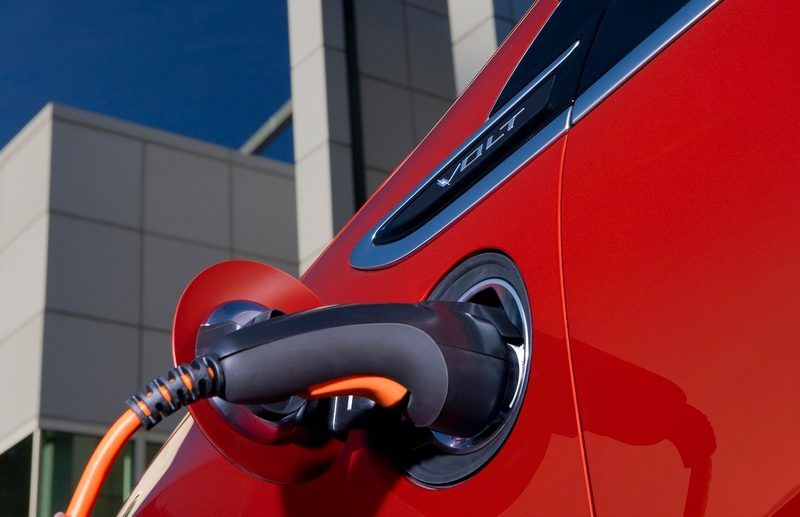 Researcher: 'The greatest bottlenecks can be expected for lithium and cobalt'

The connection between raw materials like metals and the green economy is being increasingly recognised.

The Commission has set up the European Innovation Partnership on Raw Materials, a stakeholder platform that brings together representatives from industry, public services, academia and NGOs. It provides guidance to the Commission, national governments and companies on how to address the challenges presented by the need for raw materials.

This week the Commission is running the Raw Materials Week, gathering stakeholders in Brussels to discuss the issue. “The more green technologies we deploy, the more raw materials we will need,” says Peter Handley, head of the raw materials unit at the Commission. “One example: a 3 megawatt wind turbine contains 335 tonnes of steel, 4.7 tonnes of copper, 1200 tonnes of concrete, 3 tonnes of aluminium, 2 tonnes of rare earth elements as well as zinc and molybdenum.”

“Rapid uptake of climate-friendly technologies will increase competition for resources.” he adds. “Production and consumption are shifting towards emerging and developing countries, which on average have higher materials intensity than Europe. Asia, particularly China, has emerged over the last two decades as a major producer and user of raw materials.”

All of this is feeding into the Commission’s circular economy strategy.

However, not everyone thinks more metals translates to more environmental good. Jean-Pierre Schweitzer from the EEB says that while metals have a place in the circular economy, he is wary of a strategy which increases mining while also increasing reuse.

“It’s a bit like the term ‘sustainability’ – ‘circular economy’ can be interpreted in many different ways by different actors,” he said. “My personal perspective is that the circular economy should really be about reducing the use of materials and the consumption of waste.”

“The question is, on a very macro level, what’s the real objective for the circular economy and where do we want it to go? Recycling targets are valuable, but is it linked to big picture issues like planetary boundaries?” 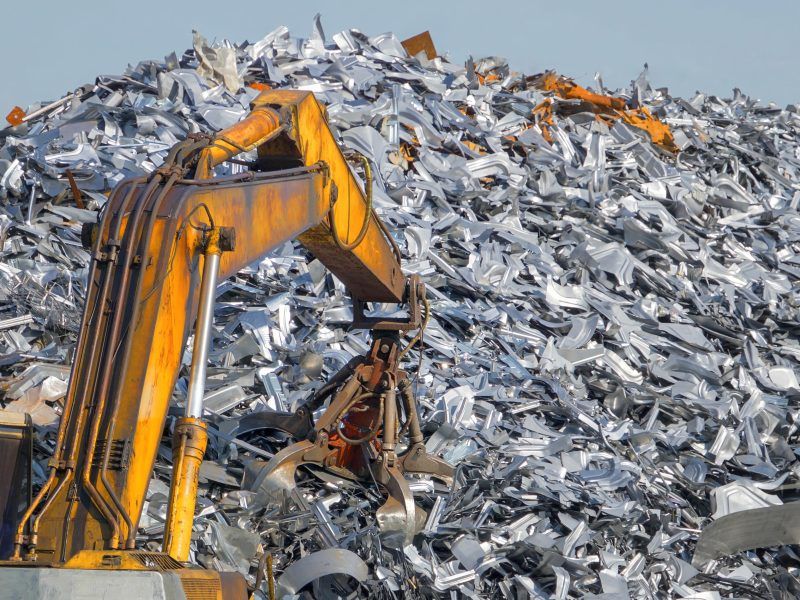 Not only are metals a finite material, but their refining also uses a lot of energy and has a large carbon footprint. That’s why they are subject to the Emissions Trading Scheme (ETS), which caps the amount of carbon they can emit and forces them to buy permits to spew any extra.

But metals sectors, particularly aluminium, steel and copper, have complained that this puts them at a competitive disadvantage in a global industry, and risks moving production outside Europe. This, they say, would hurt the very environmental goals which the ETS is supposed to promote.

The metals sector believes that the focus should be on minimising emissions from a lifecycle perspective, including the emissions from raw materials and end-of-life emissions. For example, copper production consumes a significant amount of energy, but once produced, the material can be recycled over and over again. In the long run, they say, the upfront energy investments are largely recouped.

In Europe, non-ferrous metals production now uses electricity instead of direct fossil fuels as its main energy source. For instance, electricity represents more than 85% of all energy used in the production of zinc.

The industry also says it is lowering its upfront emissions through actions at source. One example is the Aurubis-enercity cooperation in Hafencity, Hamburg, where surplus industrial heat from copper production is now channelled into a district energy network. Copper producers are also involved in innovation platforms such as “Copper-Based Electrochemical Solutions” (CuBES) to reduce emissions.

While every little bit helps, environmentalists are still sceptical of any Commission strategy that places too much importance on metals as the basis of a circular economy. There are concerns that the use of these materials as a basis for renewable technologies is being used as an excuse to lower their ETS obligations.

“Any product that contains these materials has the embedded energy that’s gone into making it,” said Schweitzer. There’s a business model behind that, based on a bottom line about sales. I don’t think you can really ignore that. So there’s a driver in certain sectors in creating high output.”

As stakeholders discuss the place of raw materials in the circular economy this week in Brussels, the contention around this issue will be on display. Metals producers are hoping to convince the sceptics that they are prepared to play a constructive role in the transition to a green economy.