The batteries in many phones and tablets are not removable. When they break, the whole product has to be replaced. [tribehut/Flickr]

Producers of computers, smartphones and other electronic appliances find ways to cut the useful life-spans of their products. Faced with this programmed obsolescence and the high cost of repairs and spare parts, consumers have little option but to replace their appliances whenever something goes wrong.

An own-initiative report adopted in Strasbourg on Tuesday highlighted the high environmental cost of constantly buying new products, rather than repairing them.

“Resources are precious today, all kinds of resources,” said French Green MEP Pascal Durand, the author of the report. Durand denounced the manufacturers of “products that stop working as soon as the legal guarantee is up”, and called on the European Commission to take action. 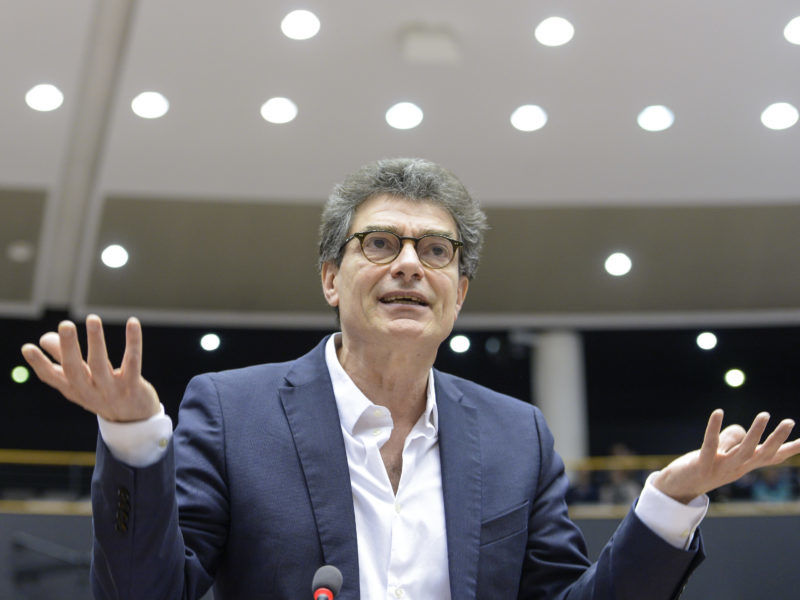 Durand’s report proposes a number of measures to improve the sustainability of electronic products and software. Among them is a proposal to establish “minimum resistance criteria” for each product category. A European definition of programmed obsolescence would also have to be adopted to provide a benchmark against which these criteria could be evaluated.

Repairing rather than replacing

Product repair is another area ripe for EU action, MEPs believe. Many computers, smartphones and tablets currently on the market are very hard – or even impossible – to repair.

As a result, the cost of repair services is high, spare parts are hard to find and even when they are available, repairs are not always possible because many parts, like phone batteries, are not removable.

To increase competition and keep costs down, MEPs backed a proposal that consumers should be able to choose an independent repair service, rather than be forced to rely on the product’s manufacturer.

They also agreed that essential parts, such as LEDs and batteries, should be removable, except when this compromises the product’s safety, and that spare parts should be available at reasonable prices.

“This is an excellent signal for all the actors in the sector. We will make sure that the Commission takes up the subject,” said Laetitia Vasseur, co-founder of the anti-programmed obsolescence group HOP.

Yet, the issue of programmed obsolescence was largely brushed over in the EU executive’s recent Circular Economy Package.

In December 2015, Brussels presented a package of six legislative texts on the circular economy. The subject proved to be highly sensitive and the ambition of the package was largely limited to recycling and waste treatment.

“The Commission chose to approach the circular economy from the angle of raw materials and recycling, while this report concentrates on consumer protection. These are two complementary approaches,” said French Socialist MEP Virginie Rozière.

Researchers at the Öko-Institut and the University of Bonn found that consumers were replacing their fridges, flatscreen TVs and notebooks more and more frequently. But how much of that is down to “built-in obsolescence” is still unclear.

“But it is a good thing to remind the Commission of this,” she added, “seeing how they dragged their feet on the subject.”

While the Commission has no legal obligation to act on the report, the Parliament hopes its clear signal will push the executive to take the issue of programmed obsolescence seriously and offer legislation on the matter.