The debate “New European Recycling Targets” was organised by EURACTIV Poland and the European Parliament Information Office in Poland.

On 23 January, EU ambassadors endorsed the provisional December agreement on the waste legislation package, which was then also supported by the European Parliament’s Environment Committee in February.

As a result, the amount of collected municipal waste rose 7.3% in 2016 over the previous year, according to the state statistics office, and 27.8 % of the collected communal waste was recycled. 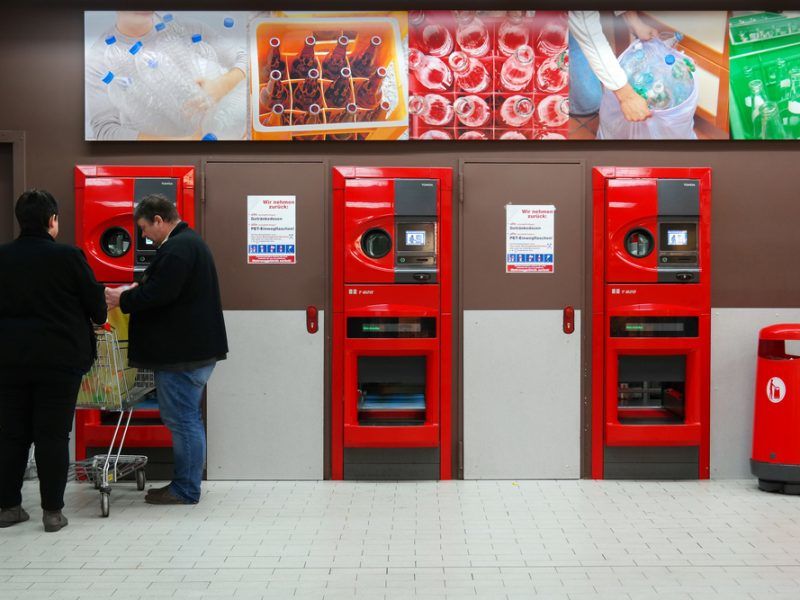 All drinks containers in England, whether plastic, glass or metal, will be covered by a deposit return scheme, the UK government has announced. EURACTIV’s partner The Guardian reports.

EU needs to lead the transition to circular economy

Commenting on the new recycling targets in the EU, Sarah Nelen of the European Commission said the negotiations had been long but “worthwhile as the waste measures will be a win-win for both our economy and the environment. It will also help Europe globally, e.g. to deal with new situations such as the Chinese ban on import of certain waste”.

“The circular economy must be global and the EU needs to be a frontrunner and driving force in this,” she said.

Magda Gosk from the Polish environment ministry said Poland had taken an active part in the negotiations. “We wanted the EU plan to be realistic and include the analysis of the morphology of waste, business models and social behaviour. The role of education is very important in this regard too,” Gosk said.

Should the targets be more ambitious?

MEP Andrzej Grzyb (ENVI) said the EU needs to focus more on prevention of waste production, “starting with the design stage, where the product life cycle could be extended and improved”.

He said the big problem of food waste also needs to be addressed.

“Food waste collection is very limited. It is estimated that in the EU it is 90 million tonnes annually, including processed, packaged and never used food. In Poland, it is 9 million tonnes, but these are just estimates, there is no hard data. For comparison, In Poland, we produce around 27 million tonnes of grain yearly. It is as if we threw away every third grain,” the MEP said.

Cooperation is the key to success

In the UN’s 2030 Agenda for Sustainable Development, “the goal number twelve concerns sustainable consumption and production, and 13 out of all 17 goals refer in some extent to circular economy,” underlined Maria Andrzejewska, the director of UNEP Centre/GRID-Warsaw.

‘We believe that the key to success is cooperation on various levels – regional, national and global – and between different actors. If cooperation does not include a wide group of sectors, not only the industry but also agriculture, tourism, construction, trade or fiscal institutions, the path to success will be difficult,” she added.

The business world is also increasingly aware of the benefits coming from circular economy.

Andrzej Rudka, a former adviser at DG GROW, underlined that circular economy is not only a win-win situation but even ‘win-win-win’, as many stakeholders reap benefits. But he added it was also important to understand the entrepreneurs’ fears.

“In the long-term, there are both profits and costs – as with every venture. In the beginning, there are more costs though, and those are incurred mostly by business,” Rudka said.

Professor Bolesław Rok of the Business Ethics and Social Innovation Centre at Kozminski University was more skeptical, however.

“Many companies consider, for instance, the redesign of products towards circular economy as premature. For them, it is a perspective of the next decade, not a challenge for now. There are many good examples worldwide, but they are all too often just an interesting fact in Poland,” he said.

“Unfortunately, there is also a lot of greenwashing. Companies boast about waste processing, but the law already requires them to do that anyway,” Rok concluded.

Polish business representatives also had the chance to share their experience and views on the matter of circular economy.

Daria Kulczycka, a representative of Lewiatan (Polish BusinessEurope member) acknowledged that big enterprises “do not always operate perfectly, but our experience shows that when it comes to pro-environmental actions, it is the big companies, particularly those with foreign capital, that play a significant role and show others the way”.

Anna Borys-Karwacka from McDonald’s Poland said her company had announced in January a plan to switch by 2025 to packaging coming in 100% from renewable sources, certified production or recycling.

Borys-Karwacka also highlighted the results of research commissioned by McDonald’s, showing that the issue of waste and its impact on the environment was very important for as many as 90%  of Poles.