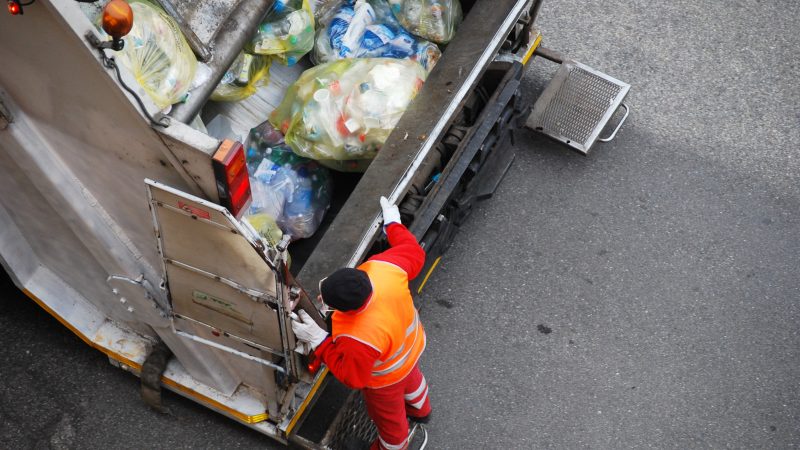 Driving up collection rates of flexible packaging is a key aspect of getting the recycling rate of the tricky packaging up. [Shutterstock/degetzica]

This article is part of our special report Packaging recycling.

Getting enough volume is the first challenge for recyclers when it comes to dealing with lightweight packaging such as crisp packets and food wrappers. To boost quantities and make recycling worthwhile, the European Commission is looking at ways of harmonising waste collection across the EU.

The EU executive wants to ensure that “all packaging on the EU market is reusable or recyclable in an economically viable way by 2030” – an objective that will be reflected in the upcoming revision of the EU’s packaging and packaging waste directive, expected in July.

To get to 100%, the European Commission is looking at all possible waste streams, even “flexible multilayer composite packaging,” which are considered difficult to recycle, according to a preliminary assessment of the directive’s revision.

Flexible packaging like crisp packets and food wrappers are notoriously difficult to recycle, because they are so lightweight that massive quantities of it are needed for recycling to be worthwhile.

“The value for recyclers is low, there aren’t many buyers for it,” says Joachim Quoden, managing director of the non-profit Extended Producer Responsibility Alliance (Expra), which brings together packaging recovery organisations owned by the obliged industry.

“It’s also because of insufficient volumes – flexible packaging is not collected separately in most European countries,” said Justine Maillot from the Rethink Plastic Alliance, an environmental group.

The extreme variety of packaging types doesn’t help either. “If there are 100 different kinds of flexible packaging, how can we possibly sort them out in a financially viable way?” Quoden asks.

To make things worse, flexible packaging also tends to be “quite heavy in inks and additives,” which need to be removed, making it more costly to recycle, Maillot adds.

These economic and technical barriers to recycling flexible packaging were identified in a 2018 study by ETH Zurich university. And they tend to reinforce each other: as recycling is economically unattractive today, there are few incentives to address the technical barriers like ink contamination.

As a result, recyclers tend to focus on the more valuable, heavier waste such as PET bottles and other rigid packaging, while flexible packaging usually ends up in landfill or incinerators.

But with higher EU recycling targets on the horizon, the industry is chasing economies of scale to drive the business case for recycling the lightweight stuff as well.

They are helped by the fact that flexible packaging is incredibly plentiful. Flexible packaging represents “at least half of food primary packaging placed on the EU market (in product units) while accounting for only one sixth of packaging material used (in weight),” according to a cross-industry position paper published in November.

Making flexible packaging recyclable by design is one of the key solutions that industry is currently looking into. If flexible packaging becomes more standardised, and the variety of wrappers is brought down to four or five different types, then volume and weight will increase as well, supporting the economic case for recycling.

“You need volume in order to find a recycler who is willing to take that kind of material,” Quoden explains. “If we have four or five different sorts, I think we can then have enough volume so that recycling makes sense, both economically and environmentally speaking,” he said. 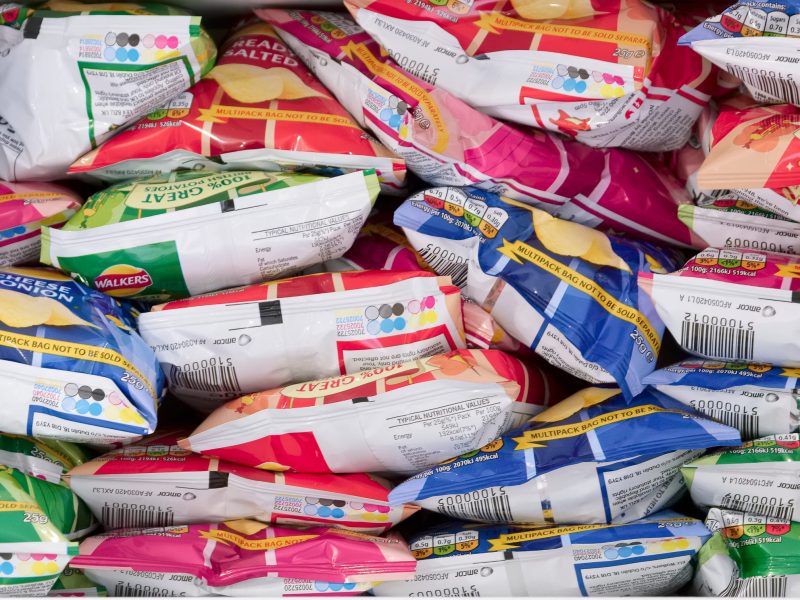 Simple design and using at least 90% of the same plastic is the key to easy-to-recycle packaging for foods like crisps and chocolate, according to the industry.

But the first step to secure more volumes of flexible packaging waste is to improve collection.

“In a circular economy, all flexible packaging needs to be collected so that it is available for sorting and recycling,” says CEFLEX, a coalition bringing together 170 European companies, associations and organisations representing the entire value chain of flexible packaging.

“This requires a significant increase in the collection of flexible packaging across Europe,” the coalition says.

However, EU countries are dragging their feet when it comes to implementing EU waste legislation. In November, the Commission sent letters of formal notice to Bulgaria, Croatia, Greece, Romania and Slovakia to improve their treatment of waste.

Romania was also dragged before the European Court of Justice for failing to comply with a court order to meet its obligations under the EU Landfill Directive. Three years after the judgment, 42 landfills are still not closed, the Commission complained.

“A first step is for all EU countries to fully implement existing EU waste legislation,” Qudoen insists. “It’s as stupid and easy as it sounds: if a country is not implementing what has been agreed, then of course, it will be ages behind the other EU member states.”

According to Quoden, “nearly half” of EU countries are currently not fulfilling waste targets, not only for packaging but also for municipal waste in general, including Malta and Hungary.

“So that’s for me the most important thing before we discuss new legislation. Some member states need to do their job.”

There are positive signs as well. In recent years, more EU countries such as France and Belgium have started collecting lightweight packaging as part of increased recycling efforts.

In Belgium, the types of waste that can be thrown in the so-called “blue bag” was recently extended to all types of plastic, including flexible packaging. Belgian residents and small businesses can now put around 14 types of plastic into their blue bags.

And consumers seem to be on board. “The quality is good,” said Patrick Laevers, managing director at Belgian recycling scheme Fost Plus. “Only 5% of the contents do not belong in it,” he told the Brussels Times, a local newspaper.

“The New Blue Bag is a unique opportunity to develop a local circular packaging economy, with new sorting centres and recycling capacity for plastics here in Belgium,” the company says on its website. 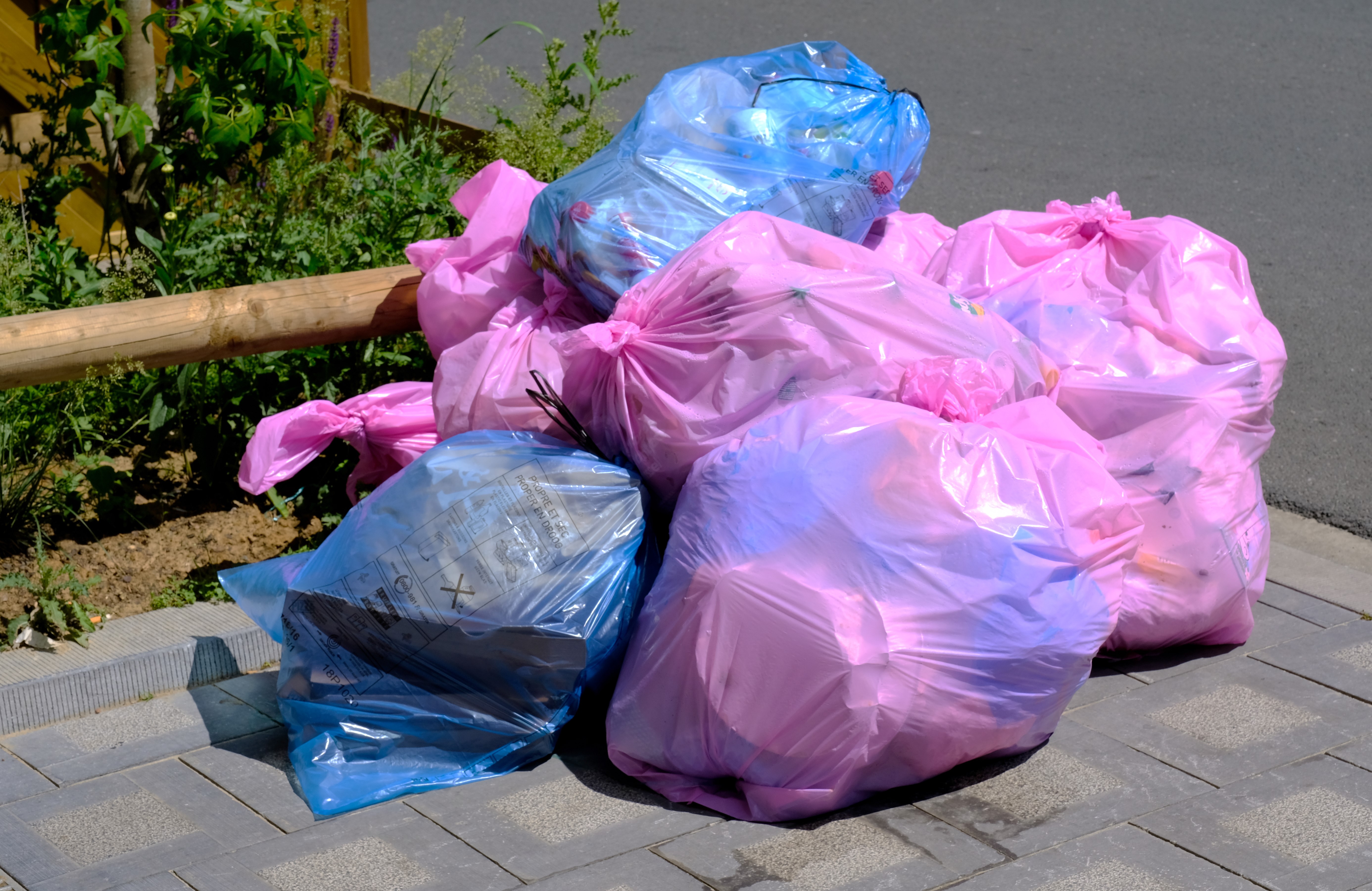 The Belgium example illustrates the close connection between collection and sorting. In an ideal world, sorting is done upstream by consumers before waste is collected by municipalities and sent to a recycling facility.

But even though collection of flexible packaging is now commonplace, it is not a guarantee that it will be recycled in the end.

“If you collect flexible packaging with other types of waste, then you have to separate it from the rest, which is a challenge and adds to the costs,” says Justine Maillot from the Rethink Plastic Alliance

“Another challenge relates to consumers: even though you might tell them to recycle of bring their packaging to a collection point, it might still not be recycled in the end because it has so little value. This is confusing for the consumers because at the moment, this waste is either exported, incinerated or landfilled.”

And parts of that chain may not always work as intended. Even in a county like Germany, which is seen as a European leader on recycling, local authorities tend to be overwhelmed by the diversity of waste collection schemes.

“The big problem is usually that the municipalities don’t have enough money or don’t want to ask more money from their residents to run a proper waste collection infrastructure,” explained Quoden. And “the competences that were given to the respective industries” tend to complicate the matter further, he adds.

Sorting is a costly activity, which is currently performed by “mostly small players with relatively low profit margins,” says the 2018 form ETH Zurich. As such, facilities either tend to rely on government support or are structured as state-owned monopolies.

Eventually, technology might come to the rescue. “The quality of the sorting needs to increase,” says Quoden. “That’s one of the reasons behind the Holy Grail project: we need additional technology to sort them in a better way.”

As part of the “Holy Grail 2.0” project, the industry is working towards invisible barcodes that sorting machines can scan in order to sort waste. “Near infrared sorting technology is fantastic, but we need even more. This might be by polysecure and marker technologies, or by digital watermarking, who knows. Let’s see who will win this race,” Quoden says. 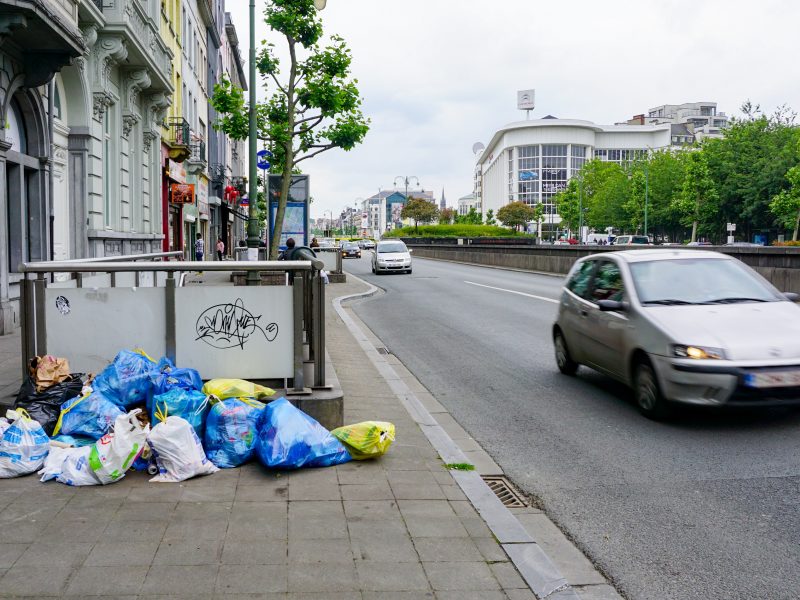 To finance the collection and recycling of waste, the European Commission aims to expand existing approaches such as extended producer responsibility (EPR) schemes, which are based on the “polluter pays” principle.

“Extended producer responsibility is the idea to make those who are putting a product or packaging on the market responsible for its end of life,” Quoden explained in a December 2020 interview with EURACTIV. “This is partly a financial obligation, and very often it’s an operational obligation as well. And it forces producers to think of the end of life while designing their product, because it makes after life treatment cheaper.”

EPR is a concept enshrined in EU law but it is only mandatory at the moment for electronic waste. By 2024, however, it will be extended to all packaging.

Under existing EPR schemes, producers generally contribute the same fee regardless of how much they pollute. This is likely to change in the future, with EPR fees varying based on how much manufacturers contribute to pollution.

This so-called “eco-modulation of EPR fees” is expected to become the norm under the EU’s revised packaging and packaging waste directive that the Commission will table in July.

“In the future you will have a fee per subcategory: a special fee for bottles, for film, and so on. It will be much more differentiated than today. And some member states may differentiate between the best performers and the worst,” Quoden explained in an interview with EURACTIV.

Eco-modulation can penalise or reward producers based on the environmental performance of their products measured in terms of recyclability, recycling rate, reusability and percentage of recycled content.

By making the fees variable, the European Commission hopes to offer the right incentives to boost collection and recycling of flexible packaging.

And to simplify things further, one of the Commission’s ideas is to introduce a harmonised colour code for waste disposal bags across Europe. According to the Commission, this would put an end to consumer confusion about where the waste goes and make it easier to trade sorted waste across borders.

“There may also be an indirect positive impact on the administration of extended producer responsibility fee modulation if certain of its elements can be addressed in a harmonised way at EU level,” the Commission writes in its draft impact assessment of the PPWD review. 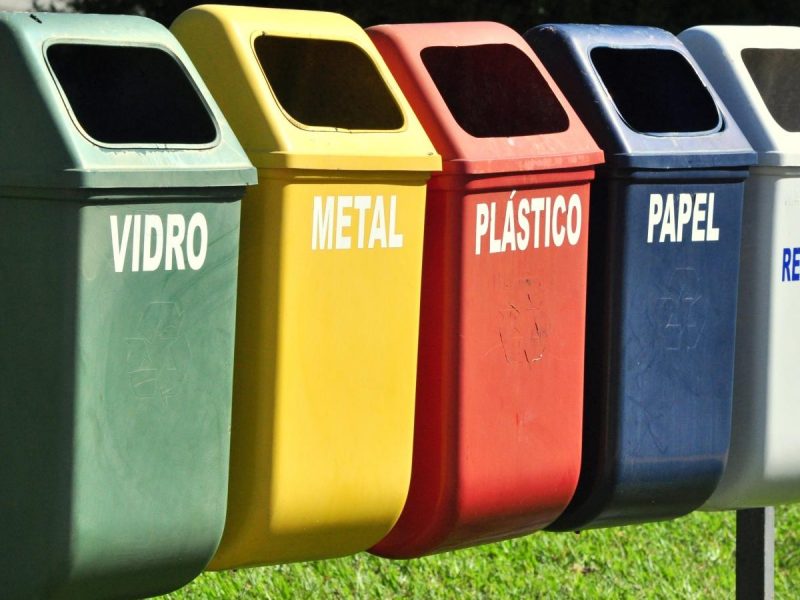