UNESDA’s new commitment goes beyond current EU regulatory requirements. The Single-Use Plastics Directive, adopted in 2019, requires companies to integrate at least 25% of recycled material into plastic bottles by 2025, going up to 30% by 2030 for all beverage bottles. [kondr.konst / Shuterstock]

Launching its circular packaging vision 2030 on Monday, industry group UNESDA pledged that 100% of its packaging will be recyclable by 2025, with 50% of PET bottles made up of recycled content by then.

Looking forward to 2030, it said 100% of PET bottles will be made from 100% recycled or renewable plastic, “where technically and economically feasible.”

“Our goal is that beverage packaging achieves full circularity,” said Ian Ellington, a senior executive at PepsiCo Europe who is also president of UNESDA.

“We believe that packaging is a resource that should never be wasted and are taking numerous actions to achieve full circularity and support the European Commission’s agenda of accelerating the transition towards a green economy,” he said in a statement.

The European Commission unveiled a new circular economy action plan in March last year, saying it will introduce mandatory requirements by the end of 2021 on the use of recycled plastics in areas like packaging, construction materials and vehicles.

This is aimed at increasing demand for recycled plastic and create an EU-wide market for secondary materials, which are today often more expensive than virgin products.

UNESDA’s new commitment goes beyond current EU regulatory requirements. The Single-Use Plastics Directive, adopted in 2019, requires companies to integrate at least 25% of recycled material into plastic bottles by 2025, going up to 30% by 2030 for all beverage bottles.

But to achieve higher targets, UNESDA says further efforts are needed from policymakers in areas like waste collection and recycling as well as reduction and reuse.

This includes the creation of closed-loop beverage packaging collection and recycling systems, and a wider introduction of deposit return schemes for PET bottles, aluminium cans and other materials. And to reduce waste generation, higher ambition can be achieved with a wider uptake on refillable packaging, UNESDA said.

“We are going far beyond what legislation tells us,” Nicholas Hodac, secretary-general of UNESDA, told EURACTIV, admitting however that the industry’s goals are also partly linked to supporting policies being implemented at the EU and national level.

“What we need is a framework that enables us to achieve” those objectives, he said. “We need a well-functioning single market when it comes to packaging and packaging waste. And we need access to secondary materials. This is an area where the European Commission can intervene because there is going to be a lot of competition for recycled material,” Hodac explained.

Without this, “it’s going to be a lot more complicated,” he warned. 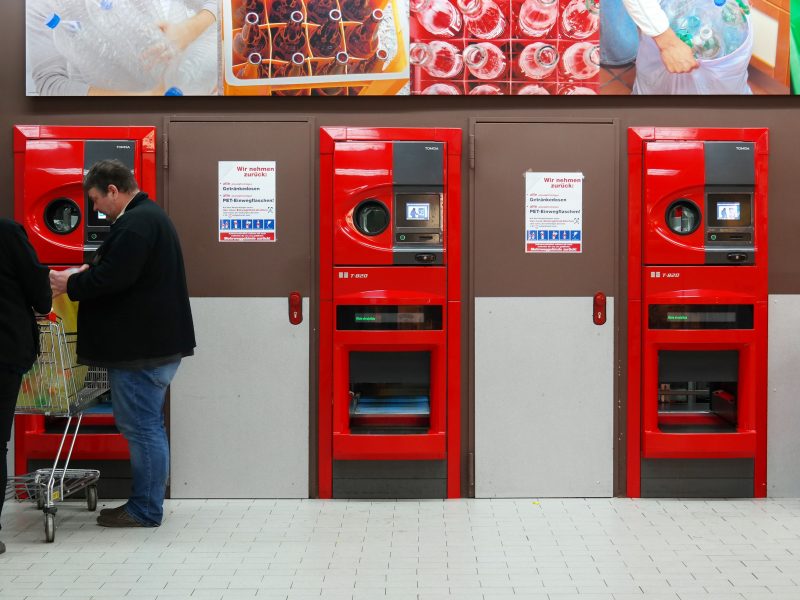 Getting access to sufficient quantities of quality recycled plastic has indeed become a major headache for the drinks and beverage industry. Even when PET bottles are collected in separate collection bags, they often end up being mixed with other plastic waste, which makes sorting difficult.

At the end of the day, the high-quality plastic used in food-grade PET bottles often ends up being “contaminated” by other plastics, some of which may contain toxic chemicals which are today banned in Europe.

“The difference between us and others is that we need food-grade quality” recycled plastic, Hodac said. “Currently, it goes anywhere,” he said when asked about the quality of recycled plastics that are found on the market for secondary materials.

“What we don’t want is that the materials that are good for us end up in car bumpers – in products that do not need this type of quality.”

Despite those challenges, Hodac said UNESDA members, which include the likes of PepsiCo, Cocal-Cola, Danone and Nestlé, are fully committed to the industry’s new vision. “Our members – big companies – strongly believe in circularity. We’re going to drive in this direction, whether or not we get all the policy requirements that we are looking for”.

However, he remained vague about the financial implications of the industry’s new strategy. “It will require multi-million euros in investment,” Hodac said, declining to elaborate further. 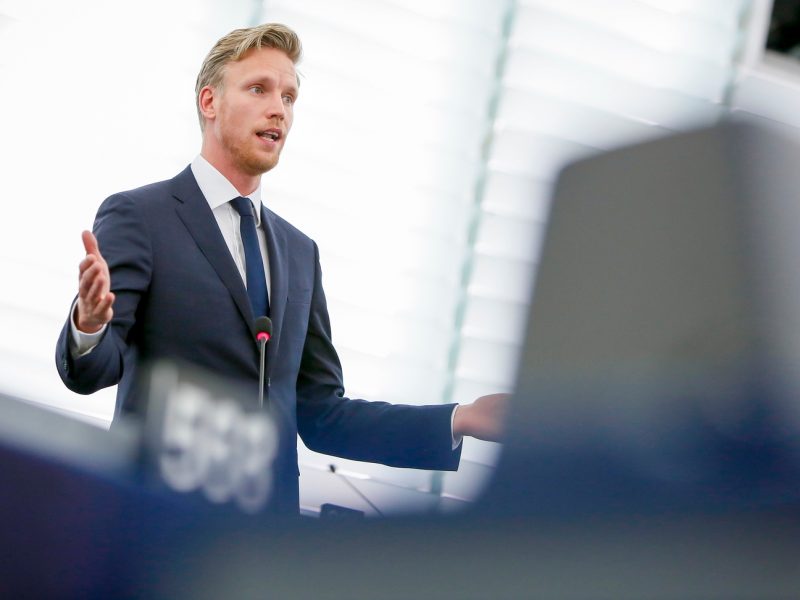 Jan Huitema, who is in charge of guiding the circular economy strategy through the European Parliament, says his report will include requirements for products to contain a minimum amount of recycled material.

“The soft drinks industry have a track record of making headlines for their commitments on plastics and packaging – but failing to deliver,” said Jean-Pierre Schweitzer, policy expert on products and circular economy at the European Environmental Bureau (EEB).

He pointed to a recent report from the Changing Market Foundation, published in September, which investigated the industry’s tactics in the face of growing public pressure to address plastic pollution.

“Our case studies show that not only have voluntary initiatives failed to contain the plastics crisis, but also that companies have used these initiatives as a tactic to delay and derail progressive legislation – all while distracting consumers and governments with empty promises and false solutions,” the report said.