Can we tax our way out of the plastic pollution crisis?

By Ariadna Rodrigo and David Powell 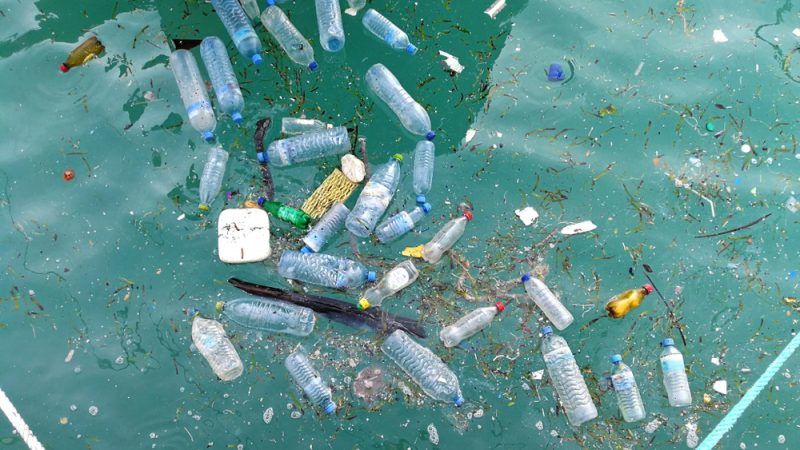 Plastic waste in our oceans continues to be a significant problem. [Shutterstock]

No environmental tax has ever been approved at EU level, given the need for unanimity in the Council. But if a plastic tax were successfully passed, would such a measure really help to set the EU on the path to curbing plastic pollution?

David Powell is head of Environment & Green Transition at the New Economics Foundation in the UK. Ariadna Rodrigo is Sustainable Products Campaigner at Zero Waste Europe.

This year it appeared that the European Commission had finally woken up to the urgency of the plastic pollution problem, with three different proposals published since January.

The most surprising of these is a new contribution to the EU budget (unveiled in the Multiannual Financial Framework) – a tax on the quantity of plastic packaging waste generated in each Member State and not recycled.

Current media attention to the issue of plastic pollution is not unjustified. Every single minute, the equivalent of a truckload of plastic enters our oceans, with large numbers of sea animals dying after ingesting plastic.

Microplastics have reached the Arctic, and are commonly found in both tap and bottled water, as well as in seafood and table salt. Every single piece of plastic ever made since the 1950s is still on the planet, whether in use, as litter, piling up in landfill or polluting our air after incineration.

To date, only 9% of these plastics have been recycled. All across Europe, citizens are becoming ever more concerned about our over-use of plastics, particularly the consequences for the natural world and for human health.

There is a strong economic case for far tougher and more comprehensive action to cut our plastic use, as acknowledged by the EU’s Plastics Strategy.

However, Europe’s aim to build a more resource-efficient economy is unlikely to be met unless there are appropriate economic incentives for both consumers and the plastic industry, targeting how much and what types of plastic we make, how much we use, and how much we throw away.

Regulation has a major role to play, as shown by the new Single-Use Plastic (SUP) Legislation, which proposes to ban some of the most visible single-use plastic products (e.g. straws), and the overarching Plastics Strategy.

However, none of the proposals or legislation tabled comes close to addressing the depth of our reliance on plastic. As argued in our new report published today, we urgently need to look at the potential for new taxes to change behaviour and shift economic incentives for industry and consumers alike.

There are many different types of plastic tax that could be introduced. The process by which monomers such as ethylene (which is chiefly produced from oil) are processed into finished plastics and sold to consumers involves many actors, and different taxes could have important effects along the value chain.

For example, increasing the production cost of oil-based monomers or polymers could help to changes industry’s incentives, with little public impact. By contrast, taxes on the purchase of plastic by business or consumers would be instrumental in raising public awareness of the extent of the plastic problem.

Economists are fond of proposing a single, sweeping tax to solve pollution problems, such as in the case of carbon emissions. In reality, however, a suite of taxes, regulations and other measures is likely to be needed.

It would be tempting for policy makers to see the depth of our plastic addiction as a “cash cow” to raise easy money. This would only entrench our plastic use, creating perverse incentives not to lose that lucrative new revenue flow.

The real challenge is to rapidly reduce our overall use of plastic while greatly increasing reuse and recycling of the remainder. Taxes thus need to be designed to trigger real change in how we think about and use plastic, right across our economy, not simply as a tap to feed government budgets.

Although industry will inevitably complain, the reality is that we have ignored the depth of the plastic pollution crisis for far too long. The consequences for human health, the natural world, and our inefficient and wasteful economy cannot be addressed by small measures or tinkering around the edges of solutions.

Given the scale and urgency of the problem, economic incentives that prevent the use of plastic are now more necessary than ever.

2 responses to “Can we tax our way out of the plastic pollution crisis?”