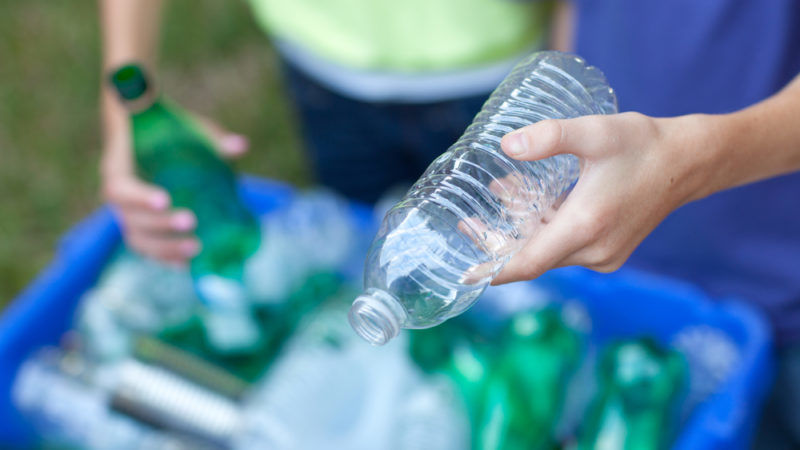 Resource productivity in the EU has increased by 41% since the beginning of the century but the job is still far from done. [Shutterstock]

The EU’s Circular Economy Package is delivering some important progress on supporting business resource efficiency. But the circular economy will need to remain top of the agenda for many years to come if the EU is to see a step change in resource productivity, argues Nick Molho.

Nick Molho is the executive director of the Aldersgate Group, an alliance of major businesses, academic institutions and civil society organisations that drives action for a sustainable economy

The ‘circular economy’ has been a buzz word in Brussels over the last two years and for good reason. Not only did the European Commission introduce a new – and much awaited – Circular Economy Package in December 2015 but resource efficiency has been an increasing area of focus for European businesses.

More resource efficient… but still a way to go

Not only is the volume of waste high but the complexity of that waste is also increasing, with the arrival of ever more complex products on the market, such as ICT goods.

So why aren’t we making more progress? After all, improving resource efficiency implies that companies should see their running costs reduce, thereby making good business sense. While that indeed tends to be the case, businesses often face a number of barriers when attempting to change their business model, invest in more resource efficient processes or set up new supply chains.

Some obstacles are regulatory ones. For example, viable materials are often classified as “waste” as soon as they’ve been used, which makes it harder for businesses to look for innovative ways of re-using them. Other barriers are more to do with a lack of effective market signals to re-use secondary materials or a lack of support for innovation, with SMEs in particular struggling to have access to the financing or technical advice they need.

Public policy clearly has a role to play in supporting greater business action on resource efficiency and it was in this context that the Commission published its Circular Economy Package in 2015. The Package, which is expected to be completed in early 2018, is delivering some important policy progress.

For example, the Commission published in December 2016 an Ecodesign Working Plan that will gradually require products to be designed in a more resource efficient way. It is also introducing resource efficiency criteria in its public procurement policy and increasing funding for innovation.

However, in a report published today (14 December), the Aldersgate Group argues that the Package is only a start and that the circular economy will need to remain top of the policy agenda if the EU economy is to really see a step change in resource efficiency. The report, which is based on several business case studies, gives a sense of the circular economy innovation that is taking place across the European economy.

In particular, it includes learnings from the EU Life+ funded REBus project, which over the last four years has provided technical support to 30 pilot projects on resource efficiency across key market sectors that are worth an estimated €350bn to the EU economy (including electrical and electronic products, textiles, construction and ICT).

The pilots include a range of projects, carried out by a mix of SMEs, large businesses and government bodies.

By the end of 2016, three years after the start of the REBus project, the pilots had delivered financial savings of €5.62m, a reduction in material consumption of 62,000 tonnes and a reduction in greenhouse gas emissions of just under 2,000 tonnes.

Research carried out as part of the project suggests that if the results of these pilot projects were replicated across their respective economic sectors, this could increase the EU’s economy gross value added by up €324bn by 2030, as well as deliver significant material and greenhouse gas emission savings.

The EU must keep its foot on the pedal

However, beyond these results, the pilot projects also hold an important lesson. Changing business models, investing in innovation and new production techniques and setting up new supply chains all take time and involve a certain degree of risk. What’s more, the barriers that often stand in the way of delivering these changes tend to be structural, meaning that overcoming them won’t happen overnight.

Beyond the completion of the Circular Economy Package, EU institutions and member states will therefore need to keep a sharp focus on the circular economy.

At a time where improving the competitiveness of the European economy, supporting the creation of good quality jobs and delivering on important global environmental commitments are all top of the agenda, the EU cannot afford to take its foot off the pedal. It must build on the progress made to date and make greater resource efficiency a priority for the years to come.