Single-use plastic cutlery will be banned from July 2021 under new EU laws. But some big brands and retailers have started labelling these items as "reusable" just because they can be washed. [U.S. Department of Agriculture / Flickr]

Plastics are one of the fastest-growing pollutants in the world and their damaging impacts on the environment and human health are well known. EU citizens have been calling for politicians to tackle the problem – EU lawmakers responded in 2019 with ambitious new rules to restrict single-use plastics.

It is now critical that the same lawmakers continue to push for ambition and resist attempts from industry to water-down, bypass or eradicate many of the measures in the new laws. Weakening them would not be consistent with von der Leyen’s “man on the moon moment” as she declared when presenting the European Green Deal.

Technical discussions are currently being headed by the Commission to prepare guidelines and “implementing acts”, setting common conditions for all Member States to implement the laws. These are taking place behind closed doors and with a range of stakeholders, providing a natural environment for vested interests to introduce delays and exemptions, and to dilute ambition. This is what is now happening.

There have also been pushes to exempt certain materials from being counted as “plastic” (such as viscose and lyocell), by claiming they have not been subject to “chemical modification” and so can be considered to have the same structure and properties as naturally occurring polymers. These claims are completely misleading and miss the point of the new laws: removing unnecessary single-use items.

Attempts to evade new rules through dodgy labelling and delays

Single-use plastic cutlery and plates will be banned from July 2021 under the new laws. However, some big brands and retailers have started labelling these items as ‘reusable’ – just because they can be washed.

Such misleading labelling may not only be legally dubious, but looks like an attempt to confuse consumers while shifting responsibility onto them for “washing” the single-use items rather than onto manufacturers to redesign their products. This is a cynical and preposterous attempt to avoid the ban, and one the Commission must unequivocally dismiss.

While manufacturers are crafting dubious labelling rather than embracing the opportunity to redesign harmful products – they are also seeking to make the requirement to indicate the “presence of plastic” on wet wipes, cups (including “paper cups” with a plastic lining) and menstrual products as opaque as possible. Similarly, the requirement to have caps and lids attached to beverage containers is being challenged.

The European standards body CEN, largely dominated by industry, is blocking the development of a standard to ensure lids and caps remain attached to the container, which will impede or significantly delay the effective implementation of this new law. This is despite the fact that bottles with caps attached already exist for sports drinks, proving that it is clearly feasible.

There is much talk about the need to be on the right side of history in responding to the environmental crisis. This is as true for securing ambitious legislation, as it is for ensuring that the ambition is carried through, and the laws are actually implemented well. ‘Ambition’ is an advocacy buzz-word, but it is also the thread which links the need to tackle plastic pollution to the future envisioned by all those who showed their support for this Directive.

Our message to Commission Executive Vice-President Frans Timmermans, the architect of the new laws, and Virginijus Sinkevičius, the Commissioner who will oversee their implementation, is simple: don’t break that thread, don’t reduce the ambition.

The history books will tell us if real change occurred across Europe on tackling the plastic pollution crisis, propelling us into a new decade with a cleaner ocean, a cleaner environment, and a fighting chance at a cleaner future. 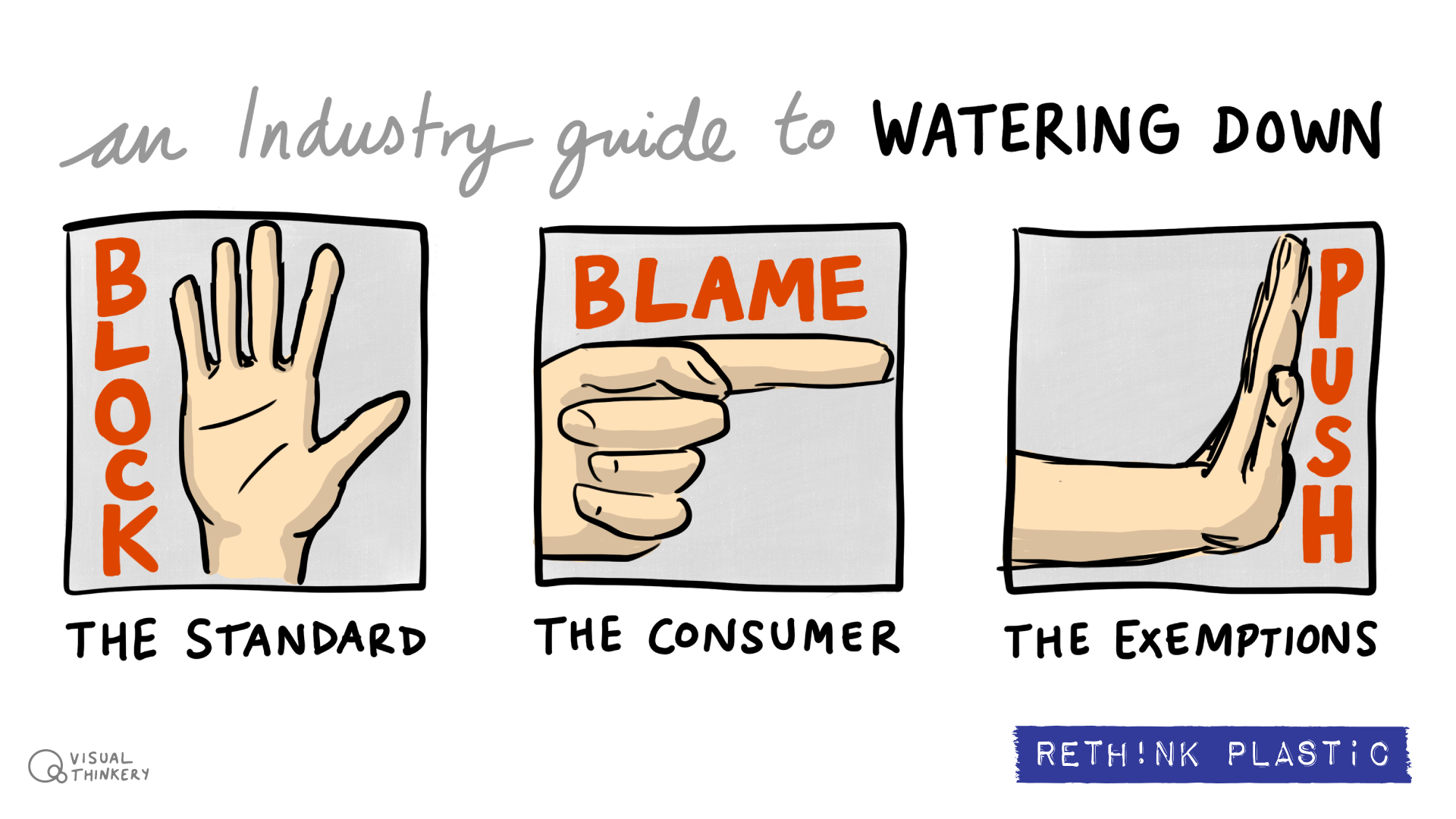