Member states have no real plan for the circular economy, they are secretly sabotaging it 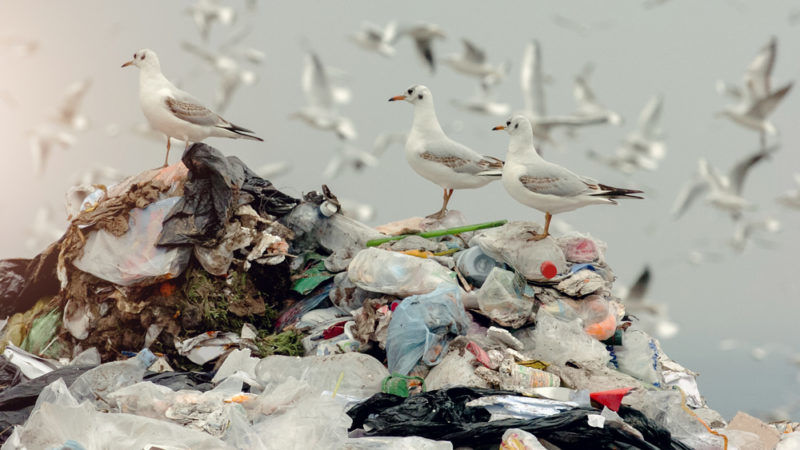 Member states claim to prioritise the circular economy but is it just lip-service? [Shutterstock]

It’s high time for a circular economy in Europe, according to member states. So why are they on course to obstruct waste laws? This kind of doublespeak undermines the circular economy but also faith in politicians, writes Piotr Barczak.

The circular economy, where waste is prevented and products reused or recycled, has now entered the mainstream of the political agenda across Europe.

National policymakers have pledged their support to tackle pressing issues such as toxic plastic pollution, marine litter, increasing CO2 emissions and dependency on the import of primary raw materials.

But away from the spotlight, behind the closed doors of a meeting room in Brussels, national policy makers are secretly negotiating their way out of any meaningful commitment.

In May, an investigation led by the EEB revealed that some member states are in fact sabotaging proposals by the European Parliament and Commission to increase recycling targets, boost reuse and reduce waste generation.

Such proposals were put forward by the European Commission in 2015, and after a more ambitious review by the European Parliament, are now being negotiated by member states in the Council of the European Union. These are expected to come up with a common position by the end of the year, before all three EU institutions can agree on the final text of the new waste laws.

Do more with less: cut waste

The European Commission and Parliament both agree that the best way to deal with waste is not to produce it in the first place.

Creating the conditions necessary to boost repair and reuse, more than recycling, is the top priority in a circular economy. This would truly help governments tackle issues such as plastic pollution and food waste, while boosting a whole industry and save consumers money.

Yet, the majority of member states, including Germany, Sweden, Denmark, Italy and Poland, are opposing most of waste prevention proposals – including measures to make preparation for reuse mandatory, a 10% target for packaging reuse and waste prevention targets.

These are key leverage points to bring net savings of €600 billion or 8% of annual turnover to businesses in the EU, while reducing total annual Greenhouse Gas emissions by 2-4%.

The Council is pushing for a weaker-than-expected recycling target of 60% by 2030 at EU level, despite growing support for a higher target in many EU countries.

In May, following pressure from NGOs, Denmark, Finland, Poland, Hungary, Lithuania and Latvia admitted that they would oppose a 70% or 65% target as proposed by the Parliament and the Commission respectively.

Yet, all these countries have been vocal about their ambition to increase recycling. Denmark, often regarded as a progressive country, was one of the latest countries to announce its self-proclaimed circular economy strategy.

According to calculations based on the Commission’s own assessment, the weakening of the recycling targets will lead to missed opportunities of at least €22 billion net savings and 37,000 additional jobs in the waste sector alone by 2030.

But a 70% target is possible. Many municipalities across Europe have already achieved and gone beyond that. And while it is true that some countries currently recycle less 20% of their waste, it is worth noting that all such countries have already been granted time derogations.

They will therefore have more time to implement popular measures such as landfill and incineration taxes, pay-as-you-throw and deposit-return schemes and better separate collection of all streams – all of which would automatically result in much higher recycling rates.

Far from the empty promises we hear in the media, such a regressive move shows that some policy makers are unwilling to take that one step necessary to transition to a circular economy. And they are determined to drag down other more progressive countries.

This way the circular economy will become nothing but the latest greenwash craze, as former Dutch politician and father of the waste hierarchy Ad Lansink once warned.

With targets set to be achieved by 2030, and 2035 for certain countries, this decision will affect future generations that don’t have a voice in today’s negotiations. We must think about that, before it’s too late.