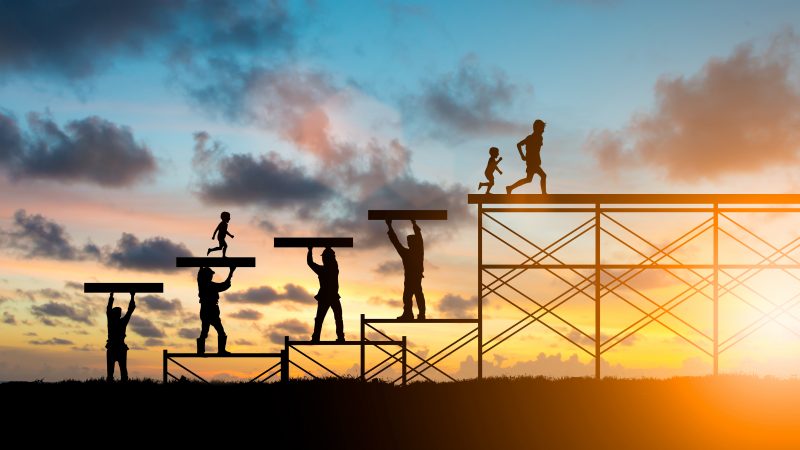 The EU collectively remains the largest donor of development aid, in 2019 channelling €75.2 billion, 0.46% of the bloc’s gross national income (GNI). It provides 55.2% of all assistance among the the world’s major donor countries.

Member states have also committed to bump up development funds to 0.7% of GNI by 2030.

“I cannot imagine that this [target] could be an accepted by wider public opinion without a having a profound discussion on and a deeper analysis of phenomena impacting our economy, our way of life and our global world,” MEP Charles Goerens said.

The liberal lawmaker said that during his tenure as the Luxembourgish minister for cooperation, humanitarian action, and defence awareness raising and education were key part of his efforts.

“I had a huge programme and my department deployed a lot of efforts in order to misunderstandings, misinterpretations or yes, let’s say [it], opposition to development policy,” Goerens told EURACTIV.

“It’s not about telling people what to believe about Europe, it’s about being aware of the important role that we can have together at European level,” said Socialist MEP Victor Negrescu.

The Romanian lawmaker said that creating ownership, especially in post-communist Eastern Europe is an aspect that should be strengthened, partly because the development policies of these countries were largely developed under the influence of the EU.

“Sometime the feeling, especially certain in Eastern Europe countries, is that sometimes CEE countries are not part of the global action of European Union,” said Negrescu.

“It was the European Union that asked those countries to develop a development policy to integrate into European Union,” Negrescu added.

“It didn’t came from them, they had to adapt and they developed some quite good policies in the field. So this is why it’s important to make them feel part of this global action.”

One EU programme attempting to do this is DEAR – Development Education & Awareness Raising – which is the only development policy scheme explicitly and solely focused on work aimed at and with Europeans.

“I think the key element is that the [DEAR] programme was designed to empower people,” Negrescu said.

The social democrat emphasised that citizen education is about understanding rights and obligations, and being capable of using them.

“This capacity of using those rights and opportunities and, at the same time, respecting obligations is the key.”

Tarozzi pointed out that because the issues are intertwined and multifaceted, the involvement of different actors from outside the educational field, like NGOs and local authorities, when teaching global citizenship is strategically important.

According to the academic, “without a sound grounding in a territory, in a locality, in a community [global citizenship] risks to be completely abstract, and just theoretical claim.”

In his opinion, the opposition between patriots and globalists is false and created for political purposes.

“That’s why it’s very important that every global dimension in education should be rooted in a local physical territory, in a [local] authority. There’s no opposition between local and global, there’s a continuity,” Tarozzi said, “otherwise, it is just abstract and naive claims for internationalisation.”