The Proterina-3Evolution project, which brings together 14 partners based in Provence-Alpes-Côte d'Azur, Corsica, Sardinia, Liguria and Tuscany, have received €6 million in funding, of which €5 million come from the European Regional Development Fund (ERDF). [Mark Robinson / Flickr]

The Mediterranean coast, where real estate projects are flourishing and thousands of tourists flock every year, is particularly vulnerable. This is why, since 2017, France and Italy have been fighting against water risks together.

Though flooding is frequent, inhabitants of the eastern districts of Corsica’s capital, Ajaccio, did not fail on 11 June to take video footage of the torrents of muddy water that washed away garbage cans and cars.

“Nearly 160 millimetres of water fell that day,” the deputy mayor of Ajaccio and delegate for Urban Planning, Nicole Ottavy, told EURACTIV France in an interview, adding that “we then used the anti-flooding equipment for the first time.”

These include five sirens, two generators, a professional drone to monitor the water, about 40 barriers to cut off the roads, and above all, a municipal command post, equipped with a digital panel “to contact the prefecture directly in case of problems”.

Though such a list could make one think of a spy movie, this equipment is nevertheless fundamental in Ajaccio, Ottavy said.

“The town faces various risks of flooding. The floods of two rivers, the San Remedio Arbitrone and the Gravona-Prunelli, are to be watched”, she said, adding that “the real risk is the runoff, which flows from the heights of Ajaccio to flood the areas below.” The districts of Cannes and Les Salines, flooded last June, are particularly vulnerable.

In Corsica, these facilities are key.

Every year, this area of the Mediterranean faces so-called “Cévennes” episodes. These are intense and sudden rains, typical of south-eastern France, which cause heavy damage.

Ottavy, who has lived in Ajaccio for about fifty years, notes an increased frequency and intensity of flooding in recent decades. “It is difficult to analyse it on a human scale, but it is true that these events are less rare than before. And all the more so since new districts were built below sea level in the 1960s,” the elected representative added. 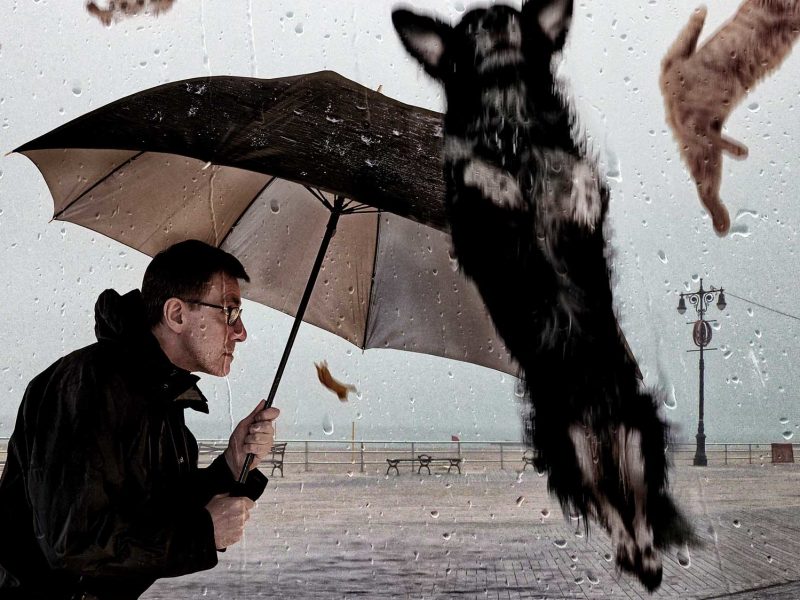 A shared hazard in the Mediterranean

Climate change exacerbates these extreme weather events and forced urbanisation does the rest. The land is no longer able to absorb such heavy rains due to cementing, building density and soil sealing, so the probability of flooding threatening residential areas increases with each new sale of land.

The Proterina-3Evolution project, which brings together 14 partners based in Provence-Alpes-Côte d’Azur, Corsica, Sardinia, Liguria and Tuscany, have received €6 million in funding, of which €5 million come from the European Regional Development Fund (ERDF).

Over the past three years, tools to prevent flooding, monitor water risks and raise awareness have been set up in various territories. The equipment from which Ajaccio benefits is part of this effort.

“Corsica, like Sardinia, is a mountain in the sea. Here, meteorological phenomena are very difficult to predict. The budget for Corsica had to be substantial,” said Ottavy.

With nearly €1 million for the Corsican region alone, the agglomeration has relied on equipment for warning and protection of the population. “We won’t stop the storms, so we might as well inform the inhabitants about what to do,” explained Ottavy.

In Nice, the authorities have opted for another strategy: real-time monitoring of the height of the Magnan River, located to the west of the city.

After installing facial recognition cameras, Nice’s city council decided to set up intelligent cameras that analyse the level and flow of water in the Nice river with the help of sensors.

The purpose of such cameras is to prevent possible flooding in an area where buildings are dense, the use of which is undoubtedly less controversial than that of city cameras.

In France, 23,000 municipalities are concerned

The cross-border project is scheduled to end this year. Faced with the magnitude of the water risk in the Mediterranean, Nicole Ottavy hopes that “a project of the same type as Proterina will be set up again”.

In France, no less than 23,000 municipalities, which cover about 64% of the territory, have been declared at risk of flooding by their prefects.

According to the ecological transition ministry’s latest report on natural risks, 180 damaging natural events affected France between 1900 and 2017, two-thirds of which were floods.