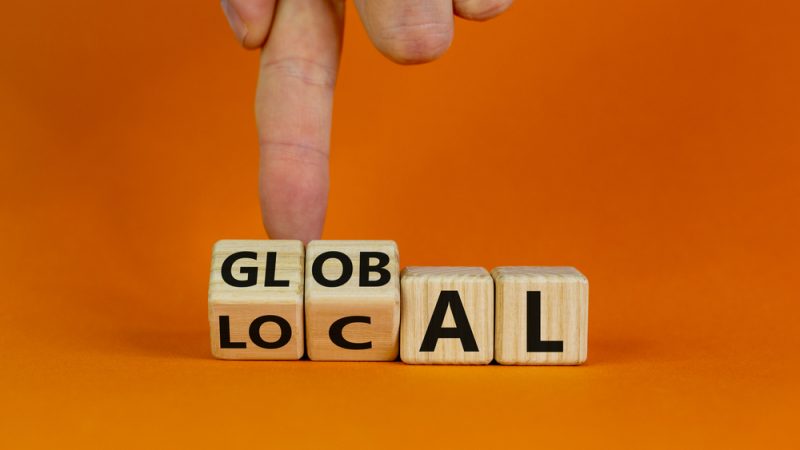 Leaders are usually quick to pay lip-service to the importance of local governance in achieving the UN’s global goals, which are meant to be a “blueprint for peace and prosperity for people and the planet, now and into the future.”

“Local authorities are crucial actors to mitigate the complex and multifaceted impacts of the pandemic and build forward better,” G20 development ministers said in a joint communique following their meeting in Italy last month.

The leaders said they were committed to work with all levels of government to support local authorities in working to achieve the goals, adding that they “intend to foster innovation and knowledge co-creation with all stakeholders, especially local actors, to advance the localisation of the SDGs.”

However, decision makers have a long way to go to transform good intentions into reality, with local and regional governments (LRGs) calling for a higher level of engagement in the efforts to meet the goals.

In a joint statement ahead of the meeting of the UN’s core platform for monitoring the implementation of the global 2030 agenda for sustainable development, LRGs said they wanted a system in which they held “a permanent seat at the decision-making tables representing the peoples they serve.”

They also called for “a strong international community and updated UN system that reflects the current context, including LRGs in all stages of decision-making processes,” the statement added.

Despite persistent demands of local authorities to their national counterparts to be included in planning, the vast majority of local governments are still not involved in national institutional mechanisms for SDG implementation.

Emphasising the importance of collaboration with higher levels of governance, Sabine Drees from the Association of German Cities said “to be part of the story, it’s not as evident as you might think as a local partner.”

“You see within the high level political forum it’s still an assembly of states, and for us German municipalities, it’s not too easy to get a stake and to sit at the decision table,” she told an online event last week.

Only Austria involves local players through regular participation in the decision-making process as an equal partner, a recent study surveying 39 associations of towns and regions in 29 European countries found.

Six local and regional authority associations said they were not involved at all, while 14 said they were only involved on an ad-hoc basis. A further 16 said that although they were routinely consulted, they hold no decision-making power.

The same dynamics are reflected globally, despite a push to include local actors, which generally tend to enjoy higher levels of public trust than their national counterparts.

Local governments have only been marginally more involved over time in the preparation of the national reports on the implementation the sustainable development goals known as voluntary national reviews (VNRs), the studies found.

Around the world, the proportion of local and regional governments being intensively consulted on the goals stands at 37% another study published last week by the United Cities and Local Governments found. The proportion consulted increased only by 5% this year from 2016.

A similarly worrying trend appears to be emerging when it comes to the involvement of local governments in the national coordination mechanisms for the implementation of the goals.

Worldwide, the proportion of LRGs participating a lot in national structures decreased from 29% to 21% between 2016-2020 period and 2021.

The studies also found that local and regional governments must do more to become knowledge hubs for implementing the goals on the ground.

While 77% of the staff in European local and regional government associations are at least aware and refer to the SDGs in their work, only 36% use them as an important benchmark for planning.

For 13% of the associations, their staff is unaware of the importance of the global goals, while in 1 out of 10 associations there are few individuals who are familiar with them.