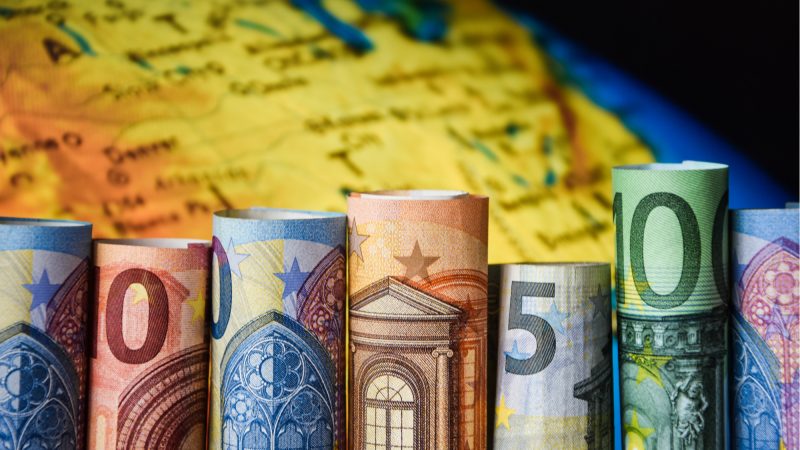 After five rounds of trilogues since the beginning of the year, European institutions are still locked in negotiations over the instrument that will channel the biggest share of external action funds but also suffered one of the biggest cuts during the summer’s marathon talks.

Member states and the European Parliament are locked in talks over the EU’s new Neighbourhood, Development and International Cooperation Instrument (NDICI)  in the next seven-year budgetary period.

Besides EU health and research programmes, NDICI and humanitarian aid suffered some of the biggest cuts the Parliament is currently attempting to renegotiate.

Regional governments and civil society are calling for an increase in spending after European leaders shaved off €15.2 billion from the new instrument to leave €70.8 billion in July, 17.7% less than the Commission asked for and 3.1% less than spent on similar programs in the 2014-2020 period.

The NDICI is one of fifteen flagship programmes, which Parliament expects the Council to rethink.

As with other files contingent on the wider budget talks, the institutions hope to come to an agreement by the end of the year.

But beyond just the amount of funds available, political issues like spending on migration are still open, with the next round of talks scheduled for 17 November.

“For us, [NDICI] is creating a bigger instrument that will give more flexibility, hopefully make the aid more efficient and in line with the goals that we want to reach” like the sustainable development goals and the EU’s geopolitical ambitions, chair of the Parliament’s development committee Tomas Tobé told EURACTIV.

In a surprising move, EU leaders decided on the internal distribution of the funds within NDICI, setting aside the lion’s share of the money for geographical programmes, while leaving €8.5 billion for thematic projects and rapid response actions, with another tranche left as a cushion for new challenges and unforeseen circumstances.

Tobé said that the Parliament’s position is that the internal distribution should be decided by the Council and the MEPs alone.

NGOs have also called for shuffling funds around by decreasing the cushion to increase thematic programmes and rapid response actions important for providing humanitarian and development aid.

MEP Michael Gahler (EPP) co-responsible for the NDICI negotiations said “if the Council wishes to have the Union prepared for newly emerging challenges … the funding of the NDICI needs to be raised.”

“Otherwise the Union’s ability to show solidarity and deepen cooperation with important partners in Europe and the world would suffer” and “we will meet to discuss fund raising each time a new crisis or priority develops,” the German lawmaker said in emailed comments.

Another issue is that in an effort to streamline and make NDICI geography-focused, the Commission’s proposal for the instrument did not include a specific budget for local and regional authorities (LRAs), despite it being present in the previous budgetary cycle.

After the Committee of the Regions (CoR), a 329 member-strong advisory body made up of regionally or locally elected politicians, as well as civil society and LRA associations protested the decision, the MEPs included it in their counter-offer. Gahler said the Parliament is still demanding the continuation of a dedicated programme.

No specific budget line may reduce the number of projects for which regional authorities can apply directly to the Commission, placing more focus on bigger umbrella programmes with a wider reach.

“Experience and evidence show that local and regional governments can be important partners for development, and that civil society organisations are well placed as backbone and multipliers of such cooperation,” Gahler said.

In its updated proposal last spring, the Commission included “some wording on LRAs here and there, but no specific programme and no earmarked budget,” Isabelle Boudineau, Chair of the CoR committee responsible for cohesion and EU budget said.

She pointed out that many European regions and cities already have cooperation programs with LRAs outside the EU, and these will be endangered.

Boudineau, who is also Vice-President of the Nouvelle-Aquitaine region in France, said her region for example already has cooperation partnerships in place with regions, provinces or departments in Madagascar, Senegal, Vietnam and Burkina Faso.

There they are supporting the development of agro-ecological agriculture, training farmers, helping with the development and implementation of a climate plans and working on a projects to create micro solar power plants.

According to Boudineau, “the fact that this is a cooperation between LRAs, [and it is] decentralised, allows a better efficiency of public action, often more effective than between states.”

“We have a real aptitude for establishing a political dialogue with local public authorities, going into areas and territories often overlooked by states,” she added.

If the Parliament does not succeed in pushing through a separate budgetary line, local and regional authorities will have to work more with EU officials on the ground.

In turn, more responsibility will be placed on EU delegations in partner countries to ensure LRAs have adequate access to Union programs.

However, both the Commission and the Council are pushing for simplification for what they say would be efficiency gain.

“We all kind of understand that we need to work more with local authorities and with the civil society,” Tobé said.

“From the Council and the Commission’s [point of view] …of course, it’s more easy to have this relationship with states and governments.”

At the same time, “I think that many kind of understand that politically speaking, when we have huge problems with specific countries, — and sometimes a problem is actually the leadership of the country, — … it’s more efficient to work with the civil and local society than the authorities.”

Tobé added that while he hopes this will not be the toughest issue to agree on, it is hard to say because “no one has really shown their cards yet. That’s because we have saved all the kind of crucial political discussions to the very end.”