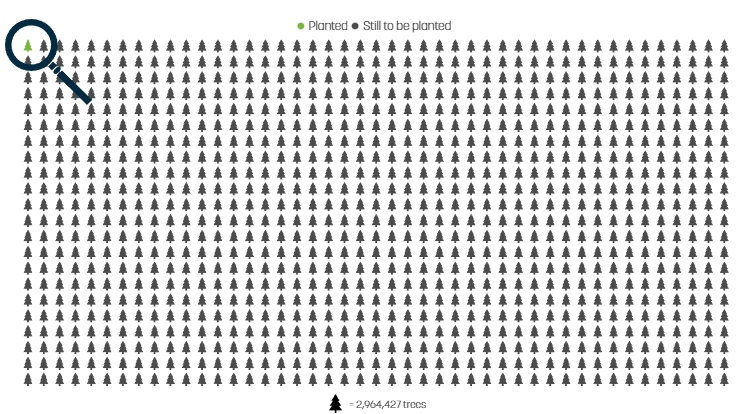 In May 2020, the European Commission published its biodiversity strategy, which included the aim to plant three billion new trees by 2030 to help tackle climate change and create jobs.

“That’s our promise. To plant three billion trees. The right trees, in the right place, for the right reason. It’s one part of our efforts to fight climate change and stop biodiversity loss,” said Virginijus Sinkevičius, the EU’s environment commissioner.

According to the EU executive, planting three billion additional trees across the EU by 2030 will increase the area of forest and tree coverage, increase the resilience of forests and their role in reversing biodiversity loss while mitigating climate change and helping adaptation to global warming.

These trees should be planted in forests, agricultural areas, urban and peri-urban areas and along infrastructure corridors, provided they are the right species and are planted in full respect of ecological principles, according to the EU.

“Tree planting is particularly beneficial in cities, while in rural areas it can work well with agroforestry, landscape features and increased carbon sequestration,” reads the EU’s biodiversity strategy.

According to the Commission, it is estimated that almost 300 million trees grew every year between 2010 and 2015. The aim is to double this to reach 600 million per year, which would equal three billion additional trees by 2030, compared to the business as usual scenario.

“Three billion is a big number, but we’re on the way to making it real,” said Sinkevičius.

However, the year-on-year numbers so far have fallen far short of the EU’s goal. For instance, as of April 2022, just 112,342 trees had been planted this year.

There is also a huge disparity when it comes to the countries that are engaging with the scheme.

Some, like the Czech Republic, France and Italy, are doing the heavy lifting, while others have not made any contributions to the goal.

It is also key that the right species of tree is planted in the right area. Plantations of invasive species or only one species can have a serious impact on biodiversity in the area. 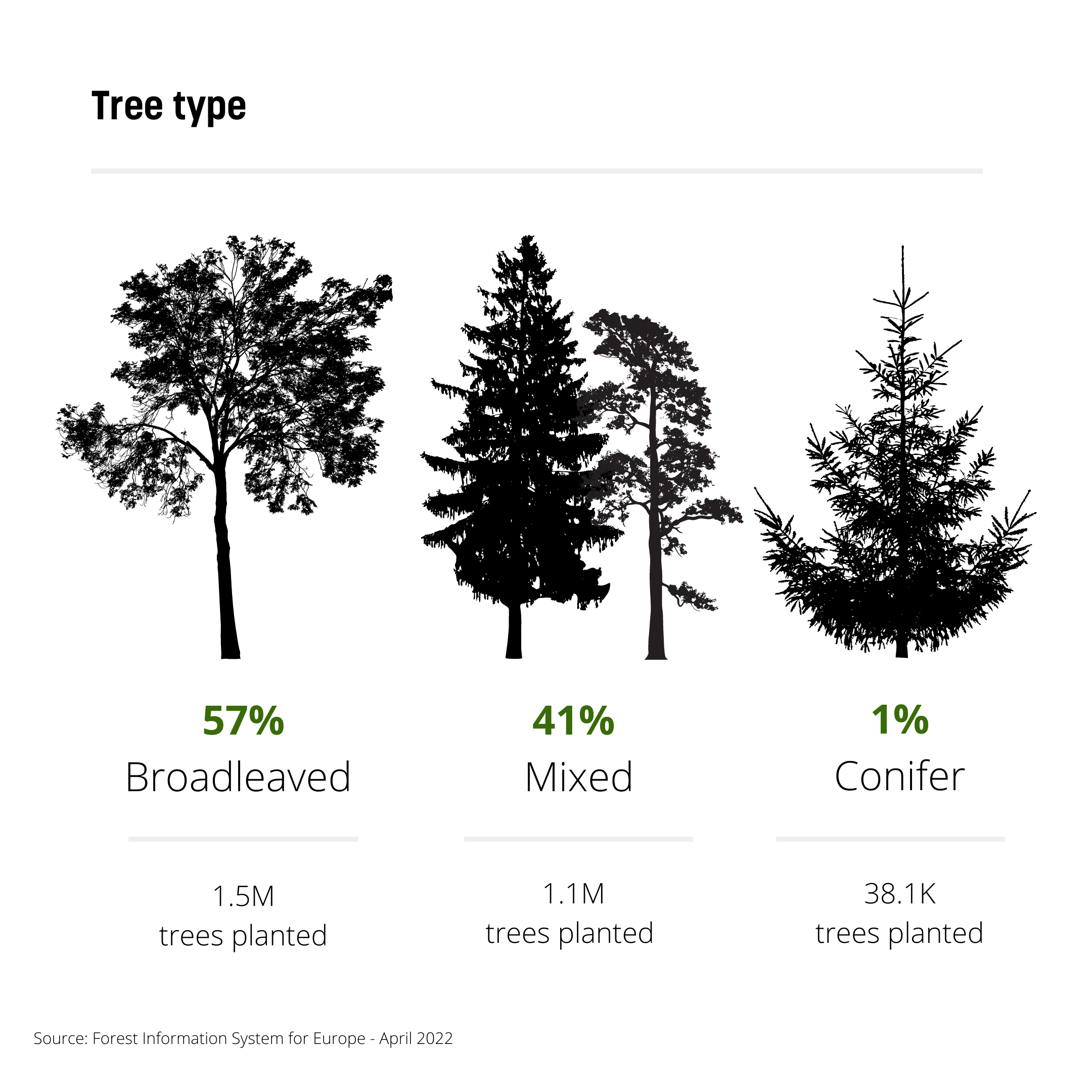 Meanwhile, trees planted on peatland could backfire and cause carbon to be released. Trees should not be planted in areas of high nature value, such as mires, bogs, fens, wetlands, peatlants and grasslands, the EU executive said.

“Additional trees need to be planted and grown in full respect of ecological principles. This means that the right tree has to be planted in the right place and for the right purpose. This requires long term planning and monitoring,” it continued.

Trees shouldn’t just be planted in forests, but also in rural and urban areas, according to the EU executive. Trees in cities have the benefits of providing access to nature and providing shade.

Meanwhile, trees in rural areas can couple with agroforestry. So far, trees have been planted far more in agricultural and forest areas than other areas. 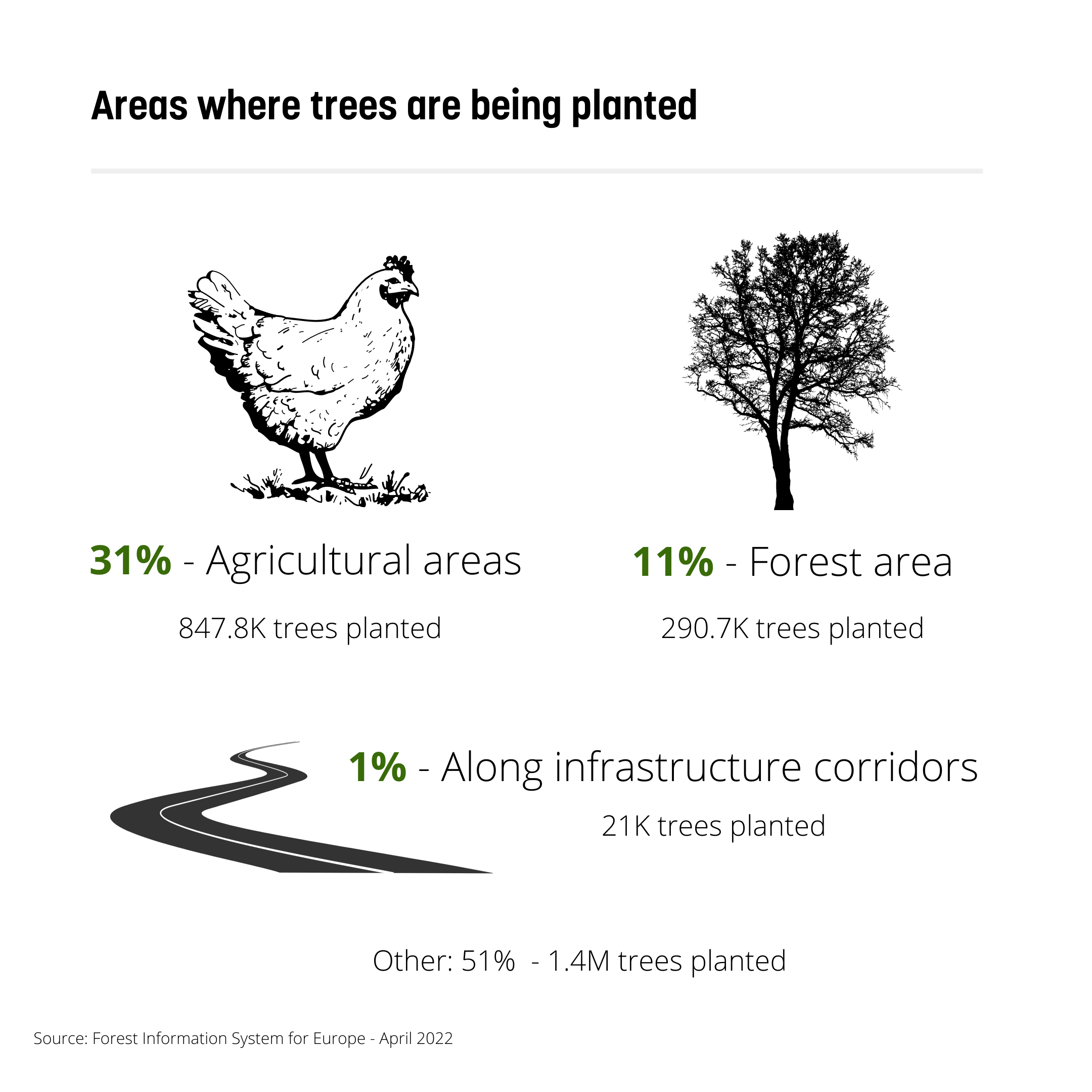 Areas where trees are being planted