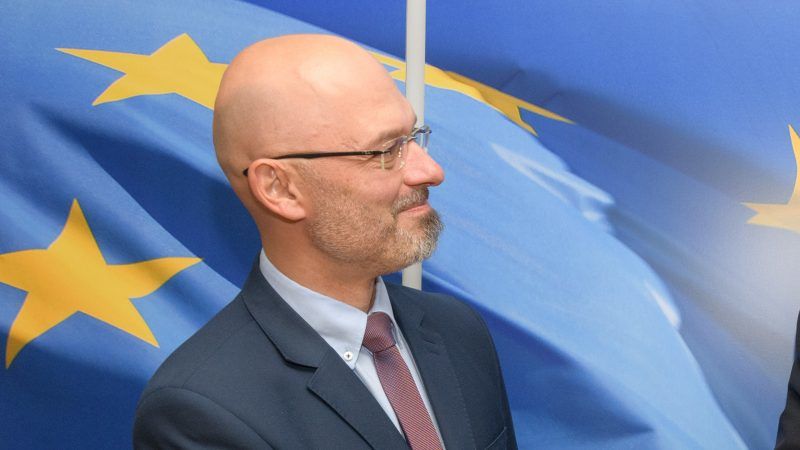 Michał Kurtyka is secretary of state in Poland’s ministry of environment and is government plenipotentiary for the COP24 presidency. He responded to written questions.

Do you have a specific set of goals for the Katowice summit and how confident are you that you will achieve them?

There are several challenges we are facing at COP24 in Katowice. Given this conference is about operationalising the Paris Agreement, which provided us with a framework, but did not crunch the details of how to actually get to the goals the global community set out for itself, I could enumerate here a whole list of technical details which must be finalised in various decisions. But let me focus on two areas I see as particularly sensitive, and which will require political guidance in December. One is the issue of differentiation.

We are talking about how to move forward as a global community in achieving the goals of the agreement, implementing a system which takes into account differences between countries. This concerns the standards for transparent reporting by all countries and information pertaining to their contributions. Second, there is an issue of reporting on finance provided in the past and to be provided, so that the recipient countries commit to ambitious mitigation action having a reasonable degree of certainty they can pull their plans off the ground.

I just returned from New York where we hosted informal consultations on these and other issues with a representative group of countries from all negotiating groups. I am reassured there is a will among the Parties to deliver the Katowice outcome. We are hard at work and we will do all in our power to facilitate this delivery.

Katowice, a small city compared to previous COP hosts like Paris, is set to host diplomats and negotiators from across the world in December. What was the reasoning behind the decision to use a former mining centre as the venue for such an important climate summit?

We hosted the UN climate conferences in Poland twice before. Poznan hosted COP 14 and Warsaw hosted COP19. Both cities are smaller than Paris and both COPs delivered good results. The very notion of the intended nationally determined contributions (the INDCs) was coined at the meeting in Warsaw. On symbolism, we are of the view that if a much-needed transformation is to take place, those affected by it the most must be invited to the conversation.

In any situation in life, this is a logical approach, as it should be in the climate change policy arena. Katowice is the place where climate policy will dramatically alter the way of life of large communities. It is only fair to recognise that. This is why I made the topic of just transition prominent during our Presidency this year.

How much planning has been put into this presidency of the COP and how important do you assess its role in delivering the aims of this particular summit?

Admittedly, our team was put in place later than usual. We are, however, quite determined to make sure that the Polish Presidency delivers a good outcome, as it has done in the past. To put things in perspective, every time Poland is set to take the lead of the global process there is scepticism. I will let the fruit of the conference speak for itself. Long held opinions are usually hard to change no matter the argumentation.

The lead-up to COP24 has been hectic. Talks in Bangkok failed to completely narrow down all the options that leaders will pick from in Katowice and an extra day has been added to the summit. Is that the key resource in this process: time?

I strongly disagree with the notion that the Bangkok talks failed. They were very helpful in injecting momentum into the process and resulted in a strong mandate for the officers presiding over the respective strands of the discussions to produce draft textual proposals. Obviously, there is still a lot of work ahead of us but we probably achieved more progress in one week in Bangkok in September than in two weeks in Bonn in May. The options for the ministers are always distilled only during the COP. Parties do not let go of their positions earlier than that. It is not realistic to expect that. What’s more important is that the chief negotiators gain a good understanding of where the discussion is going and this is happening as we speak. 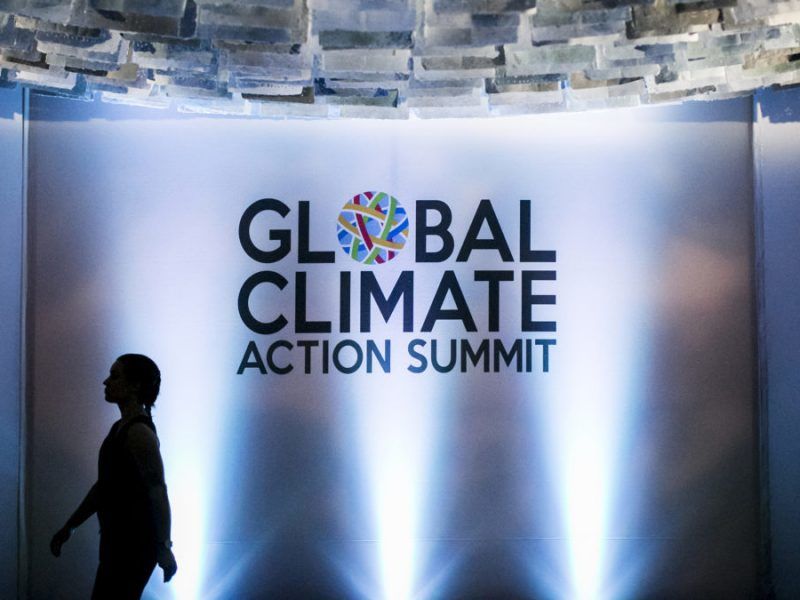 The presidency of the Paris COP also raced against time to put together what would eventually be the Paris Agreement. They largely achieved this through informal negotiations on the sidelines and a willingness to be flexible. Does your presidency intend to follow a similar approach, if needed?

We already held and will hold further informal consultations. We have an experienced team in place who know the process and its actors. I have paid visits to China, India, South Africa, Singapore, Norway, Germany, France, Canada and the US. I met with ASEAN and the BASIC countries. I am on my way to the Middle East. There is much in the planning and we are hard at work. The informal approach is very useful and must complement the formal process.

Three years on from Paris, the agreement looks shaky at times, given Donald Trump’s decision to pull out when possible, Australia’s eroding ambition and the chance that Brazil’s next leader may decide to nix it too. Does that give this COP even more added importance?

I see the role of the successive Presidencies as that of stewards of hard work which took many, many years. We are the ones responsible for sending it safe and sound on its way into the future. The Paris Agreement is historic, but only in Katowice will we show the world it is implementable. This is important.

Is Poland alone in hosting this COP or can we consider this a European effort? To what extent have other countries lent support or assistance?

COP14 and COP19 were a global effort, as all other conferences before, in between and after. Every COP is an effort of all Parties. In the run-up to any COP, a number of governmental and non-governmental actors assist by hosting discussions in various configurations and we are grateful for that. Any effort which brings the Parties’ understanding closer to a landing ground is valuable. Poland as the Presidency of the global climate process fulfils a role of a proud host and a keen assistant to the final delivery. COP 24 is no different in this respect.

The European Commission plans to unveil its 2050 long-term climate strategy either just before or at COP itself. Is this good timing in your opinion and do you think this forward-planning from the EU will help the effort needed in December to finalise the rulebook?

These two issues can be treated in a different manner. The EU, in light of its internal legislation and based on the impulse given by the European Council in March 2018, will be developing a long term strategy based on national plans. Implementing the Paris Agreement is a totally different discussion where the most useful input from the EU is rather its capacity to come forward with proposals that will build bridges between the positions of Parties.

It is the expertise of the EU negotiators on the way to Katowice and during the COP itself that can help to finalise the Paris Agreement Work Programme at COP24.