In an interview with EURACTIV Germany, former Green member of the Bundestag Hans-Josef Fell spoke about Angela Merkel’s climate heritage, record CO2 emissions and why Germany should become carbon neutral by 2030.

From 1998 to 2013, Hans-Josef Fell was a member of the Greens from Bündnis 90/ Die Grünen in the German Bundestag, where he was energy policy spokesman for his parliamentary group from 2005. Fell is considered to be the initiator of Germany’s world-renowned 2000 renewable energy feed-in tariff legislation. Today, he is President of the global climate network Energy Watch Group.

In the European elections, the Greens entered the European Parliament with many new votes in their favour. Do you think this will make the EU more climate-friendly?

That is hard to say. I assume, however, that this is because the Greens have been strengthened and the major parties have noticed that they can no longer block climate protection as they have done in recent decades.

Angela Merkel was once dubbed the “climate chancellor”, but now she and her party are receiving harsh criticism from climate protectors. What will Merkel’s climate legacy look like?

Already as leader of the opposition in the Bundestag, Merkel had opposed proposals for an eco-tax and a Renewable Energies Regulation, which we passed in parliament under the red-green coalition at the time.

When she then became Chancellor in 2005, every amendment of the law put pressure on the development of renewable energies, so that we are now left empty-handed. 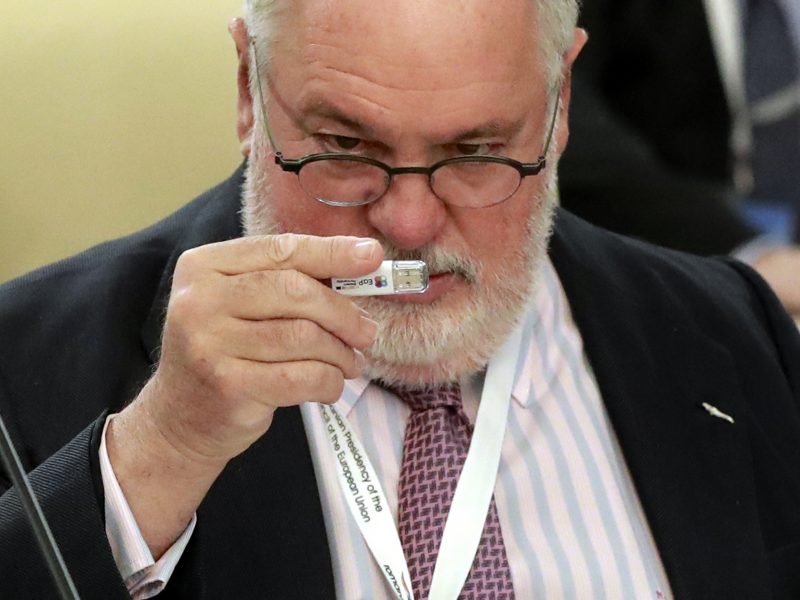 Even when she switched from expanding nuclear energy to abandoning it in 2011, this was only because of nuclear protests taking place.

At that time, the Greens reached 20% for the first time and even had a prime minister from their party govern Baden-Württemberg.

That is when Merkel noticed that she was on the wrong side of the line and pulled the release cord. Her political instinct told her that she would never win another election otherwise.

But she was never a convinced anti-nuclear chancellor, any more than she was a climate chancellor.

Are the Christian Democrats (CDU) able and willing to turn the tide to become a party that is considered to be climate-positive?

That will be very difficult. From my experience as an MP in Germany, I know how strongly the all-dominant economic wing and other members of the party oppose climate protection. This will not change within the few months in which the electorate has built up pressure.

In addition, the measures now needed to achieve the Paris climate targets will be a real feat of strength. This would mean putting a definite end to the use of oil, gas, coal and intensive agriculture within a few years.

A much greater feat than “only” the nuclear phase-out. We need to implement many measures at the same time that are also feasible. But this will be incredibly difficult for the Union between Christian Democrats (CDU) and Christian Socialists (CSU).

Frankly, I have never seen an agenda from the CDU that includes such ambitious measures.

Yeah, definitely. Many young people of this generation have understood the dramatic impact it will have on their own lives and have voted accordingly.

Over time, we will have a political rethinking take place naturally, of its own accord.

But we cannot wait for this. We still have a maximum of three years to organise a shift so that there are no longer any emissions by 2030, which is absolutely essential.

So you are demanding for there to be climate neutrality by 2030, as opposed to 2050?

No, we need zero emissions by 2030 as well as large carbon sinks. Climate neutrality is no longer sufficient because it would still allow large emissions.

In Paris, a carbon budget was set for the planet. The carbon budget would help keep global temperature levels from staying below the 1.5-degree-threshold until 2045, but only if we committed to decreasing emissions.

But in the last four years, we have seen record emissions on a global scale, so most of the budget has already been used up.

And mind you: even at 1.5°C global warming, cities like New York, Shanghai or Miami would still sink below sea level.

Many people are still opposed to climate protection. They are concerned about rising living costs and lifestyle changes. Is the energy revolution being pushed against the will of the population?

Climate protection does not work against but in favour of citizens. If some parts of society have not yet been convinced, it is because of the interests of the dominant economic system, which relies on coal, oil, natural gas and uranium.

The debates on a carbon tax in climate policy are important, but not target-oriented because that is not the decisive political instrument.

The crucial task is to channel the huge amounts of private capital into investments in renewable energies and emission-free technologies on a global scale.

In the energy sector, this has worked with fixed feed-in tariffs. But with the switch to tenders, the renewable energy sector has collapsed.

Civil investments, which accounted for 90% of all investments in renewable energies in the last decade, have fallen sharply because the state has capped the number of tenders permitted. 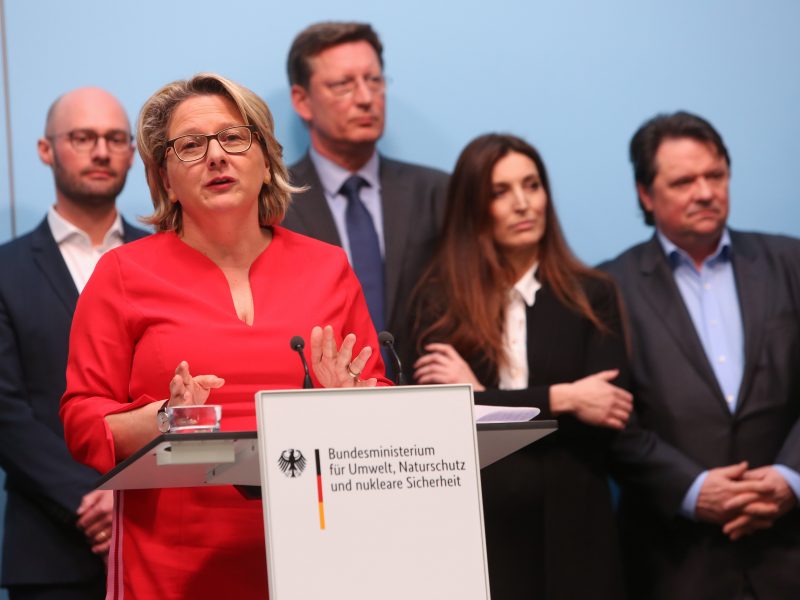 The energy transition has therefore lost its basis for acceptance. Now we see protests against wind turbines everywhere because the local population can no longer participate in the transition.

Yet, many places have benefited from the Renewable Energy Sources Regulation. The district of Hunsrück, for example, was still the poorhouse of Germany in 1995. In the meantime, municipalities in the area have become largely debt-free because of the regulation and have formed reserves.

These are positive developments that need to be communicated!

What do you think of the climate protection bill that Environment Minister Schulze sent to various ministries on her own initiative this week?

The bill is correct by making demands and measures on the various sectors binding.

Ministers of Merkel’s climate cabinet are in the process of proposing their own measures, which are to be implemented by their ministries. For example, Mr Seehofer (CSU)  has signalled that the energetic refurbishment of buildings should be tax-deductible, a demand that has been made for quite some time. How do you rate these efforts?

The issue regarding the refurbishment of old buildings is a tragic one – it was already planned under the red-green coalition but it failed in the Federal Council (Bundesrat) at the time. This was fifteen years ago and nothing has happened since.

If effective climate protection is to be achieved, there needs to be a huge re-think of the entire bureaucracy that operates in the ministries of transport, construction, agriculture and economics. 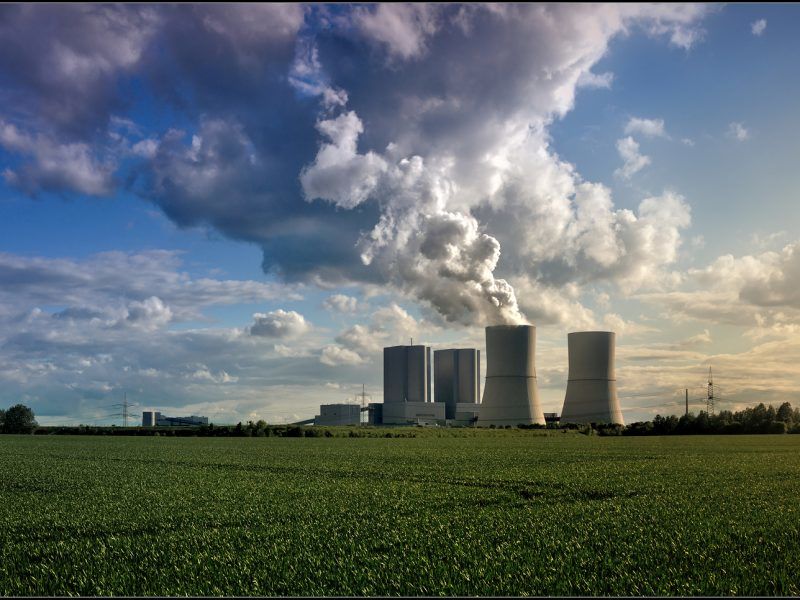 Germany will have to spend more than €1 trillion to meet even the lower end of the European Union's 2050 target to reduce carbon dioxide emissions, according to a draft of a study commissioned by the BDI German industry group.

One response to “German conservatives from the CDU/CSU will face difficult times, says former MP”