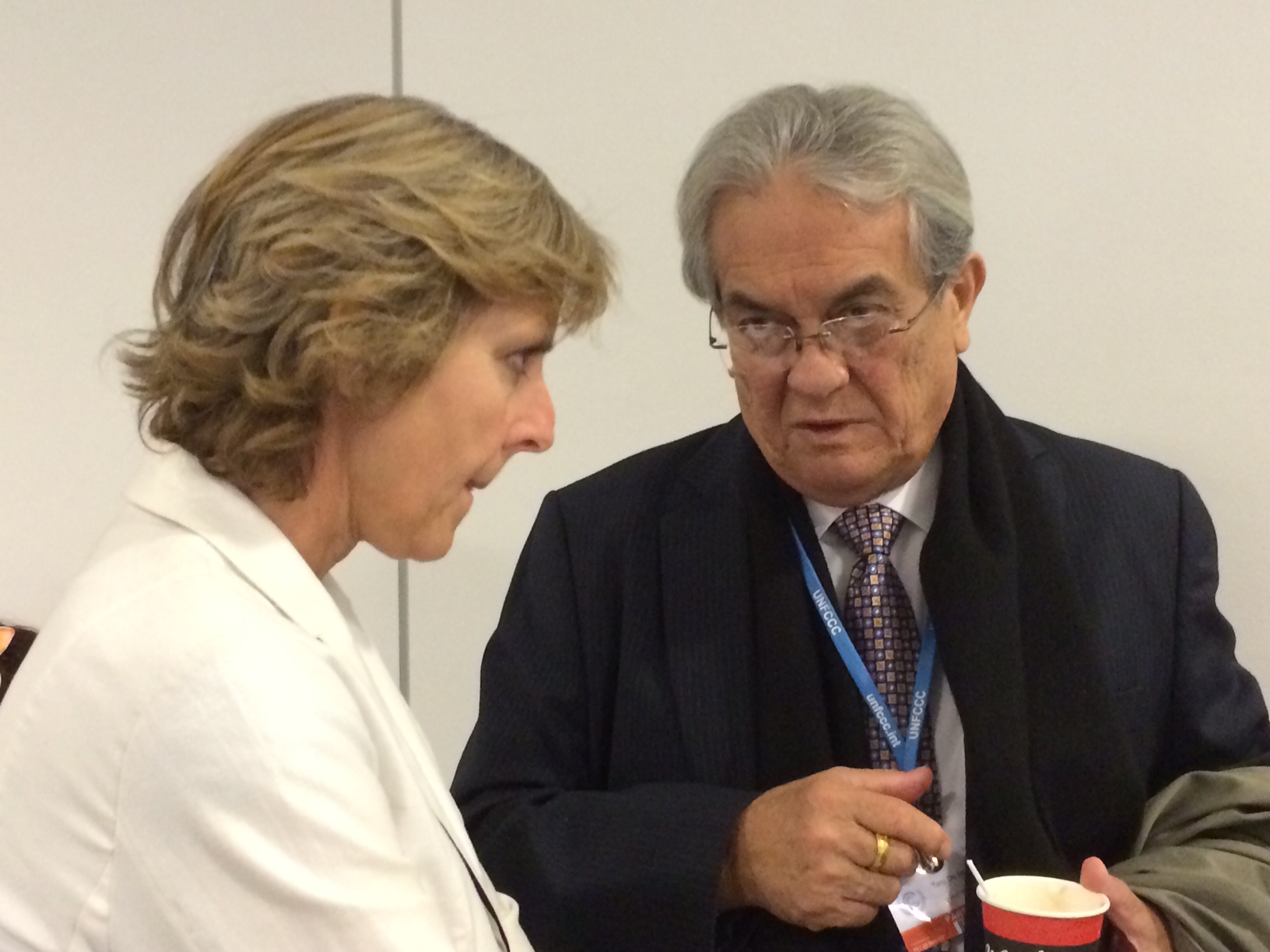 The Foreign Affairs Minister of the Marshall Islands, a country which suffers a great deal from climate change impact, tell EURACTIV’s Tanka Milevska what his country needs from the developing world in terms of decarbonisation and stronger climate ambitions.

What is the current situation in your country and what are the main challenges you’re facing?

We brought Commissioner Connie Hedegaard to the Marshall Islands in September for our Pacific Forum meeting and she saw first-hand what it means to be a small island barely two metres above sea level. We’ve going through extended droughts in the North. In the South we were suffering from high tides, which closed down our airport. The situation is affecting food security, it’s affecting everything. The tides are washing away much of the shoreline in the main populated areas, high tides are wiping out homes and gardens and other public facilities like schools. They are also waking up the dead, literally, undermining the graveyards and exposing the bodies, the skeletons. Recently 26 bodies were exposed. These conditions not only affects the country in physical terms but also in terms of long-term plans for development and keeping up with the requirements for energy and water. Having said all that, here we are trying to work hard on climate change with our big development partners.

What do you need?

We need to clarify what the ambitions are for the big countries. The EU wants to lock in some of the goals for 2030 but there needs to be flexibility to reflect the fact science will get better over time. We think that should be shortened, 2025 is much better than 2030, and that would be something that the EU can easily accept. We are aware that the United States seems to be amenable to such an idea, and if those two agree, the rest of the world would fall in place we think.

Clarification on climate change financing has been a long time coming. We need to make sure that the vulnerable countries have a way to deal with this threat. To not only safeguard what they have now, but also plan for the future. What happens if this rise in sea levels is uncontrollable? We ought to think about it and discuss what aspects of development not threatened by climate change we can secure.

In our own small sort of way, the Pacific Islands have, in co-operation with the EU, been engaged in energy projects that contribute to decarbonising the world, including the solarisation of the Marshall Islands. We are also talking about solar-to-grid improvements in our main operation centres, not just the Marshalls, but the Pacific Islands, with assistance from the EU. We’re talking about a revamping of our transportation requirements. We need to support our islands with shipping and that requires fossil fuels and when it comes to fossil fuels we’re at the farthest end of the pipeline that you can be. We are also at the bad end of the pipeline when it comes to energy production. So we want to try and find solutions to those things with our EU friends.

What are your expectations for the upcoming climate conference in Paris in 2015?

The EU has been struggling with third countries to come up with stronger commitments on climate change. What is your take?

The US and China must come in with a commitment that makes a difference. In recent times, we’ve been delighted to see some of China’s own initiatives in the development of energy plans for example. It is indicative of China’s desire to be more co-operative and more responsible in their own energy efforts and the clean-up of carbon emissions. Our good friend commissioner Connie has been to China in recent times, we hope that also helped to bring them along. She’s a very effective leader in the climate change world and having her do that is indicative of the EU’s commitment to do their part in spite of some of the pressures put on all of us by the big emitters.

As for the US, we think that in spite of some internal political obstacles, they have been trying to show the way forward. We think that the White House is definitely committed to some of these ambitions but we are also aware of the difficulties in the American industrial base and amongst their own neighbours, Canada, and some of the people with which they do business.

What is your take on the recent developments in Ukraine and Russia, and how do you see the struggle for energy independence in the EU in this context?

As a responsible member of the UN, we are with the EU and the US on this issue. We realise that from time to time there will be hiccups in international relations that will thwart some of our most successful efforts in climate change work, but we don’t think that should dictate what the rest of the world does. We hope that the Russia-Ukraine issue can be resolved as quickly as possible through diplomatic means, although there are some warnings that it may require a lot more sacrifice. We are still hopeful that cooler heads will prevail and that we do not succumb to the temptations that rear their ugly head in situations like this.