“Slovakia will continuously monitor the development of these technologies and the business model," the strategy states. However, the country is not yet banking on this type of connection, which was not even mentioned in the recovery plan sent by the Slovak government to the Commission at the end of April. [PETER KOMKA / EPA-EFE]

This article is part of our special report Climate science from space.

Satellites can help track things like extreme weather, forest stocks and methane emissions, but more and cheaper “near real-time data” is needed for next generation applications to emerge, say Miguel Bello and Ricardo Conde.

Miguel Bello is CEO of the Air Centre, which seeks to solve climate change and ocean pollution through space monitoring. Its member countries are from all around the Atlantic.

Ricardo Conde is President of the Portuguese Space Agency, Portugal Space, which is looking at promoting and developing the industry and fostering new space programmes, including through Portugal’s recovery plan.

They spoke to EURACTIV’s Kira Taylor ahead of the conference ‘Climate science from space: Synergies for a greener innovation economy’ organised by the Portuguese EU Presidency on 21-22 April.

Recent advances in space monitoring allow gathering data about the earth, such as the evolution of ice caps, forest cover and methane emissions. What do we now know about the Earth that we didn’t know before?

Conde: Europe is a leading continent in observation worldwide, particularly with the Copernicus programme. But we need more, we need to evolve for the next generation and to increase the capabilities to develop downstream applications.

We still have a lot of barriers, particularly the costs of high-resolution data. Particularly near real-time data is something we need to increase the availability of.

Bello: The existing fleet of satellites, the American NOOA/NASA, the European Copernicus, already demonstrate the acidification of the ocean, that sea level is increasing at an unprecedented rate, and also the ice reduction in the poles.

There are many phenomena that need more frequent data. One of the things we want to do in collaboration with Portugal Space is to develop a constellation of satellites – smaller ones, but more – so that we get more frequency. We get data every couple of hours because there are many phenomena, especially in the ocean, which need this frequency. Also for disaster monitoring, you want to have a tsunami alert, you need monitoring.

How precise is the data at the moment and how can it influence policymaking?

Bello: For instance in agriculture, you can use an infrared signal to detect illness in the vegetation, to improve production. You can recommend watering. You can recommend fertilisation. There is proof that you can improve productivity by 30% and reduce the cost because there is less fertiliser needed. This means you get cheaper production while reducing pollution from fertiliser use.

Regarding forests, we can monitor deforestation and measure if someone is doing illegal deforestation. There are many, many fields where satellites can play a key role. Most of these can be related to climate because deforestation has an effect on it.

Conde: This will improve the fight against forest fires. This is one of the advantages of having high resolution and also more frequency in terms of time, so satellites are in the same position.

Looking ahead to the next decade, how can satellite imagery help the EU reach its climate goals for mitigation and adaptation?

Secondly, it gives us data to implement the best policies and to optimise the use of resources. Satellites by themselves cannot reverse climate change, but it is one of the most important tools that we have to measure what is going on to optimise the resources and to take decisions according to the information that we are getting.

Conde: All the models that we can build need data. Today we have powerful computation machinery. We also have other tools available like artificial intelligence, machine learning all combined to increase the knowledge of our environment and, of course, predicting with more accuracy what we could have in the near future.

Predictions are one of the things that are really important to protect our population. We need more data, more capabilities for computing and processing.

The European Commission is already focusing on increasing the capacity of forests to act as “carbon sinks”. How would you be able to build up a database of forests?

It is a full replica of ocean, land and forest, which is done with models and with data. The data is basically space data. We can make a kind of a virtual replica. In this virtual replica, which will behave like our planet, we can test policies. We can implement the policy and see the result without the need of doing it in the real world and we can see what policies work, which policies could not work because we have this full model.

Has the Commission been interested in seeing how their policy interacts with Digital Twin Earth or is it something that still isn’t linked to decision making?

Conde: I think it is linked, but you know that we take some time to get some decisions here in Europe because the nature of our political organisations. But I think this is evolving and policymakers are now conscious because we have this ambition in Europe to be carbon neutral in 2050.

What are the cost of satellite imagery? Why is it worth so much investment and what’s going to be the wider societal benefit of it?

Bello: The cost depends on the resolution. There is a market for satellite data. Everybody in the world can download data from the Sentinel satellites at no cost. If you want very high-resolution data of the order of one metre or less, this has a cost obviously because those are companies investing in sophisticated satellites.

But prices are going down very quickly because satellites are smaller and smaller. The cost of those systems – a one-metre resolution satellite cost €1 billion 20 years ago, 10 years ago it cost €100 million. Today, you can do it for much less.

But this is nothing compared with the profit that we get out of it. The public investment in the Copernicus earth observation programme is an important investment. There is a report that found the profit generated in Europe for this constellation of satellites is in the order of €20 billion because of the improvement in agriculture, and the lives saved for applications like disaster monitoring, fires, earthquakes, or tsunamis.

What new business models are we going to see emerge from this? Is it going to trigger new industries or rather support already existing ones?

Bello: We believe that the combination of more data with artificial intelligence is going to generate new products and open new markets. Every day there are more and more markets for the downstream use of satellite data.

At the beginning, it was only defence. Then came agriculture, forests, oil and gas. There is a company in the US, who can guess the monthly sales of Walmart by monitoring the cars in the car park by satellite. They discovered there is a direct correlation and that they can get the estimation of sales before the real figures are published.

Should EU regulators stimulate competition for commercial space applications between EU companies or rather encourage partnerships and industries across borders? What is the right balance between those two?

Conde: This is really difficult. You remember for example in 1991 when we started to deal with navigation signals like the American GPS system. GPS is a military service, but then there was potential to evolve for user applications and it became very democratic.

There are similar concerns regarding Earth observation, particularly when it comes to high resolution pictures, but I think that they can be overcome. When Europe launched the Galileo satellite navigation system, some services were available only for the public sector or institutions.

I have no doubt that we should do something similar for the high-resolution data for Earth observation. For sure it needs some regulations, but don’t forget that we have EU member states and external countries taking part.

Bello: Apart from this aspect of the regulation of the market, there is a security aspect. Can you develop a system of a satellite, make an image of a military base in Europe or maybe in South Korea and sell this image to North Korea? Some regulation is needed in order to avoid this type of cases.

What are the next steps for the industry and what are the barriers to overcome in the coming years?

Bello: The next step will be going through constellations to give more data, going to smaller systems. Then, there is a big problem, which is space debris. There are more and more satellites in orbit, with 20,000 objects considered as pure debris. We have to manoeuvre to avoid collisions and we have to regulate this, with space traffic management.

Conde: There is also one issue that policymakers should be aware of in particular, which is to promote new spaceports and new launchers. Because if we are looking for European sovereignty, digital sovereignty and resilience, we need to have the complete chain.

We need to have access to space not only with heavy launchers but also small launchers. Of course international cooperation will continue to be needed to launch our rockets and satellites. But we also need to produce our own rockets in Europe in order to produce European services and promote satellite constellations from European soil. 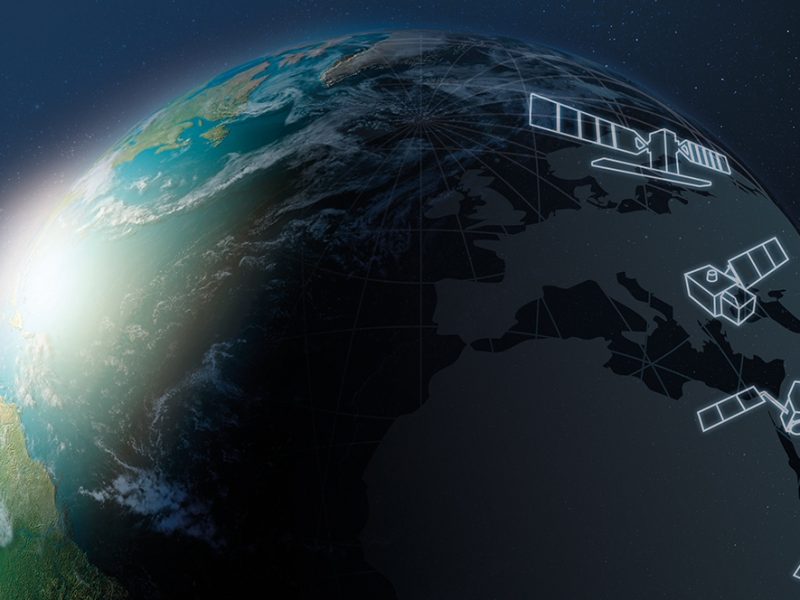