A group of European countries known as the ‘Green Growth Group’ have called on the European Commission to update the EU’s pledge at the United Nation’s next annual climate meeting in December this year, and chart a pathway consistent with a 1.5°C global warming scenario by 2050.

“The EU must continue to demonstrate climate leadership, to create a positive momentum among all the Parties to the [Paris] Agreement to raise global climate ambition,” the coalition said in a joint statement published yesterday (25 June).

“The EU should consider announcing at COP 24 its readiness to update its NDC by 2020,” the coalition wrote, referring to Nationally Determined Contributions submitted to the United Nations as part of the Paris Agreement, which aims to limit global warming to “well below 2°C”, and aiming for 1.5°C.

The letter was signed by the environment Ministers of Belgium, Denmark, Estonia, Finland, France, Germany, Italy, Luxembourg, the Netherlands, Portugal, Slovenia, Spain, Sweden and the United Kingdom – who were in Luxembourg on Monday (25 June) for a meeting of the Environment Council. 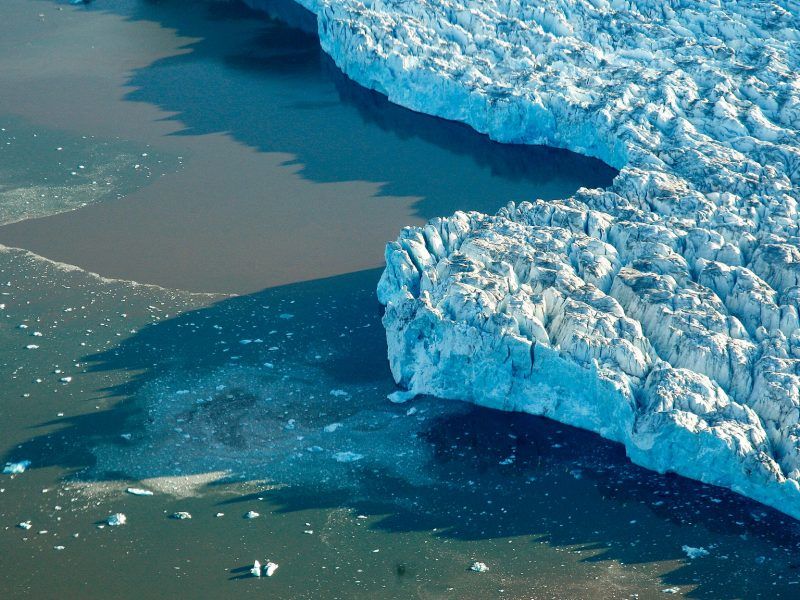 “The EU’s current target is too low to be in line with the Paris agreement,” said Isabella Lövin, the Swedish environment minister who is among the signatories of the statement. “We want Europe to revise its commitments upwards,” added Nicolas Hulot, the French environment minister.

The transport sector was called upon to contribute its fair share at yesterday’s ministerial meeting, with France pushing to raise the European Commission’s proposed 30% CO2 emissions reduction target for new cars and vans.

“France wants to go beyond the proposal of the European Commission” and proposed going “up to 40%” CO2 emissions reductions for 2030 compared to 2021.

The Irish environment minister, Denis Naughten, who was not among the signatories of statement, also said the EU needs to be “far more ambitious” on its climate objectives for 2030 and 2050.

“We’re looking for targets above 30%,” Naughten said in reference to discussions about CO2 emissions from new cars and vans, which were on the agenda at yesterday’s ministerial talks in Luxembourg.

“We’re open to talking with colleagues on how much that should be,” he told EURACTIV in a telephone briefing after the meeting, stressing that the European Commission’s proposed 30% cut was “too low”.

The Irish minister also called on car manufacturers to share fuel efficiency data collected automatically by cars and vans, saying the information could be used as a basis to impose taxes on vehicles.

“I firmly believe that this information should not only be accessible to the motor industry but also to governments,” Naughten told EURACTIV.

“We are happy to see that there is growing momentum among Member States for scaling up EU climate action from incremental to transformational,” said Wendel Trio, Director of Climate Action Network (CAN) Europe, an NGO.

Trio called upon the Commission to “come up with clear proposals for how to massively increase emission cuts for 2030 and beyond,” adding that “the increase needs to go far beyond what is currently on the table, and definitely exceed the recently raised energy targets.”

Earlier this month, the EU agreed new 2030 targets for renewables and energy efficiency – of 32% and 32.5%, respectively. Miguel Arias Cañete, the EU’s Climate Action and Energy Commissioner, said this means the bloc is now set to increase its emissions reduction pledge from 40% by 2030 to 45%.

“Both new targets would de facto mean that the European Union would be in a position to raise the level of ambition of the NDC [nationally determined contributions] and increase its emissions reduction target from the current 40% to slightly over 45% by 2030,” the Spanish official said last week.

The agreements sealed on 2030 targets for renewables and energy efficiency mean that work can now begin in earnest on a long-awaited low-carbon economy strategy for 2050, which the Commission wants to present at the end-of-year UN climate conference in Poland.

The 14 EU countries in the “Green Growth Group” called upon the European Commission to ensure that the new strategy contains both a pathway to reduce emissions towards net-zero by 2050, and a pathway to limit temperature rises to 1.5°C.

“This new strategy should be based on the latest available science, especially the next special IPCC report on 1.5°C,” which is expected in the Autumn, ahead of the COP24 in Poland, the “Green Growth Group” said in their joint statement.