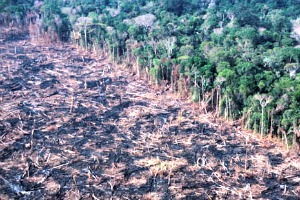 A new review of European bioenergy by independent researchers has found “significant risk” that EU renewables policies will increase carbon emissions by 2020 because of a dearth of carbon accounting safeguards.

There is “no basis” for presuming that EU bioenergy use will deliver any emissions savings at all, says the study by the Institute for European Environmental Policy (IEEP), a not-for-profit research organisation.

The group’s paper comes two days after EURACTIV revealed that an unpublished EU paper had arrived at the same conclusion.

“Now that the European Commission has put forward a proposal to clean up the ILUC mess, it can no longer hide from the biomass issue at large,” said Trees Robijns of BirdLife International, a conservation group. ILUC refers to indirect land use change.

“We cannot keep on pushing our planet to produce ever increasing amounts of plant-based materials for energy purposes without understanding the full impact of that increase, both in terms of our environment and our climate,” she added.

Bioenergy, which can be sourced from any organic matter, accounts for the biggest slice of the renewable energy share among EU member states, and this is not expected to change before 2020.

EU states are obliged to source 20% of their energy mix from renewables by 2020 and to do this, bioenergy is considered ‘carbon neutral’. But an increasing body of environmental scientists say this is mistaken.

Around one-third of the EU bioenergy share in 2020 is projected to come from wood biomass from forests and woods, according to EU states’ National Renewable Energy Action Plans.

But there is a significant time lag between the carbon debt created when trees are cut down to be burned for energy, and the carbon reductions that fully grown replacement trees will bring.

The IEEP paper cites several studies to show that, boosting bioenergy supplies with increased forest management would only achieve around 20% of the anticipated greenhouse gas savings in a 50-year period.

“The system would work well if you didn’t have tipping points after which you get accelerated climate change,” said Nuša Urban?i?, the fuels programme manager for Transport and Environment, a green NGO.

“How much payback time can you allow for biomass so that it still contributes to climate change mitigation is the point of disagreement,” she added.

Making use of a “cascade” approach that utilises fallen branches, leaves, tree bark and other residues is recognised as a way of avoiding this debt. “All decomposing matter could be used for bioenergy without leading to emissions increases,” one EU expert told EURACTIV.

But as yet, there is neither an obligation on EU states to source their biomass this way, nor harmonised rules for how it could be done.

The European Commission had been expected to propose sustainability criteria for biomass by the end of this year. The proposals have been delayed and are now absent from workplan agendas.

Brussels “absolutely wants to avoid another ILUC case” with bioenergy, EU sources said. But regulating for land use change, carbon leakage abroad – in the form of unaccounted imports – economies of scale and practice, and a common carbon accounting methodology are just some of the obstacles they will have to address to do so.

In August, the American state of Massachusetts implemented a biomass energy regulation, following a ban on the use of woody biomass imposed in December 2009.

Woody biomass there can only now be sourced from residues and thinning trees, taking into account soil productivity and protection of biodiversity and natural habitats.

A Global Warming Solutions Act in Massachusetts requires an 80% reduction in greenhouse gas emissions by 2050 – comparable to the EU’s target – but the state appears ahead of Europe in its biomass standards.

“It is not currently possible to define the emissions profile and savings associated with Europe’s expanding use of biomass for energy, nor is there any policy process currently in place to secure this,” the IEEP report says.

“As a consequence, at present there is only the certainty of commitment to bioenergy use up to 2020, but no associated guarantee of emission reduction.”

The directive included voluntary and contested sustainability criteria for biofuels for transport as well as bioliquids in electricity, heating and cooling.

Biomass, either solid or gaseous, is biological material that usually derives from forested wood, agricultural crops and residues, or from biodegradable waste such as municipal waste and sewage sludge.

In order to produce energy, it can be converted directly into heat or electricity or into biofuels or biogas.