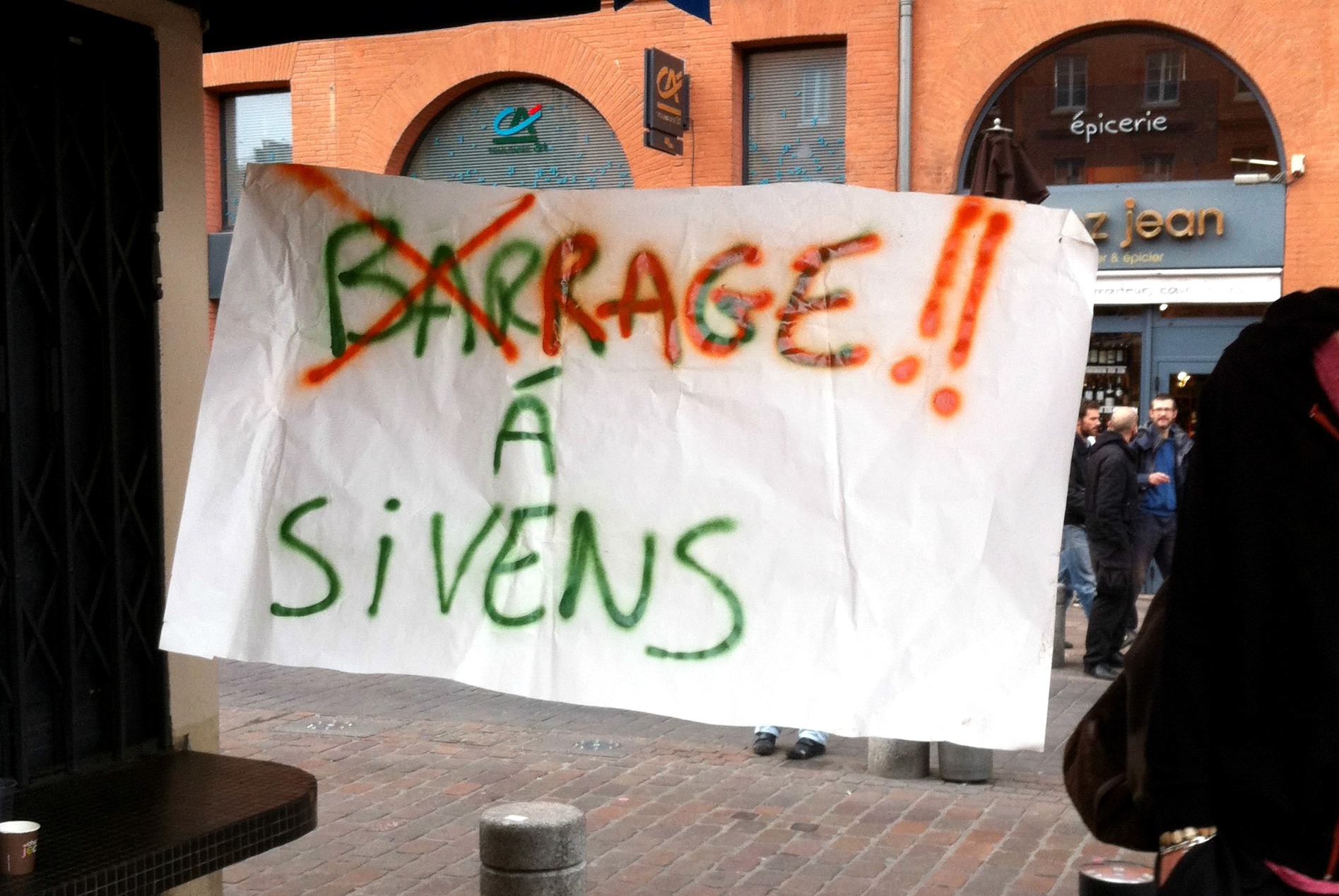 A protest against the Sivens dam in Toulouse. November 2014. [charlotte henard/Flickr]

The Sivens dam in the Tarn is no longer a purely French issue. According to a report by the French media channel LCP-Assemblée Nationale, confirmed by the European Commission on 19 November, Brussels could open a procedure for infringement of regulations against the much contested project.

The European Commission has confirmed it is looking into the case, but the next step remains uncertain.

The procedure could target France’s non-compliance with European environmental rules, in particular the Natural Habitats directive, which aims to maintain biodiversity in the member states.

The Sivens dam project benefits from a significant amount of European Union funding: 2 million, from a total of 8.4 million euro, but the project is the subject of heavy environmental criticism.

Opponents of the scheme, who filed the original complaint with the European Commission, believe it would be a logical step to open a procedure.

“The government would not mind because everyone is passing the buck, and they could just say that it was Brussels that put an end to the project,” said Ben Lefetey, the spokesperson for the environmental group Colloctif Testet.

European Commissioners are due to discuss the possible infringement procedure on 27 November. The first step, if the Commission decides to launch such a procedure, would be to send a letter of formal notice to Paris, who would have two months to respond.

The Commission can then deliver its reasoned opinion, giving details of the infringement, and ask the member state to rectify it within a certain time period. If the state still fails to conform, the Commission can take the matter to the Court of Justice.

French Green MEP José Bové said “after the Notre-Dame-des-Landes airport, this is the second development project to be investigated by the Commission […].We urgently need to review France’s rules on the authorisation of development projects and the procedure for declarations of public utility, to make sure they conform to European law before irreversible work is carried out”.

Opposition to the Sivens dam intensified in October, following the dramatic death of a 21 year-old protester, Rémi Fraisse, during a clash with police.

The proposed dam in Sivens, France, will contain 1.5 million cubic metres of water over an area of 48 hectares. Ecologists and the Tarn General Council have been at loggerheads over the plans for years. The dispute reached a national level in September when the Minister for Ecology, Ségolène Royal, launched the first expert mission to the area.

The death of Rémi Fraisse on 26 October, killed by a police grenade during a demonstration at the site of the dam, has added yet more bitterness to the dispute.