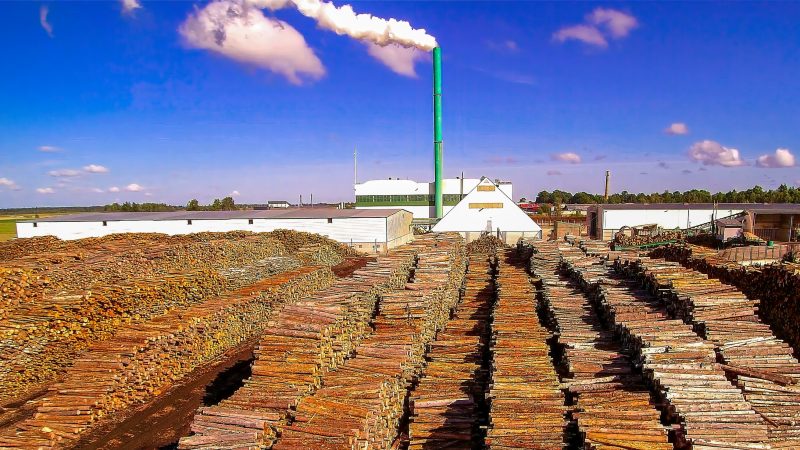 Climate campaigners have started the process of a legal challenge against the European Union over the labelling of investments in bioenergy and bio-based plastics and chemicals as green in its flagship sustainable finance rulebook.

The challenges concern the EU’s sustainable finance taxonomy, a system that restricts which investments can be labelled as climate-friendly, and which the EU hopes investors will use to guide more capital to low-carbon projects.

Environmental law charity ClientEarth on Thursday (3 February) formally asked the European Commission to review the rules allowing bioenergy investments to be labelled sustainable, which it said violate the law underpinning the EU taxonomy, according to documents seen by Reuters.

The investment rules on bioenergy – derived from burning wood or other biomass such as crop residues and animal waste which critics say leads to CO2 emissions and deforestation – took effect in January.

The EU classes bioenergy as renewable, based on benefits including that plants and trees absorb CO2 as they grow, which at least partially offsets the CO2 emitted when they are burned for fuel. Biomass used in the EU must also comply with sustainability criteria to protect old forests and habitats.

Separately, the Commission is facing the threat of legal action from some EU countries over a second set of taxonomy rules, unveiled this week, that would label gas and nuclear investments as green – although those rules have yet to enter into force.

A group of NGOs led by the non-profit Partnership for Policy Integrity and the Lifescape Project also asked the Commission to review the bioenergy rules on Wednesday.

The Commission has 16 weeks to reply to the requests, after which the campaigners could take their challenges to the European Court of Justice.

The European Commission did not immediately respond to a request for comment.

Around 10% of EU energy is produced from bioenergy.

ClientEarth said the taxonomy rules were based on the EU’s biomass policy – which is currently being revised to include tighter sustainability criteria – rather than a scientific assessment as required by the EU’s taxonomy regulation.

“The Commission is currently encouraging investment into biomass under a false label of sustainability, disregarding the clear scientific warnings over the harm it will cause to the climate and biodiversity,” ClientEarth lawyer Filippo Mattioli said.

ClientEarth said the EU’s current biomass policy did not reflect the latest scientific discussions on the climate impact of biomass energy, which they said produces significant CO2 emissions.

“Burning wood for energy means cutting down trees and depleting the world’s forests, releasing dangerous levels of carbon into the atmosphere while devastating the ecosystems and decreasing carbon sinks critical to a healthy planet,” Mattioli said.

The other NGOs’ request for review also said the Commission had not based the bioenergy rules on scientific evidence. It singled out rules including on forestry management, which the NGOs said would not substantially contribute to the emissions reductions needed to rein in global warming, as agreed under the Paris Agreement on climate change.

The challenges were brought under the Aarhus Convention, an international agreement that enables the public to review and challenge policies or decisions that do not respect environmental law.

ClientEarth also challenged the EU’s green label for bio-based plastics and certain chemicals – such as ethylene and propylene – on the grounds that they are made from fossil fuels and are mostly used to make single-use plastics that pollute the environment.