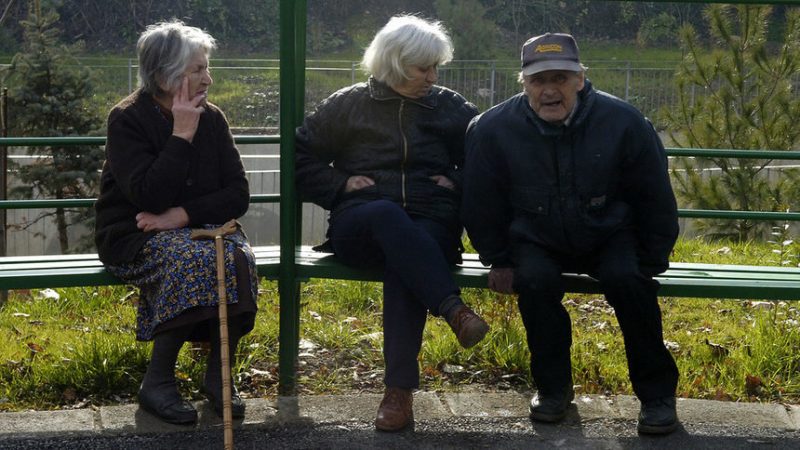 Bulgaria could take advantage of financing available under the EU Green Deal to solve the most pressing challenge the country is currently faced with – the demographic crisis. But is it really that simple? EURACTIV Bulgaria discussed the issue with leading economist Krassen Stanchev.

Bulgaria faces numerous economic challenges, but many of them can be traced back to the country’s demography. Declining population growth, high mortality rate, an ageing population, and the constant emigration of young talents are major threats to the country.

Altogether, this could hinder Bulgaria’s transition towards a sustainable and digital economy, which are the EU’s two key priorities for the decade ahead.

Yet, new opportunities are opening as well. During the period 2021-2027, Bulgaria is expected to be one of the largest per capita beneficiary of EU funds. The Recovery and Resilience Facility (RRF) has reserved up to €10.4 billion for the country. Also, from the next seven-year Multiannual Financial Framework (MFF), Bulgaria will receive around €16.6 billion, from which €11.1 billion will be made available via the EU Cohesion policy.

Those EU funds represent a golden opportunity for Bulgaria to set the foundations for the country’s economic revival and potentially reverse the negative demographic trend.

However, experts believe that, in its current state, Bulgaria’s National Recovery Plan is not suited to achieve these strategic objectives.

In 2020, Bulgaria’s population was estimated at 6.95 million, down from a peak of 8.9 million in 1985. Among EU countries, Bulgaria is one of the fastest shrinking when it comes to population.

And the trend is set to continue. The National Statistical Institute (NSI) projects a further decline, to 5.8 million by 2050.

Among the EU-27, Bulgaria has the largest relative decrease in population (-7.0 per 1,000 persons). On average Bulgaria’s population is shrinking by around 50,000 people each year – the size of a medium-sized city in the country.

Bulgaria is also among the most ageing nations in the world. According to the World Bank, people aged 65 and above represented 21.25% of the total population in 2019. Moreover, the country has the lowest life expectancy rate among EU-27 countries, 78.6 years.

This demographic structure poses a serious threat to Bulgaria’s competitiveness and could potentially cause political instability as working Bulgarians will face growing financial difficulties while supporting the non-active population.

Furthermore, these population shifts will have serious economic and fiscal consequences that will be extremely challenging to overcome.

The continued emigration of educated and high-skilled people in active age is another major demographic issue.

In the last 30 years, many Bulgarians have emigrated, especially after Bulgaria’s accession to the European Union in 2007. By 2019, around 900,000 Bulgarians are registered as living in another European country, according to Eurostat. The country is 3.2 times less wealthy than the EU average, which is probably the main reason why people emigrate.

Although many Bulgarians have returned due to the COVID-19 recession and lockdowns in 2020, the trend needs to be observed in the coming years to assess the real impact of the pandemic on migration.

A green, digital, and demographic transition?

Together with the green and digital transitions, demographic change is the third transformation shaping the future of the EU.

According to Krassen Stanchev, of the Institute for Market Economics (IME) and Sofia University, there is no quick-fix for negative demographic trends. However, he considers two possible synergies between the Green Deal and potential demographic improvements by 2050.

First, “20% of the “green” resource of the Bulgarian National Recovery Plan (about €1.8 billion) could be easily invested for boosting private off-grid electricity consumption which will improve the environment in Bulgaria’s polluted cities.

Also, by producing more renewable energy for own, off-grid consumption by private individuals and households, housing costs will decrease, and the living standards will improve, which could eventually improve the demographic outlook, Stanchev suggested.

Second, Stanchev says “the Bulgarian Recovery Plan should pay attention to geographical location and the patented technology for electricity and cleaning of the Black Sea production of electricity from hydrogen sulfide.” The technology has been developed for 15 years by the Institute of Engineering Chemistry of BAS and Rokon Research Center AD, which has been conducting detailed research and laboratory experiments, he explained.

“The positive effect of the technology is that simultaneously with the production, the flora and fauna of the sea is also being restored. Raw materials to produce fertilisers (sulfur) are obtained and the hydrogen sulfide from the sea serves as a backup for the entire energy system of the country – including nuclear power plants, wind, and solar power plants. Moreover, the technology allows for greater flexibility than gas-fired power plants and ensures independence from energy imports,” he added, saying: “The potential of the hydrogen sulphide plant is equal to 10% of EU energy consumption (including the UK) for 40 years.”

According to Stanchev, these two development opportunities would directly contribute to the reduction of inequalities. “The off-grid private solutions can be subsidised in a transparent and just manner if the Plan helps the disadvantaged regions of the country which are also the poorest regions of the Union where the demographic situation is extremely alarming. In this way, Bulgaria’s demographic outlook could be potentially improved,” he commented.

Overall, Stanchev says the Green Deal can help Bulgaria address its demographic challenge. However, he says this is not sufficiently highlighted in Bulgaria’s National Recovery Plan.

“The Recovery plan mentions ‘demographic upswing’ as one of its key strategic objectives. However, it gives no assurance that something concrete is going to be done in this direction,” Stanchev said.