Shipping can contribute to air pollution in cities like Rotterdam. [James Crisp]

European cargo companies have backed plans to regulate shipping under the EU’s Emissions Trading System (ETS), the world’s largest carbon market and one of the bloc’s flagship policies to fight climate change.

Ahead of tomorrow’s (15 February) European Parliament vote on reforms to the ETS, their industry association wrote to the presidents of the European Commission and Parliament, and Malta, which holds the rotating presidency of the EU, asking to be governed by the system.

“Shipping remains the only sector not contributing to economy-wide decarbonisation efforts to meet the EU’s 2030 Paris target,” the letter from the BICEPS Network of cargo companies, which said first mover action at regional level could trigger long-delayed global action.

ETS-regulated businesses measure and report their carbon emissions, handing in one allowance for each tonne they release. Permits can be traded on the markets as an incentive for companies to reduce emissions.

Even if shipping is ultimately included in the reformed ETS, the carbon price for permits is currently too low to incentivise businesses to sell and the market is flooded with allowances. The draft revisions aim to correct those problems.

“Shipping faces considerable challenges in making the transition to sustainability, the letter said, “We recognise that actions by sections of business alone will be insufficient and that policies are needed to create the right regulatory environment for this transition.”

Cargo companies are supporting an amendment tabled by MEPs in the Environment Committee. Under the clause, shipping will become ETS-regulated from 2023 if the International Maritime Organisation (IMO) fails to agree global measures to combat global-warming emissions by 2021.

“Despite being tasked by the 1997 Kyoto Protocol asking to limit shipping CO2 emissions, the IMO has yet, 20 years later, to do so,” the letter to the Commission’s Jean-Claude Juncker and Parliament’s Antonio Tajani said.

The call is echoed in a separate letter from the Clean Shipping Index, an influential non-profit of transport buyers who evaluate shipping companies on their environmental performance.

There is a clause in the amendment which stops shipping’s inclusion in the ETS if the IMO does finalise global rules, either before or after the deadline.

The IMO, which critics such as NGO Transport & Environment claim is overly dominated by ship owners, has warned against including shipping in the EU’s carbon market.

Secretary-General Kitack Lim wrote to senior EU officials in January. He told them extending the ETS to cover shipping would be premature and undermine global efforts to curb emissions.

A spokeswoman for the European Community Shipowners Associations stated, “This should be left to the IMO’s effort to reach a global deal.”

The cargo industry pays for the fuel used in shipping goods. Greater energy efficiency in ships would not only cut emissions but also fuel use, making transport cheaper.

It would apply to ships coming into EU ports, and sailing in and out of the EU. Ports, conscious of the impact of air pollution on health and the environment, have also supported the move.  Many ports are also concerned about the impact on climate change, in particular on weather, on their facilities.

The bill also pushes for the creation of an EU maritime climate fund.  Ship owners would report their emissions to the fund, which would reduce red tape, and could buy allowances from it, rather than purchasing them at auction.

The cash from such auctions usually goes to member states but, under the plan, 20% of shipping-related auction earning would go to the fund to be reinvested in retrofitting existing ships.

If the amendment survives tomorrow’s plenary vote, it will still not become EU law unless the Council of Ministers, currently helmed by Malta, agrees to its inclusion.

BICEPs said that including it in the ETS would allow shipping, where CO2 emissions are set to rise by more than 85% by 2050 compared to 1990 levels, to contribute to the EU’s 2030 climate goals.

The 2030 climate and energy targets, currently being drafted into EU law, are the conrnerstone of the bloc’s efforts to meet commitments it made at the UN Climate Change Conference in Paris.

The Paris Agreement caps global warming at no more than two degrees above industrial levels but world leader left international shipping out of the pact in the interests of securing the deal.

At the time, EU Climate Commissioner Miguel Arias Cañete said removing shipping from the agreement “was a step backwards”. 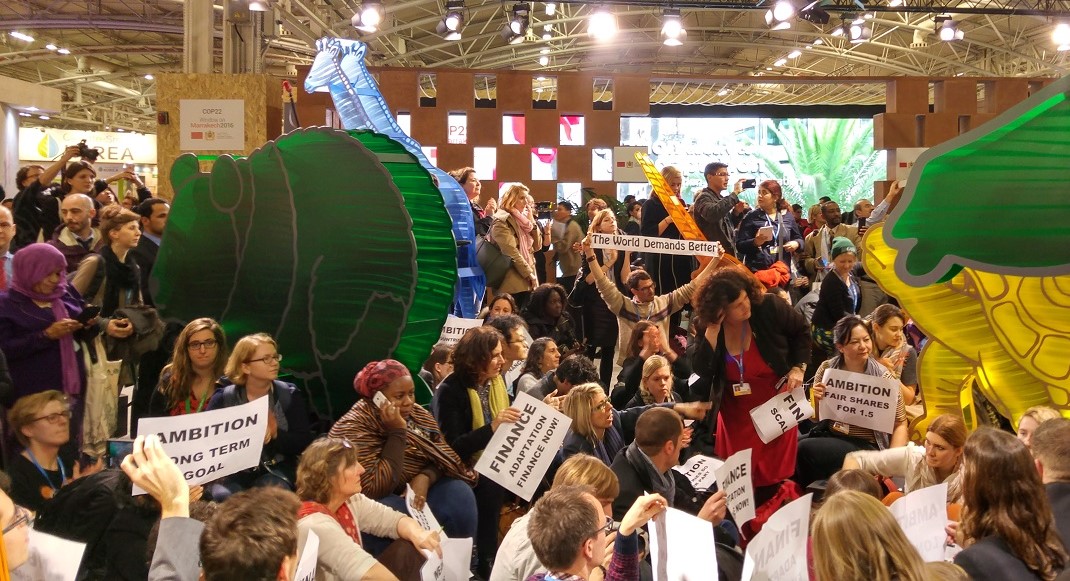 The United States was officially unveiled in Paris on Wednesday (9 December) as the most influential new member of the ‘High Ambition Coalition’ and immediately threw its weight behind a future 1.5 degree global warming limit in the international climate change agreement negotiations.

Asked today about including shipping in the ETS, the European Commission said it would not pre-judge tomorrow’s vote.

“It is time to boost actions at international level to reduce ship CO2, one of the last climate frontiers,” the cargo companies’ letter said.

The amendment is thought to have support from the majority of the Parliament, including the centre-right European People’s Party, ALDE, the Greens, GUE/NGL and the Socialists & Democrats.

But a group of 38 MEPs and the European Conservatives and Reformists group have succeeded in forcing a separate vote on the shipping amendment.

This means the clauses will be voted on apart from the rest of the ETS reforms.  Industry sources said they expected the vote to be close.

Ian Duncan is the lead MEP on the reform of the ETS. The Scottish member of the European Conservatives and Reformists Group urged caution.

He said, “While the IMO has been too slow in addressing emissions from the maritime sector, we don’t yet don’t yet have a full appreciation of how emissions would be monitored and reported for ships travelling on global routes, nor do we have an understanding about how this might affect the trade of goods into the EU.

“However, the IMO must understand that EU policymakers will have little choice but to include shipping in the ETS should they not move faster with their emissions reductions plans.”

UN will force shipping to clean up its act

The IMO has already missed two deadlines to bring forward global rules. 2002’s Sixth European Environmental Programme called on it to act by 2003. In 2009, as part of the bill for the Effort Sharing Directive, there was a 2011 deadline set, which was also missed.

The IMO did adopt the first ever set of mandatory international requirements for energy efficiency in 2011. They entered into force in 2014.

The IMO next meets in July 2017. Its International Convention for Prevention of Pollution from Ships governs oil, sewage, garbage and air pollution.

Like commercial aviation, marine transport slipped through the cracks in the Paris Agreement. Responsible for more than 2% of global greenhouse gas emissions, commercial shipping is also a major source of local air pollution.