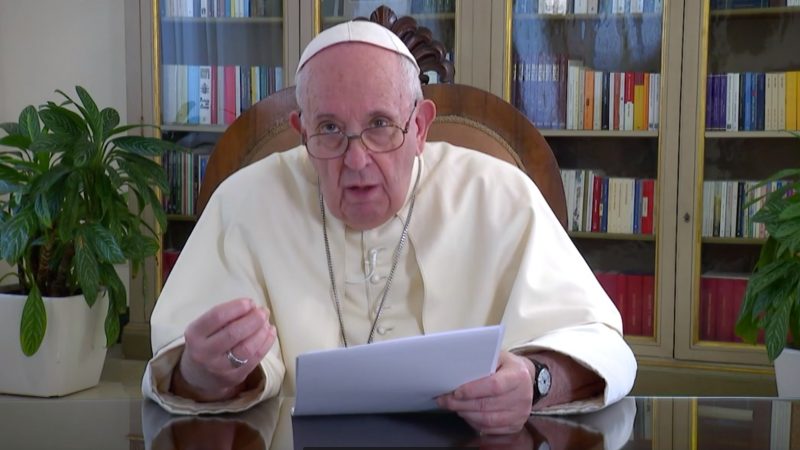 With a call to “fix our climate” by 2030, Prince William on Saturday (10 October) joined a global array of activists, artists, celebrities and politicians taking part in a free streamed TED event aimed at mobilising and unifying people to confront the climate crisis.

“The shared goals of our generation are clear,” Prince William said in a video message kicking off the event, dubbed Countdown.

“Together we must protect and restore nature, clean our air, revive our oceans, build a waste-free world and fix our climate.”

Countdown opened with a focus on ways in which damage to the environment also fuels social and racial injustice.

“Black people breathe the most toxic air relative to the general population, and it is people of color who are most likely to suffer in the climate crisis,” said British Parliament member David Lammy.

“It gives all new meaning to the Black Lives Matter slogan ‘I can’t breathe.'”

Lammy called for climate and social justice leaders to join force, and for a new international “ecocide” law to criminalise “the most severe actions against nature itself.”

More than 65,000 people were watching the livestream when former US vice president Al Gore and 22-year-old actor Jaden Smith opened a session devoted to youthful voices and the need for businesses to embrace climate solutions.

Firms that make fortunes from fossil fuels or other greenhouse gas-emitting operations cause damage they don’t pay for, while funneling money to politicians who help preserve the status quo, said US economist Rebecca Henderson.

“We let capitalism turn into something monstrous,” Henderson said in a talk. “It’s going to be tough to keep free enterprise alive if most people believe the rich and the white are trashing the planet for their own benefit.”

She called on businesses to step up their climate efforts.

The five-hour Countdown event highlighted the blend of arts, ideas and innovation that have become trademarks of TED conferences.

“If there’s one thing that we surely must learn from this year, it’s that when scientists warn you that there is something terrible coming, you have to pay attention.”

Countdown spotlighted science-based evidence of the harm inflicted by climate change on the health of the planet, but its prime focus was on ways people can help stop it, organisers said.

The mayor of Freetown, Sierra Leone, for example, explained a project there to plant a million trees to protect against flooding and to absorb carbon dioxide.

Countdown came as some world leaders have seized on the issue of climate change for political gain.

US President Donald Trump triggered outrage recently by suggesting global warming will reverse itself and dismissing climate change as a cause of the ferocious fires engulfing vast swaths of the US West.

Christiana Figueres, former executive secretary of the United Nations Framework Convention on Climate Change, warned the topic has been “politicised.”

“But,” she added, “democracies have a way of changing the leaderships in those countries.”

“This is about responsibility to the human race – what unites us, not what divides us,” she said.

Actor Mark Ruffalo, who helped host the event, said the people refusing to find climate solutions “will be the ones we see refusing to respond to the reality of the pandemic in a scientific and reality-based way.”

Countdown organisers set a goal of mobilising governments and citizens to cut greenhouse gas emissions in half over the next decade and get to net-zero carbon pollution by the year 2050.

“But it’s also a day of hope that there is a pathway to do this and we must walk down it together.”

Pope Francis concluded the event by stating the “moral imperative to act on climate change” and outlining three steps people can take to address it.

The TED talks, which began as intimate gatherings in California 36 years ago, have grown into a global media platform devoted to “ideas worth spreading.”

The trademark TED presentations, in which speakers strive to give “the talk of their lives” in 18 minutes, have drawn a huge following.