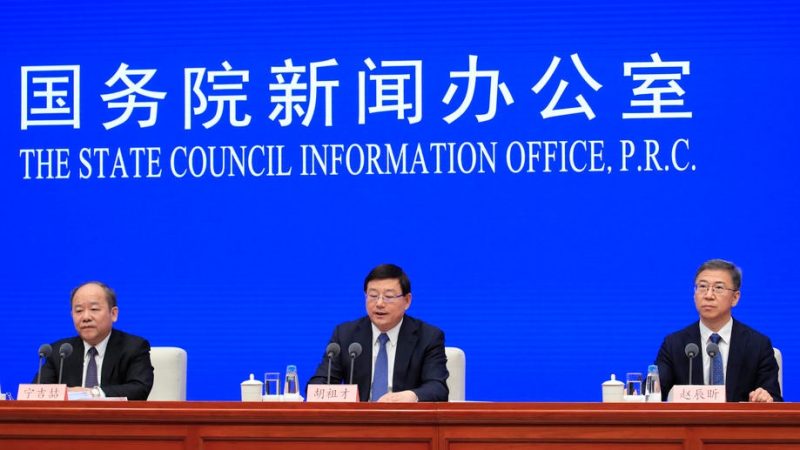 Every five years, China produces its economic and social objectives. The fourteenth plan was highly anticipated as the first since it pledged to peak emissions by 2030 and reach net zero by 2060.

But hopes that the country, which is responsible for 26% of global greenhouse gas emissions, would set ambitious climate targets were dashed by the plan, which lays out a steady, but slow course towards net zero.

“It’s disappointing that China is placing such a large focus on continuing its reliance on coal, and oil and gas. The world is relying on its largest emitter to step up on climate change – yet we see little of such action in this plan,” said Bill Hare, chief executive at Climate Analytics, a non-profit science and policy institute.

“Overall, the plan doesn’t contain enough details on how China plans to accelerate the economy’s decarbonisation, nor does it offer much strategic guidance on how to peak carbon before 2030 and reach carbon neutrality by 2060,” he added.

China’s emissions have been increasing year-on-year and rose by 1.5% in 2020 when most countries saw a dramatic fall. The plan encourages the growth of fossil fuels, but also aims for the development of new, green technologies, which will be incentivised by the country’s freshly-launched carbon market.

“It’s a plan that shows China is committed to expanding its clean economy, so clean energy is still being listed as a strategic sector in the plan, and it has reiterated its commitment to the Paris Agreement and its climate goals,” said Byford Tsang from E3G, a climate think tank with offices in London, Berlin and Brussels.

But he added there is not enough progress on curbing coal, possibly because China is focusing on energy security, which it sees as one of its top three security priorities.

“Despite commitments to addressing climate change and green development, there is still a reservation in terms of curbing fossil fuel consumption because it’s just too important for its economy, and especially in the face of a more uncertain external environment,” said Tsang.

China aims for a 20% share of non-fossil fuel energy consumption, looking at an increase similar to that between 2015 and 2020 and leaving a considerable amount of space for fossil fuel.

The plan lays out key energy and climate targets until 2025, including an objective to reduce CO2 emissions per unit of GDP by 18%. But given CO2 intensity fell by 18.8% between 2015 and 2020, this is not an increase of ambition, according to Lauri Myllyvirta from the Centre for Research on Energy and Clean Air.

The plan also lacks an energy consumption control target, meaning there is less constraint on emissions than in previous plans, with no guarantee of a slowdown by 2025, warned Myllyvirta.

Other parts of the plan include speeding up the utilisation of gas from deep-sea and reservoirs, developing smart grids and increasing nuclear power capacity to 70 GW from around 50 GW today.

Between partner, competitor and rival

China’s five-year plans has implications for relations with the European Union. In December, Brussels and Beijing signed an investment agreement, which promoters said will give European companies greater access to Chinese markets and help redress what Europe sees as unbalanced economic ties.

But while the EU has made some progress with its proposed Investment Agreement (CAI) towards a more balanced economic relationship with China, the deal also showed the limits of cooperation.

China’s hard line towards Hong Kong and the situation in Xinjiang could potentially dampen prospects for successful ratification of the EU Investment Agreement.

German industry already said it wants the EU to shore up its defences against China’s unfair trade practices by implementing a powerful anti-subsidy instrument and concluding work on an international procurement instrument.

“A successful partnership will only work on the principles of reciprocity and establishing a level playing field in competition,” said Joachim Lang, managing director at the Federation of German Industries. Beijing, he added, has to do more to fulfil its promises of opening its economy.

“The EU must continue on its multi-pronged path that treats China as a partner, competitor and systemic rival,” Lang said.

Experts believe competition between the EU and China is likely to grow over the coming years, particularly in green technology sectors, said Tsang.

The five-year plan has a heavy emphasis on innovation, including energy technologies. Combined with China’s ambition to grow its internal market, it is likely to cause more competition.

“If [the EU and China] want to achieve respective climate goals, they will have to ensure that competition is set based on a mutually agreed set of groups that is fair, and they will maintain the flow of low carbon technologies not only between the two countries but also globally,” said Tsang.

The plan reflects a global trend of concern over supply chains and interdependency that has grown during COVID-19, said Dharmendra Kanani, adding that there will most likely be trade skirmishes around the carbon border adjustment mechanism as it is brought in.

China came out of the pandemic quicker than most economies and has the ability to leverage far more money for research, he added.

“The huge research and development investment in green tech is phenomenal and has the potential to leapfrog the rest of the world,” said Kanani.

But he added that the EU can still lead on hydrogen, if it moves quickly and learns lessons from how fast it adapted things like hospitals and developed vaccines during the pandemic. 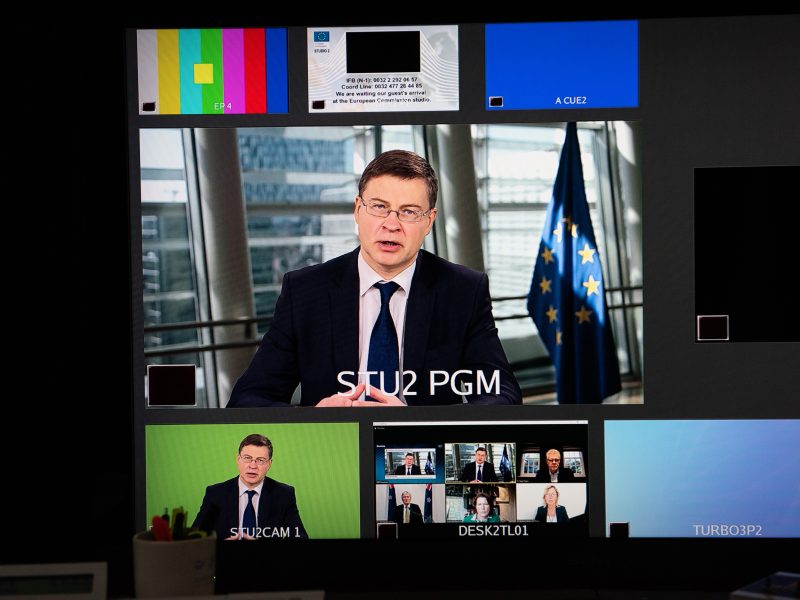 'Still much work to do' with China after investment deal, says Commission