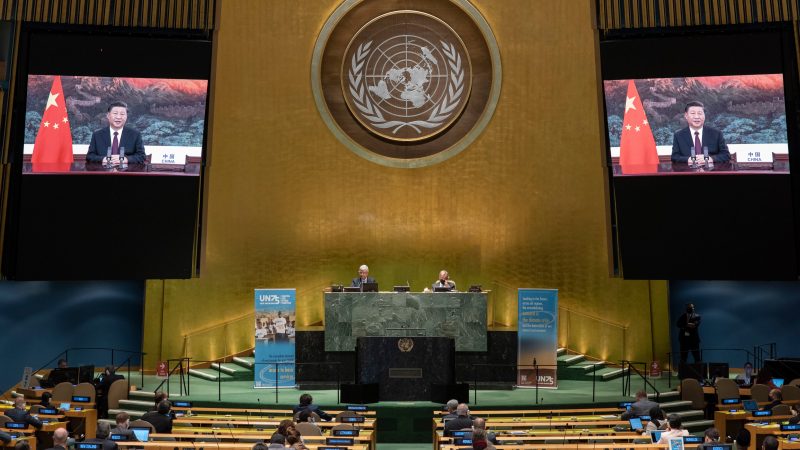 Xi’s surprise announcement at the United Nations General Assembly on Tuesday is the first time the world’s biggest emitter of carbon dioxide has committed to ending its net contribution to climate change.

If delivered, the pledge would bring about the biggest reduction in projected global warming of any climate commitment made to date, according to research consortium Climate Action Tracker (CAT).

“This is the most important announcement on global climate policy in at least the last five years,” Niklas Höhne, a partner at German-based New Climate Institute, one of the two organisations behind CAT, said on Wednesday.

Nearly 200 countries committed to curbing emissions under the 2015 U.N. Paris climate accord. The combined efforts of those pledges would result in global warming of around 2.7°C by 2100, CAT said.

If China updated its Paris pledge, with a commitment to cut its net CO2 emissions to zero by 2060, the world would be expected to warm by 2.4-2.5C.

That is still far above the 1.5C limit scientists say would avoid the most severe impacts of climate change. To cap warming at this level, global CO2 emissions would need to fall to net zero by 2050 – 10 years earlier than China’s pledge.

Still, the announcement could galvanise action to tackle climate change, since China would need to rethink its near-term infrastructure investments that could define its emissions for decades to come, CAT said.

Xi also said China would achieve a peak in carbon dioxide emissions before 2030. China is responsible for roughly 29% of the world’s CO2 emissions.

CAT said mid-century net zero emissions pledges from China, the European Union and the United States – which together account for roughly half of the world’s CO2 emissions – could bring the 1.5C temperature limit within reach.

The European Union has already pledged to reduce its net emissions of all greenhouse gases to zero by 2050, and plans to set a more ambitious 2030 climate target by the end of the year.

Meanwhile, US President Donald Trump has made no such commitment, and in 2017 pulled the United States out of the Paris accord. Joe Biden, his Democratic presidential challenger, has said he will commit the country to net zero emissions by 2050, if he wins the presidential election in November.

Bill Hare, a scientist with Climate Analytics, said he was confident China would move ahead with its new promise to become carbon-neutral, noting Beijing’s announcements “usually are made with the intent of achieving them”.

China’s much-criticised support for expanding coal-fired power plants abroad also “might be turning around”, he said, as renewable energy investment increases under its Belt and Road infrastructure initiative.

“It all needs to be implemented – but for today, I’m very hopeful,” he said.