Decarbonising the economy will cost a lot. But financial instruments are available. [Photo: Shutterstock]

The impact of the transition to net-zero emissions will be positive for the European economy as a whole, despite the significant additional investments it will require, the European Commission said in its 2050 climate strategy, unveiled in November last year. However, it has not provided  country-specific data in terms of transition costs.

This includes a positive impact on the economy “equivalent to 2% of GDP by 2050,” the EU executive said. Overall, savings from a reduced fossil fuel import bill “will amount to €2-3 trillion over the period 2031-2050, freeing resources for further potential investments into the modernisation of the EU economy,” the Commission argued.

The transition to clean energy will also bring an estimated €200 billion a year in health cost savings, and a net increase of one million jobs, both by 2050, according to EU estimates.

But funding a transition that ambitious also requires large investment to begin with: Overall, investments in energy and related infrastructure would have to increase to 2.8% of GDP annually (up from 2% today), in order to achieve a net-zero carbon economy, the Commission said – or around €520-575 billion annually.

So where is the money going to come from?

According to the Commission, “private business and households will be responsible for the vast majority of these investments,” which are being promoted as part of an EU sustainable finance initiative.

But public money will also be a major catalyst. The Commission has proposed earmarking a minimum of 25% of the EU’s next long-term budget for climate-related funding, up from 20% currently.

The increase from €206 billion to €320 billion for the 2021-2027 period will be welcome additional cash for poorer EU countries like Bulgaria, Romania and Poland, which are currently heavily reliant on polluting coal for electricity production.

“It should not be exaggerated, but I think It makes a big political impact to increase funding by more than €100 billion. It shows… that you’re actually getting serious about climate action,” said Christian Egenhofer, a senior research fellow at the Centre for European Policy Studies (CEPS), a Brussels-based think tank.

According to Egenhofer, even more important are the spending rules, which govern how EU money is disbursed. “If the Structural Funds actually have more rules and guidance on climate, then the national projects will be much more aligned,” he said.

“It’s a carrot and it’s a catalyst,” he told EURACTIV in an interview. “At the national level, this is what makes things happen”.

Those financial instruments, including regional funds and a so-called ‘just transition’ fund, are both currently being discussed as part of the EU’s next long-term budget, the multi-annual financial framework (MFF) for 2021-2027.

But budget talks are unlikely to wrap up in 2019, although much of the financing from other sources for the next decade will rely on how those negotiations conclude.

The European Parliament agreed in March its negotiating position when it comes to regional funds. Stipulations include the need to spend at least 30% of the €270bn pot on fighting climate change and excluding fossil fuel infrastructure like natural gas pipelines or generation capacity from eligible projects.

Some EU countries like Poland want to wean their energy systems off of coal power by switching to gas and are keen to follow the example of the UK, which recently set a record for the longest period without burning coal since the industrial revolution.

And EU member states are more receptive to this argument than Parliament.

As part of ongoing talks on the EU’s long-term budget, the Council is willing to allow money to be spent on fossil fuels, under some circumstances. The Council is due to agree its negotiating position this month, ahead of decisive “trilogue” talks with the European Parliament, due to begin in September or October.

Initially set to conclude in December, those talks might extend into 2020, according to draft conclusions for this week’s EU summit. In order to give the MFF talks a boost, the Commission wants an extra summit in September to try and usher an agreement. 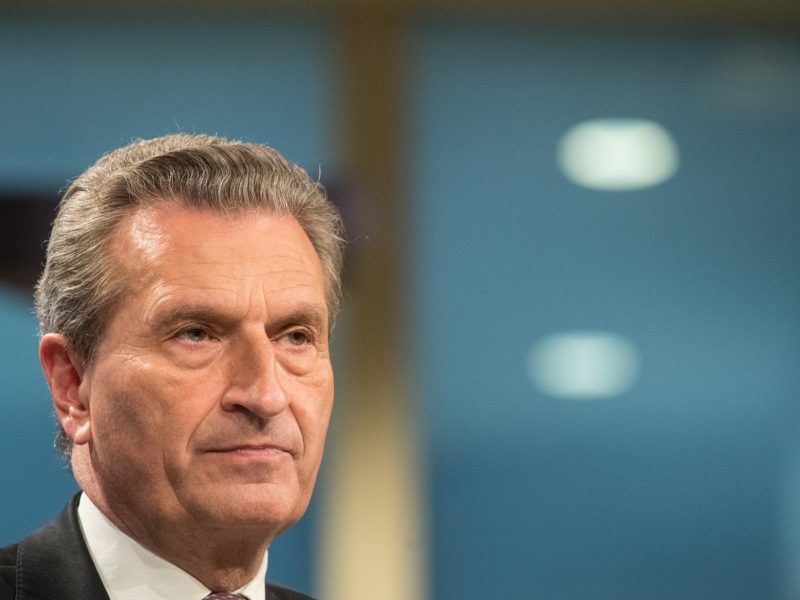 MEPs also agreed separately in November that nearly €5bn from the next long-term budget should be funnelled into an Energy Transition Fund (ETF), to be used to help coal-dependent regions and countries that rely on fossil fuels.

On 12 June, the Committee of the Regions also supported the call for a €4.8bn-strong war chest. Polish politician Witold Stępień said that “better access to finance, new technologies and capacity-build programmes” are essential for local areas.

However, the size of the proposed fund has been called into question. Environmental and industry groups alike have called it a “drop in the ocean”, while Council sources warn it comes at a time when member states are looking to cut costs, not add new ones.

But committing to the fund could be a way of convincing the likes of Poland and Bulgaria to lend their support to a carbon-neutrality target currently under scrutiny.

“It’s about the money. Countries know the Paris Agreement happened, the IPCC happened, they just need to know how to reach carbon neutrality now,” one EU source told EURACTIV.

That select group of EU members will be allowed to channel money from the ETS Modernisation Fund and a part of their auctioning pool into low-carbon investments between 2021 and 2030.

An estimated €10bn will also be on offer through the EU-wide Innovation Fund, which pools money by selling unsold carbon permits under the ETS. It aims to give European companies “first-mover advantage” in using innovative technology and business models.

But EU money always comes with strings attached. Under the Parliament’s proposal, structural funding would only be available to countries that have met their 2020 clean energy and carbon reduction targets.

The Commission also wants its say on how the money is invested. On Tuesday (18 June), it is set to issue a number of recommendations on draft energy and climate plans for the next decade that were submitted by the member states earlier this year.

EU officials have admitted that the measures currently on the table will not be enough to meet bloc-wide targets for 2030 and have made policy suggestions that should bridge the gap. Member states have to finalise their strategies by the end of the year.

There are also sources of funding beyond the EU’s borders. One of the main instruments is the UN’s Green Climate Fund, which has distributed more than $5bn over the last four years.

Projects in developing countries like Mongolia, Vietnam and Rwanda have benefited from the fund and even places closer to home like Bosnia-Herzegovina and Armenia have tapped into it.

However, the fund is more geared towards developing countries and the EU member states are generally too affluent to be eligible.

In draft conclusions for this week’s summit, EU leaders commit to “a timely, well-managed and successful replenishment process” for the fund.

It is currently running on fumes, as only half of the $10bn has actually been transferred into the joint pot. The Bonn climate summit and another meeting in New York in September will address the issue.