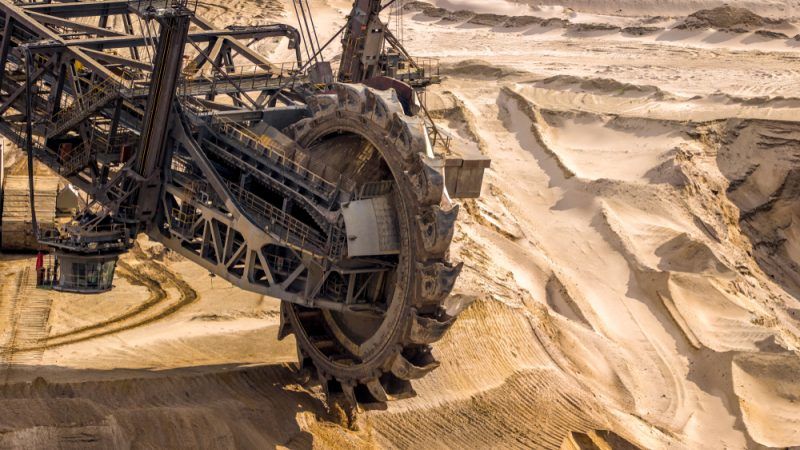 Carbon-intensive areas need to change the foundations of their industries in order to stick to climate targets. [Shutterstock]

Europe has committed to reducing its greenhouse gas emissions by 40% by 2030 and may even increase that pledge at the upcoming COP24 summit in Katowice, after a landmark report by the UN’s climate change body confirmed that climate action efforts are insufficient across the board.

National governments have acknowledged the findings of last week’s IPCC report but hot topics like migration and the United Kingdom’s messy exit from the EU continue to hoover up the time and resources of EU leaders.

There is also a failure to match action with words, as demonstrated by a vote last week between environment ministers, where larger member states like Germany and France failed to back ambitious targets for CO2 emission reduction targets from cars.

But initiatives that focus on cities and regions are taking note of scientific consensus and, similar to the situation in Donald Trump’s America, are even pursuing more ambitious goals than their national counterparts.

Platforms like the Covenant for Mayors and projects like the European Institute of Innovation and Technology’s Knowledge and Innovation Communities (EIT-KICs) have made it clear that they want to up the ante when it comes to climate action, with or without national capitals.

EIT Climate-KIC is one of those initiatives and last week it launched its ‘Re-Industrialise’ programme, which aims to help carbon-intensive regions in countries like Germany and Poland shift to more sustainable and climate-friendly business models.

As well as helping to negotiate policymaker resistance, the new programme hopes to help regions “transform their identities”, according to initiative manager Ada Marmion, who spoke at a launch event in Brussels on 10 October.

The project will help “energy-intensive clusters” identify new markets for its workforces to move into, as well as put those clusters in contact with one another, so they can share information with one another.

Re-Industrialise is looking at a “deep dive” into regions like North Rhine-Westphalia (NRW) in Germany and Silesia in Poland, whose main city, Katowice, will host the UN climate summit in December.

NRW provides 95% of Germany’s hard coal and an amazing one-third of its emissions as a result, although the recent closure of a mine means these figures may fall.

The Climate-KIC programme essentially hopes to use both regions as Petri dishes in order to see what works and what does not, with an aim to roll out what does work to more regions in the future.

Dr Mike Cherrett, the KIC’s European affairs director warned that “policies are still too binary. We need a more mature, experimental way of dealing with it”, adding that regions and cities can be “more agile and learn more easily”.

Re-Industrialise was launched during EU regions week but Cherrett criticised the annual meeting of local-level leaders for failing the prioritise climate change, revealing that only about 10% of the 200 planned sessions dealt with the issue.

The idea of using regions as a sort of laboratory was echoed by the Wuppertal Institute’s Professor Dr Philipp Schepelmann, who said that the Bundesrepublik’s ongoing energy transition or Energiewende taps into this trial-and-error approach.

“We want to push things from just being incremental projects to something more like an integrated system transition,” the German climate and environment expert said.

Schepelmann also explained the so-called InnovationCity project, launched in the Ruhr at the beginning of the decade, which has so far included over 200 small-scale projects, including heat pump installation and pumped storage initiatives.

InnovationCity has so far created 1,200 man-years of additional employment and Schepelmann added that it has made “halving CO2 by 2020 realistic” in the area.

So far, the project has come out with a number of recommendations, including prioritising the experimental approach and sharing best practices. Schepelmann revealed that it has already prompted interest from other parts of the world like China.

The executive branch of the EU, the European Commission, is also doing its part to help regions in transition and in December launched its Coal Regions in Transition Platform, which is meant to help gather and share ideas about how to deal with the energy transition.

Options suggested for coal miners and fossil fuel workers include retraining in disciplines like building renovation and solar panel construction, sectors that are due to increase in demand once climate targets start to bite in earnest.

For now, the try-it-and-see method will be used to see how Europe’s regions contribute to the energy transition, before any lessons learned are applied across the continent.