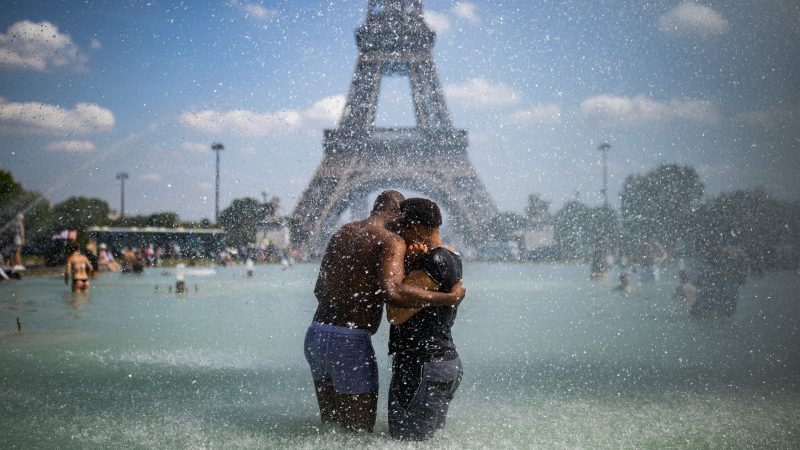 A couple cool down in the fountains of Trocadero, across from the Eiffel Tower, during a heatwave in Paris, France, 25 June 2019. [EPA-EFE/IAN LANGSDON]

Last week’s record-breaking temperatures in France and other parts of Europe were at least five times more likely to happen – and potentially even 100 times more – because of climate change, according to leading climate scientists at the World Weather Attribution group.

The rapid analysis of the June heatwave, published on Tuesday (2 July), looked at three-day average temperatures across Europe and France, where the highest temperatures were recorded.

They found climate change made the heatwave more likely by a least five times, and potentially one hundred times.

“If the observed trend in heatwaves continues, at the Paris goal of 2ºC warming a heatwave like this will be the norm in June,” he said.

Robert Vautard, a senior scientist at France’s public-funded CNRS research institute, said “temperatures in France could potentially rise to about 50°C or more by the end of the century,” if nothing is done to reduce emissions of global warming gases.

“We experienced a heatwave whose intensity could become the norm in the middle of the century,” Vautard said.

In particular, the all-time temperature record in France was broken on June 28, with 45.9°C registered, up from the previous record of 44.1°C. In Switzerland, new June records were confirmed at more than 40 stations, while in In Austria and the Netherlands, the whole month of June 2019 was the warmest ever recorded.

And the trend is only up. “Every heat wave occurring in Europe today is made more likely and more intense by human-induced climate change,” says a summary of findings from the World Weather Attribution group.

The study also found that heatwaves are more frequent and more severe than climate models had predicted until now.

“This is a strong reminder again, that climate change is happening here and now. It is not a problem for our kids only,” said Friederike Otto, from the Environmental Change Institute at the University of Oxford, UK.

However, there were also exceptional circumstances that made the June heatwave particularly intense. “Upper air made a long-distance, direct and rapid travel from Sahara to Europe, a fairly exceptional situation which is however not resulting from climate change,” Vautard said.

The quick analysis by the World Weather Attribution group is not yet peer-reviewed but is authored by experienced scientists who are familiar with climatic conditions in the region studied.

The full impact of the heatwave will only be known after a few weeks when the mortality figures have been analysed. 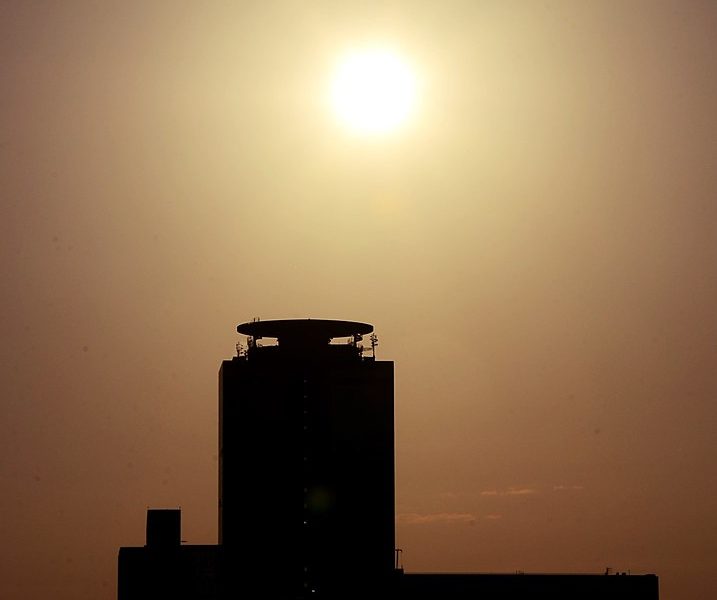 Recurring heatwaves across Europe have been most devastating for the poor. New EU institutions have a mandate to make Europe’s energy transition a just one, but this can only be done if a European Marshall plan is implemented to fight climate change and protect the vulnerable, writes Yamina Saheb.