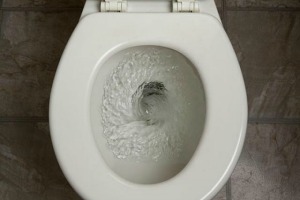 The European Commission will adopt criteria next week on delivering an ecolabel to toilets and urinals, EURACTIV has learned. The decision comes after years of efforts by experts working for the European Commission's environment directorate, as well as "stakeholders" studying “user behaviour” and “best practices”.

The European Commission has engaged in a lengthy effort to define an EU Ecolabel criteria for flushing toilets and urinals, according to documents available online.

“The primary aim of establishing criteria for toilets etc. is to increase water efficiency during operation,” Joe Hennon, spokesperson for Environment Commissioner Janez Poto?nik, told EURACTIV. He added later that ecolabels are voluntary and requested by businesses.

Work on developing an EU standard for toilets has started in January 2011, according documents of the European Commission’s Joint Research Centre, Institute for Prospective Technological Studies. A first Ad-Hoc Working Group meeting was held in Brussels on October 2011, with the second such meeting held in the attractive city of Seville, Spain, in June 2012.

A 60-page “technical report” was published afterwards, stating that the working groups have performed the following tasks as part of the project:

Experts have reported that in Netherlands, and maybe soon in France, toilets with more than six litres per flush cannot be installed. Portugal should face the same limitations. In the UK, new toilets with more than 6 l/flush are forbidden and installations of toilets with less than 6 l/flush are encouraged though it depends on where and when the property was built, the drainage system installed, etc. For Britain, the Commission notes that some toilets already in place before the new legislation can use 7 or 9 l/flush.

According to documents, “legal text adjustments” promoted by the Commission foresee that maximum limit for full flush volume of flushing urinal equipment shall be lower than one litre per flush, and for toilets – five litre full flush volume.

But a proposal to limit the flush of urinal equipment to 0.5 litre has been rejected as “not feasible”. And a proposal to limit the flush of toilets to three litres has also been rejected, as according to documents, which state that “the further reduction of the average value to 3 l/flush, would reduce the possibility to apply for the EU Ecolabel for this product group to the negligible market share”.

Further down, the minutes of one of the expert group meetings singles out the following “key findings”:

Experts have agreed that two “key elements” appear to affect the water consumption of flushing toilets and urinals: their design and the user behaviour. Regarding user behaviour and “based on the discussions with stakeholders”, the experts have decided to set the average flush volume as "the arithmetic average of one full flush volume and three reduced flush volumes".

Although it may be reasonably argued that the water consumption of toilets and urinals do pose environmental problems, many would also argue that such work is a waste of public money. Last week, British Prime Minister David Cameron spearheaded a campaign to "cut EU red tape" and roll back unnecessary regulations.

In his latest State of the Union address, European Commission President José Manuel Barroso, said the EU executive should be “big on big things and smaller on smaller things”.

The EU executive has recently given up on plans to regulate the size of olive oil bottles and has previously abandoned a policy discriminating against curvy cucumbers.

The EU Ecolabel is an element of the European Commission’s action plan on Sustainable Consumption and Production and Sustainable Industrial Policy adopted on 16 July 2008.

The Ecolabel is a voluntary scheme established to encourage manufacturers to produce goods and services that are environmentally friendlier.

The EU Ecolabel flower logo facilitates consumers and organisations to recognise the best environmentally performing products and making environmentally conscious choices more easily. A product (good or service) awarded with this label must meet high environmental and performance standards. The EU Ecolabel covers a wide range of products, and its scope is constantly being widened.