"The target is what counts, we use every method to get there," said Frans Timmermans, EU Commission vice-president in charge of the Green Deal. [EPA-EFE/Virginia Mayo]

“If you look at the logic and the methods applied by UNFCCC, they all include carbon sinks,” said Frans Timmermans, the Commission vice-president in charge of climate policy.

“This is exactly what we have done at the European Commission,” he told journalists at a press briefing. “So I think we’re on solid ground here”.

Timmermans was speaking after the EU executive officially unveiled its plan to reduce the EU’s greenhouse gas emissions by at least 55% by 2030 compared to 1990 levels, up from 40% currently.

The updated 2030 target, announced the day before by Commission President Ursula von der Leyen, aims to put the EU in line with its commitments under the Paris Agreement and the bloc’s broader objective of becoming the first “climate neutral” continent in the world by 2050.

But environmental campaign groups denounced the Commission’s plan to include carbon sinks in the target, saying this was “an accounting trick” to meet the 2030 goals.

“The Commission is greenwashing its own climate target: including carbon dioxide removals in the calculations means emissions will actually go down by a lot less. We’re facing a climate emergency, and there isn’t time for games,” said Alex Mason from the WWF.

In Europe, forests are currently a net carbon sink because they take in more carbon dioxide than they emit. On a global level, oceans and forests are the two biggest carbon sinks.

But the capacity of European forests to absorb CO2 “has been shrinking” over the years, Timmermans warned, saying “the sink has to go back to its previous levels” if Europe wants to reach climate neutrality and preserve biodiversity at the same time.

If left unchecked, forest sinks could further decline to 225 million tons of CO2 equivalent by 2030, down from 300 million tons CO2 in 2010, the Commission says. According to the EU executive, the forests’ declining capacity to absorb carbon dioxide is driven by “further increases in harvesting” and negative impacts from natural hazards such as fires and pests caused by a changing climate and growing demand for biomass.

“We really have to take care of our forests. It’s not enough to say we’ll plant 3 billion trees, we need to make sure our forests stay healthy and this is going to be a momentous task,” Timmermans said.

Environmental groups applauded the Commission’s intention to restore healthy forests and ecosystems. But they pointed to inconsistencies with the EU’s existing climate goal for 2030, which according to them, does not take carbon removals into account.

“The current EU target of ‘at least 40%’ agreed in 2014 does not include sinks,” affirms Bert Metz, a climate scientist who co-chaired the mitigation working group of the UN Intergovernmental Panel on Climate Change from 1997 to 2008.

“Including sinks means that the new 55% target would effectively be less than 50% in the current target’s terms,” he wrote in an opinion piece for EURACTIV.

“We need to restore Europe’s forests and protect and restore our precious ecosystems, but that must be on top of greenhouse gas reductions, not instead,” he insisted, saying the 55% target  “must be a real, absolute reduction,” not a net target that takes carbon removals into account. 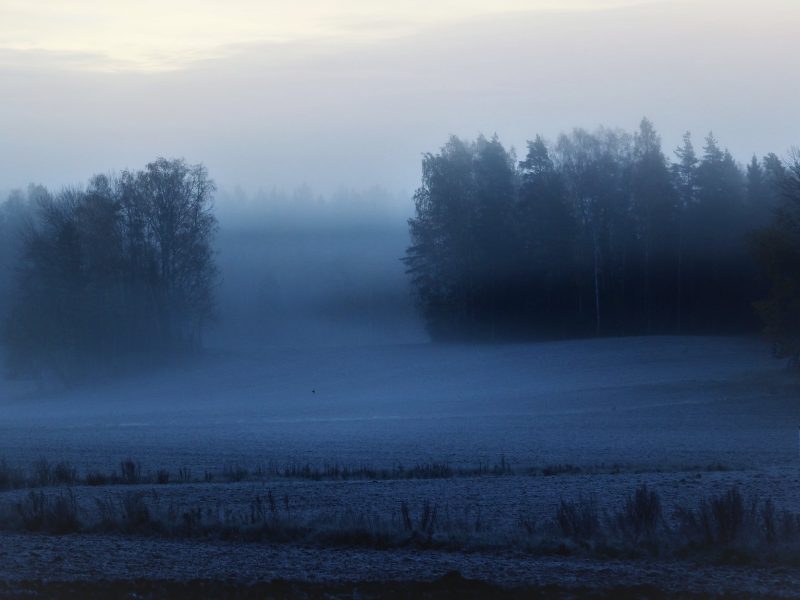 The European Commission’s commendable move to aim for emission reductions of “at least 55%” by 2030 risks being completely undermined if the target also takes into account “reductions and removals” from forest growth and tree planting schemes, warns Bert Metz.

Timmermans strongly rejected the NGO’s accusation that the net target is an accounting trick.

“I really dispute the idea that this would in fact mean only 50% reduction,” he said. “I don’t understand the logic, carbon sinks play a role, it takes CO2 out of the atmosphere – isn’t that what we want to achieve?”

“I honestly believe there is no problem with that,” Timmermans added, saying all that matters is that the EU achieves its 2030 climate goal.

Officials who briefed the press afterwards told a different story however, and did recognise that the 55% target would be lower by two percentage points without carbon removals. This would translate into an emissions reduction target of 53%, not 55.

“The 53% is calculated without taking into account the removals, and the 55% is calculated with removals,” the official said. And using the EU’s current method to calculate carbon sinks “would shave away probably about half of those 2 percentage points,” he explained, suggesting the target would effectively be around 54% using today’s carbon accounting rules.

Green campaigners who analysed the Commission’s impact assessment on the 2030 target came to different conclusions, however. Depending on the scenarios, the effect of including carbon sinks “varies from just over 2% to nearly 5%, depending on whether you think the sink will be at the low end (225 million tonnes) or the high end (340 million tonnes),” said Alex Mason from the WWF.

“This makes clear that including sinks in the 2030 target makes a significant difference – it means other sectors such as buildings, transport and agriculture won’t have to cut emissions by as much.”

Mason also insisted that the EU’s current 2030 climate target does not take carbon removals into account, and accused the Commission of trying to cover up the change in carbon accounting rules.

“The Commission is trying to downplay the significance of this change – and appears even to have altered text on its website in order to imply that the 40% target has always been a net target,” Mason told EURACTIV.

“But it’s clear that the 55% target Ursula von der Leyen and Frans Timmermans have been trumpeting is not what it seems, and is even further from the 65% cut in emissions that science demands.”

Timmermans himself seemed to admit that carbon sinks were a new element in the EU’s climate target calculation, saying the Commission drew its figures on carbon removals from the most recent findings of the UNFCCC.

“You could wonder why we didn’t include it in the -40% target at the time, because carbon sink is an important element in all of this,” Timmermans said.

“The target is what counts, we use every method to get there.”