In the European Parliament, the work of lobbyists is becoming more subtle. [Symbiot/Shutterstock] [Symbiot/ Shutterstock]

In a study published on Tuesday (21 May), British think tank InfluenceMap analysed the weight of trade associations on EU climate policy. There is still a “significant pattern of
opposition to Paris-aligned climate policy,” the report said.

The report examined the lobbying activities of eight major industry associations between 2015 and 2019, paying particular attention to their influence on climate policies.

It revealed a clear trend: trade associations are lagging behind the companies they represent when it comes to climate protection policies.

The automotive sector, a key industry in Germany, was rated particularly badly. But the heavy-duty industry also received a poor rating.

“Companies in the steel, metal and chemical industries have played a massive role in negotiations for the reform of the EU emissions trading system (EU ETS). They have tried to obtain as many free certificates allocated by EU member states as possible,” explained Edward Collins of InfluenceMap.

And they were quite successful: companies accounting for 90% of industrial emissions continue to be on the EU list for free CO2 allowances. Their modus operandi is well known. In September last year, EURACTIV published an internal document from BusinessEurope, which spelled out the EU employer group’s tactics to prevent tighter CO2 emission standards on industry.

The often negative climate lobbying of trade associations is creating growing unease with  investors pushing for a more ambitious climate agenda. In October, a group of investors representing $2 trillion worth in assets sent a letter to a group of 55 high-emitting European companies asking them to review relationships with key trade associations.

“If these lobbying positions are inconsistent with the goals of the Paris Agreement, we would encourage you to ensure they adopt positions which are in line with these goals,” the letter said.

Increasingly, like-minded companies are also forming ad-hoc coalitions to push for more ambitious climate policies. At the end of April, a group of companies, including Unilever, Ikea and Philips, appealed to EU heads of state in support of an EU objective of reaching climate neutrality by 2050.

“Putting climate change at the top of Europe’s agenda will provide business with the clarity and confidence to invest in the sustainable, net zero emissions industries of the future,” the letter said.

For InfluenceMap, such coalitions have now become a growing trend. “We are seeing many companies transitioning to more climate-friendly business models and making their voices heard. For these models to remain sustainable, however, they need political support. Especially in the last three years, there has been quite a change,” Collins said.

But how can it be that some lobby organisations appear to have moved away from companies?

“Some lobby associations have to represent very broad interests. An unwritten rule is that those companies that have the most at stake may assert themselves. And those with positions that contradict the most with ambitious climate policies, tend to be the loudest,” said Collins.

The feeling that they are no longer adequately represented in Brussels on climate policy have already led big players to announce they will reconsider their representation of some trade associations. This includes German blue chip companies such chemical giant BASF, electric utility RWE, Dutch oil major Shell and Norwegian energy utility Equinor.

“Some companies have even disclosed their lobbying activities. Because they are currently under far greater pressure than they used to be,” said Collins.

According to Collins, lobbying has also become a more subtle exercise.

“On the surface, many companies are pleading for greater climate protection. But then, they point to the economic consequences, the loss of jobs and competitive disadvantages, on the basis of which they then argue against concrete draft laws,” he says.

Contacted by EURACTIV, the German association LobbyControl also confirmed this: “Only if there is a business opportunity, will a car manufacturer argue in favour of electric cars. But it will do everything to avoid an increase in costs for its core business, usually that of combustion engines,” said Nina Katzemich, EU campaign manager at LobbyControl.

“No company can deny climate change – so all we are seeing is a change of narrative for lobbyists, nothing more,” she added. 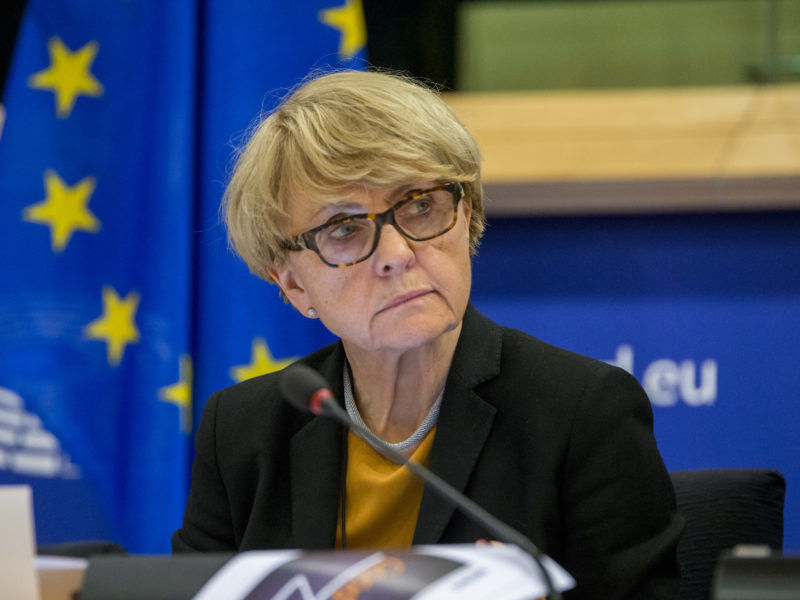 Compared to the national governments of the member states, the European Union is ahead of the curve when it comes to transparency, former Regional Policy Commissioner Danuta Hübner told EURACTIV in an interview. But improvements are still badly needed.

EU environment ministers took until nearly midnight on Tuesday (9 October) to agree on a common position for car and van CO2 emission cuts for 2030 but several member states were left "disappointed" with the final agreement.