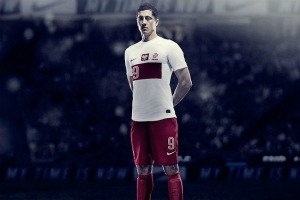 As the Euro 2012 football competition nears kick off, the continent’s most skilful footballers have been warned that their shirts could well be stuffed full of harmful toxins by the European Consumer Organisation, BEUC.

A study by the group has found “worrying” levels of chemical content in nine shirts tested, six of which contained lead, a heavy metal. In the Spanish and German kits, the lead levels exceeded the legal level for children’s products, BEUC claim.

The Portuguese and Netherlands teams will play their matches in shirts containing nickel while Poland’s shirt “should be banned outright from shops as it contains an organotin compound (used to prevent sweat odour) in higher doses than [the] legal limit,” a BEUC statement said.

Organotin can be toxic to the nervous system.

Worse, Nonylphenol – which can disrupt the endocrine system and is banned from wastewater because of its harmful effect on the environment – was found in the Spanish and Italian teams’ shirts.

“Football fans pay up to €90 for the shirt of their favourite team,” said Monique Goyens, BEUC’s director. “The least they should expect is to have a quality and safe product.”

“It is inexplicable that heavy metals are used in mass consumer products,” she added. “It is clearly foul play by manufacturers to use substances harmful to both people and the environment.”

CEFIC, the EU chemical industry organisation, said it would not react to the BEUC study until it takes the time to analyse it in more detail.

The European Commission is preparing to review its 2007 REACH legislation, which for the first time required chemical manufacturers to register and submit their products for safety screening and authorisation.

Goyens said that BEUC’s tests illustrated that the legislation was not currently “fit for purpose”.

Martin Besieux, the toxic water campaigner at Greenpeace International said: "This latest research is yet another wake up call for the fashion industry, which urgently needs to clean up its act and remove all hazardous chemicals from its products and production processes."